It's been a little more than two weeks since the shooting inside Heritage High School in Newport News. 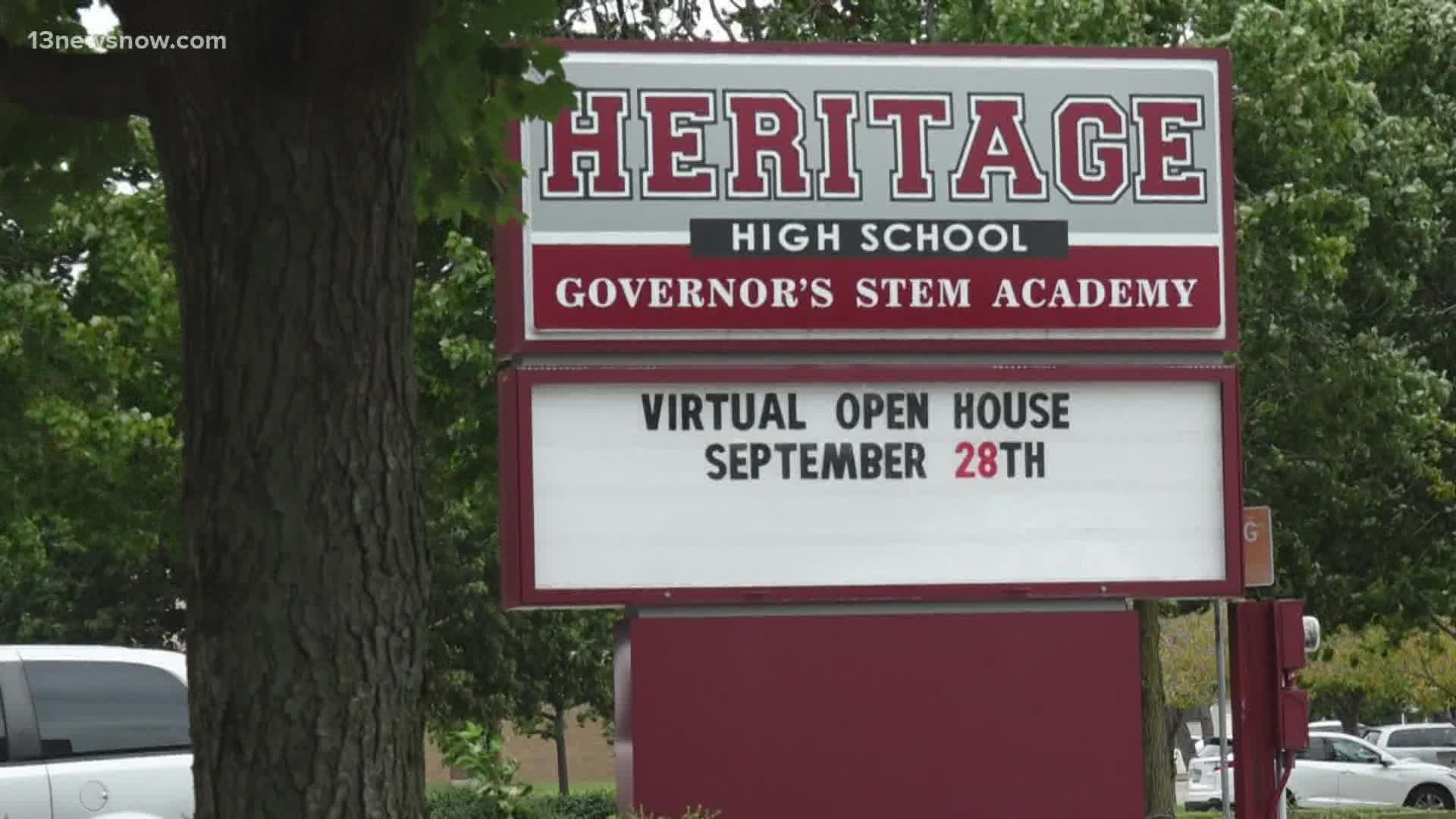 NEWPORT NEWS, Va. — The Newport News Public Schools board met Tuesday night to discuss safety measures at their schools, as well as a plan to get kids back in the classroom.

During the meeting, administrators emphasized that they collected feedback on school safety from students, staff, teachers and parents.

Since the shooting inside Heritage High School on September 20, a safety plan committee has also been formed.

"With every crisis situation, you have to find a pathway forward," said Superintendent Dr. George Parker.

The pathway forward will include a total of seven, rather than four, school security guards in the building.

At the time of the shooting, administrators said the school resource officer (SRO) was on split assignment at neighboring Achievable Dream Middle and High School.

One of the most visible changes will be the increase of random bus and classroom searches with metal detectors.

Dr. Parker clarified that he does not envision an airport-style entry for students at the school.

“It would not be favorable a year from now, two years from now as a sustainable practice and it impacts the culture of the school," he said.

Dr. Parker also mentioned some of the new safety protocols could be implemented in other schools within the division.

Teams for mental health and counseling will continue to be available.

"We will continue to have on-site, as well as virtual support," said Executive Director of Student Advancement Michele Mitchell.

School Board Member John Eley spoke about what he's heard from the school community. "Teachers, they’re terrified. A lot of the students, they are terrified."

Recognizing the healing process will take time, administrators laid out a phased approach in the return to campus for Heritage and the Huntington Middle schoolers on the top floor.

“We will finalize the plan, get it in a presentable format and we will begin to reengage the faculties of both schools, beginning next week," said Dr. Parker.

A “student and family open house” is planned to take place, before face-to-face instruction.

"I'm looking forward to hearing what they're going to do going forward to prevent future incidents and how to get more feedback from the community and the students," said Chanel Pride, mom of an 11th grader at Heritage.

As far as when they’ll go back to in-person learning, the timeline for that remains unclear.

Newport News Public Schools leaders did tell 13News Now that athletic programs should return sometime this week. They said that will be paired with continued access to mental health support teams.