Reverend Kevin Swann is dedicated to fighting injustice and extending a helping hand to those in need. 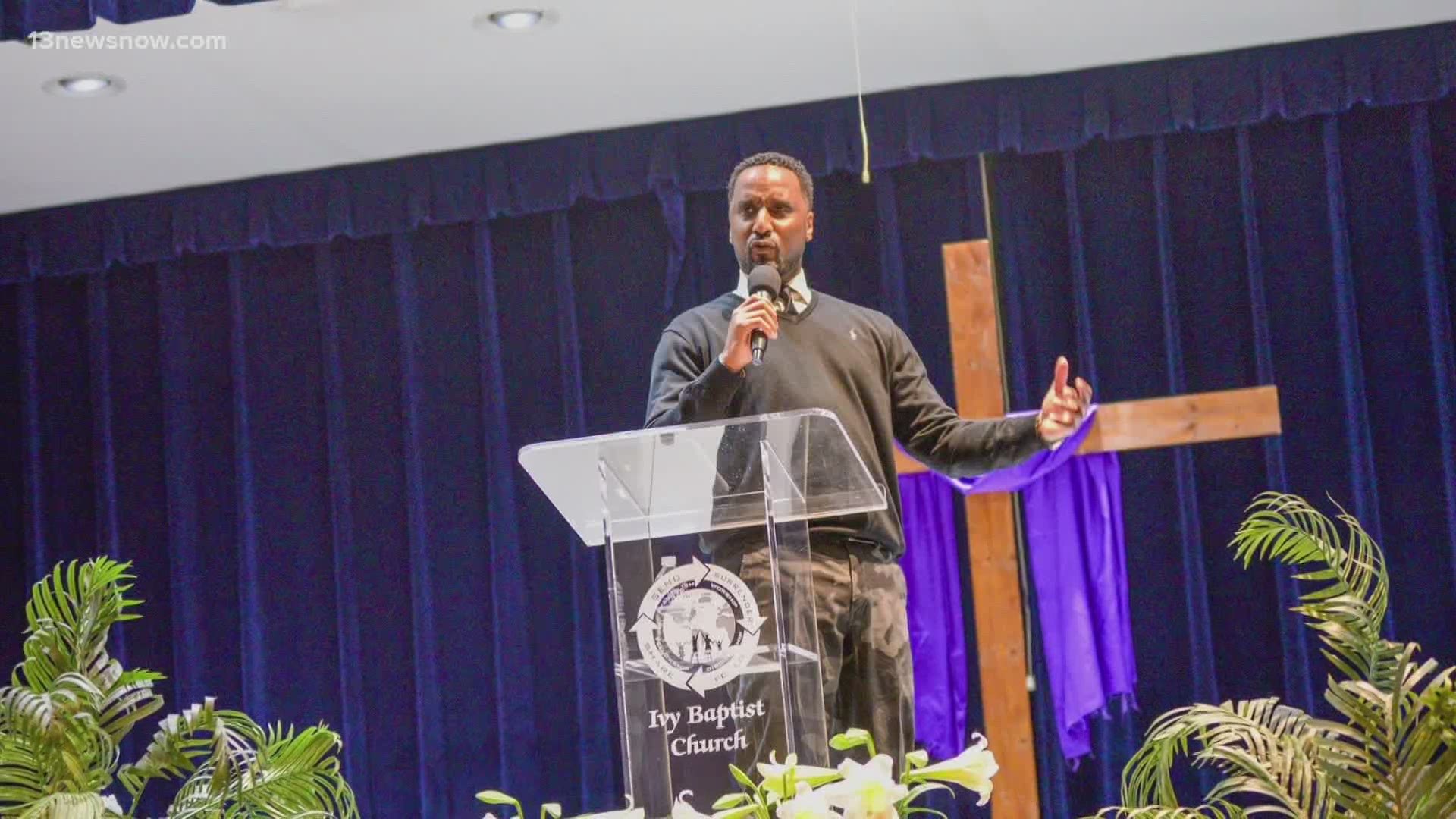 NEWPORT NEWS, Va. — He's known as a leader with a servant’s heart.

He said he promotes relationship over religion and practices what he preaches. "I just believe that if we can get back to the village mentality, where everybody knows everybody, you're looking out for other people's families whether they're your blood or not, and then the church can be a centerpiece of the community again like it used to be, then I think we could get back to just having safe spaces," said Swann.

Among Reverend Swann’s community involvement efforts, in 2016 he co-founded the VA Unity Project— a group of faith leaders, elected officials, law enforcement, and community members working to combat racial injustice and curb community violence. "It was started because of a police-involved shooting in Newport News," said Swann. For more information about the VA Unity Project, visit https://www.facebook.com/VAUnityProject/?ref=page_internal

"We realized that many people in our community just don't have a voice," said Swann. "And what we wanted to do with the V.U.P. is to build those relationships with elected officials, with law enforcement, to have seats at the table to communicate their voices."

His nonprofit ‘Kevin Swann Enterprises’ has helped people in disadvantaged or low-income communities for more than a decade. "People in those communities are good people; they just lack opportunity," said Swann. "So, we've done basketball leagues and tournaments. We've also done some financial initiatives with young people to teach them the value of money before they get it. And then we've taken them to Richmond so that they can see how the government works and how resources work in our state."

"If you can see the opportunities that you have beyond your neighborhood, hopefully that'll spark something in you," said Swann. "We're here to help. We're here to put a smile on your face. We're not here to take from you. We want to add to your life and want to see you happy." For more information about Kevin Swann Enterprises, visit http://www.kevinswann.org/.

Reverend Swann said it is up to local leaders to bring people together, bridge the gaps between them, and build a stronger community. "We are polarized in this time-- racially, politically," said Swann. "And the church needs to model what it looks like-- that I can love you and value you and appreciate you, regardless of if you look like me or not or if you voted like me or not."

"When leaders have that mentality that you really want to see the best in the people around you, they will give more to you, they will work harder for you," said Swann. "Because they understand that they are in a position where the leader actually cares for them as a person-- not for the work that they do, not just because you're coming in maybe to get paid, but you really have worth and value."

Last week, Reverend Swann received a Humanitarian Award from the Virginia Center for Inclusive Communities Peninsula Chapter for his volunteerism and leadership. You can watch the full awards ceremony here: https://inclusiveva.org/penawards2021/

Reverend Swann and Ivy Baptist Church are now working on new projects to bring about change in the community. To learn more about the church, visit https://www.ivybaptistchurch.org/.