Man falls out of truck with furniture in Newport News, dies from injuries

The truck was traveling south on Warwick Boulevard near Woodhaven Road on Sunday, March 17. 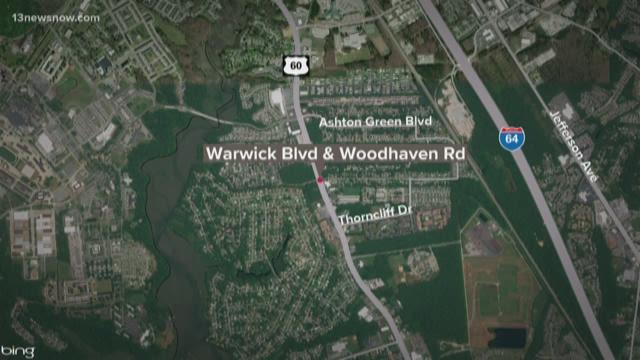 On Sunday, March 17 at 10:52 a.m., Newport News police were sent to the intersection of Warwick Boulevard and Woodhaven Road for an accident with injuries.

It was reported to police that someone had fallen out of a moving vehicle.

When police arrived, a witness told them she saw a small, black truck in front of her driving south on Warwick Boulevard with furniture in the back. While driving several couches and a man fell out of the truck on the street in front of her.

The truck continued to drive without stopping and the woman had to slam on her brakes to avoid hitting the victim.

The victim, identified as 31-year-old Robert Banfiel, was taken to the hospital in life-threatening condition suffering from injuries to his head, face, arms and legs.

Police reported that Banfiel died from his injuries on March 31. The Newport News Police Department Crash Team Unit is investigating the accident and trying to locate the vehicle and driver.

There is no further information at this time.