Police said Sarah Johnson let her fiancé Ronald Morehouse sexually abuse one of her children. Morehouse had inappropriate conversations with Johnson's other child. 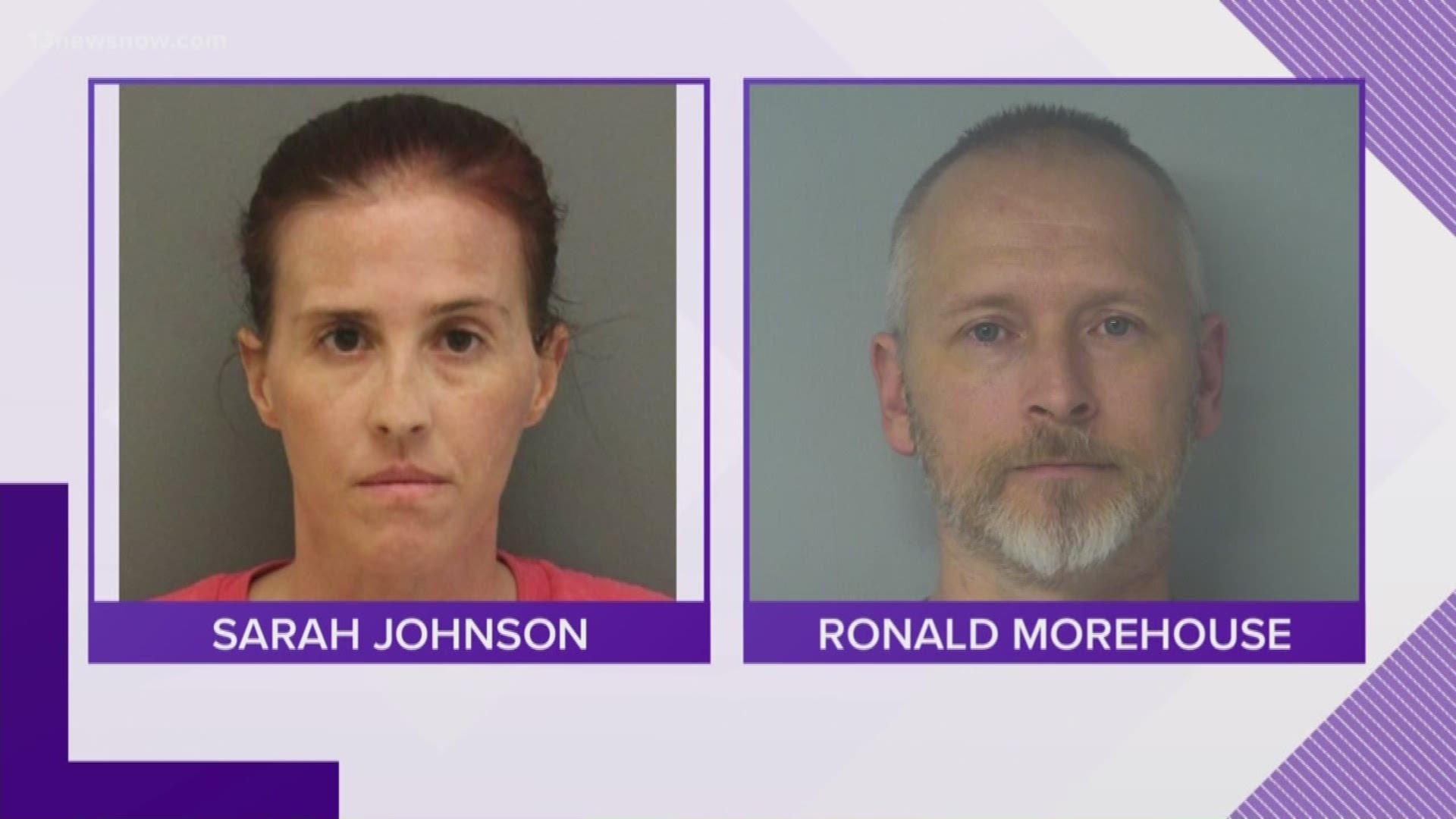 Morehouse is in a relationship with the 12-year-old girl's mother, Sarah Johnson. Court documents said the girl's biological father saw the messages and made the report. James City County Police arrested Morehouse in April.

RELATED: Woman charged with sodomy, other sex crimes against girl in Newport News

Court documents said the girl's 15-year-old sister later told the police, after finding out about Morehouse’s arrest that Morehouse sexually abused her in their Newport News, as far back as 2017 when she was just 14.

Court documents said both girl’s mother, Sarah Johnson, allowed Morehouse to assault her 15-year-old daughter while she watched and gave instructions to her daughter or there would be consequences.

The 15-year-old told police Morehouse recorded some of the incidents on his laptop.

Johnson was in the Newport News City Jail late Thursday afternoon. Her preliminary hearing is on September 4th at 10:30 a.m.