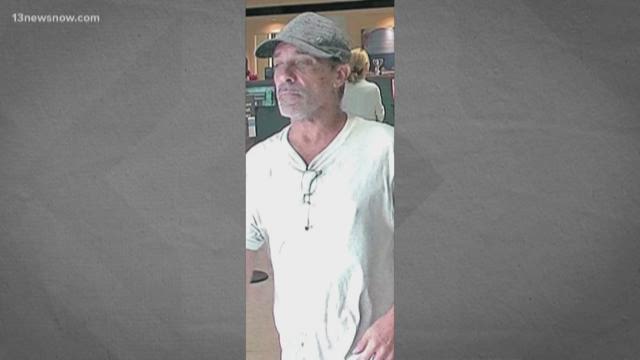 On Friday, police said Paul Richard Zimeras was arrested in Brooklyn, New York and charged with robbery and abduction.

He will be extradited back to Newport News.

On Monday, officers tweeted that they were on the scene at the SunTrust Bank located in the 11800 block of Canon Boulevard, in City Center at Point Oyster.

The Newport News Emergency Communications received the 911 call around 3:10 p.m.

Zimeras was able to get away with cash before police arrived on the scene and then ended up in New York five days later.

No one was injured during the robbery.

Anyone with information is asked to contact the Crime Line at 1-888-LOCK-U-UP.