Newport News is addressing homelessness head on and helping people get back on their feet. 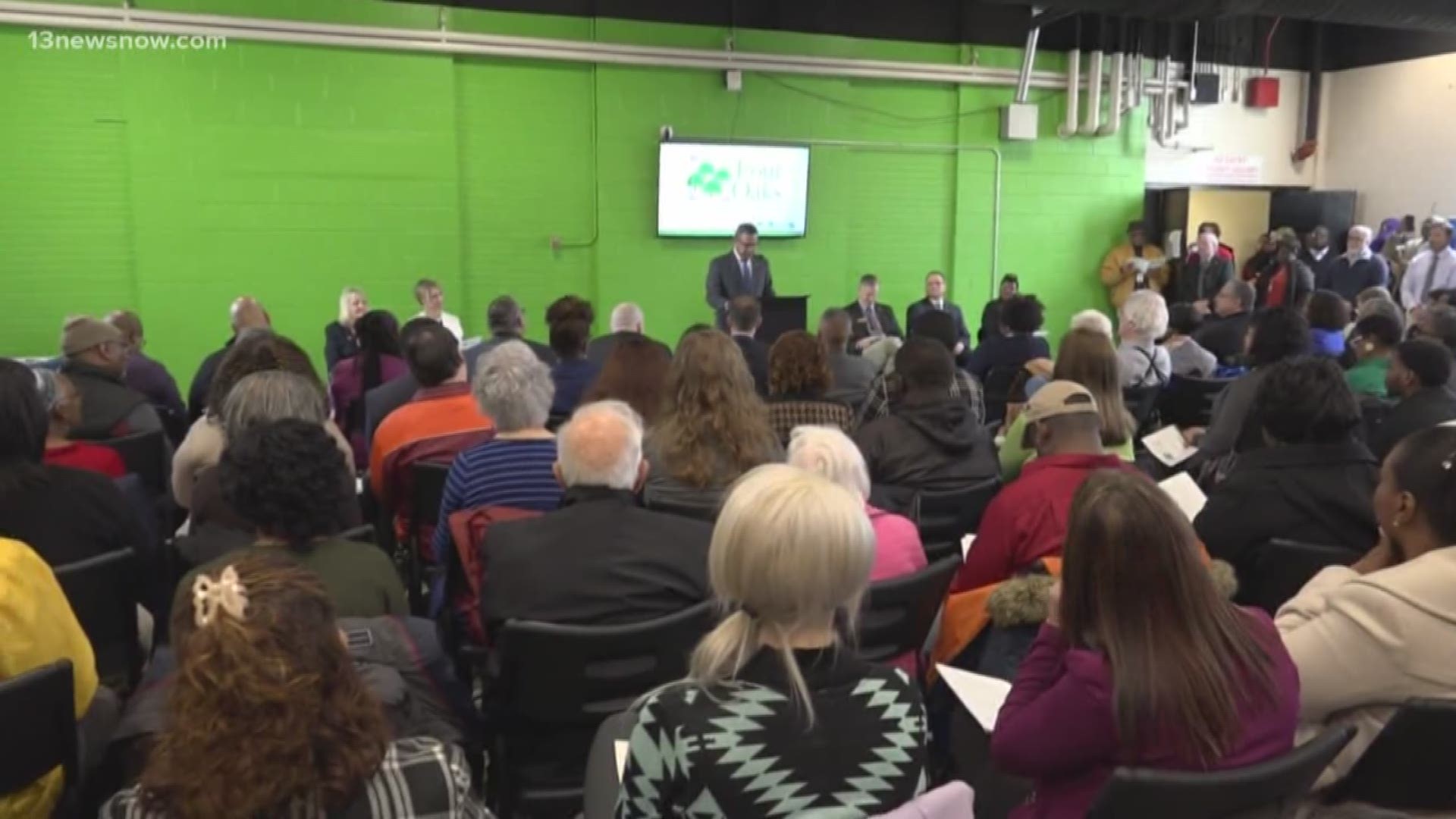 Tuesday, leaders dedicated the new center, and at the same time, hosted a job fair.

They're helping individuals find jobs, a place to stay, a haircut and even a shower if they need it.

“People have talked about what can we do to eliminate homelessness here in Newport News, and I think we found somewhere here,” Davis said. “This is what we call our one-stop shop.”

Davis said at least 300 people have already stepped foot inside the building since December.

William Tynes is searching for not only a place of his own but a job as well. He came to the center just last month, but in that short amount of time, Tynes said he's benefiting from the services they offer.

“It makes me forget about my struggles and to think more positively,” Tynes said.

A Greater Virginia Peninsula Homelessness Consortium report shows there were 439 homeless people on the peninsula in 2018. Of those 439 people, 226 were in Newport News.

Davis and city leaders want to bring that number down, and this center is a start.

“The word is spreading they can come here and get help,” Davis said.

There were several employers at the job fair Tuesday including McDonald’s, Smithfield Foods and Walmart.