'Usually you have to find a location. I made one.' | Newport News dad hopes to start soccer league for children with disabilities

"People say 'Look at this cool building.' But I get the most enjoyment when I see kids on the field," explained dad, coach and HR SportspleX owner Al Cousineau. 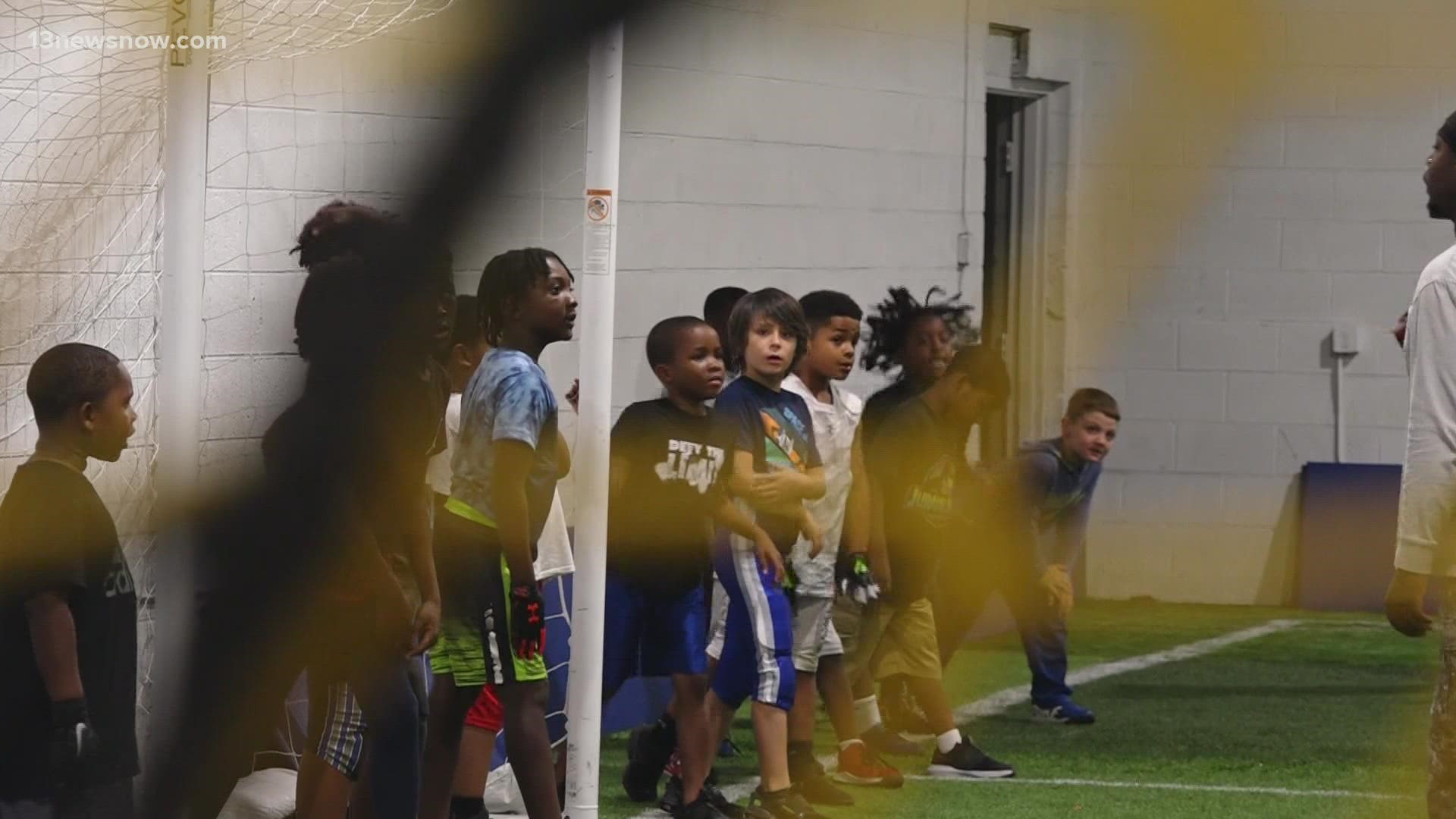 NEWPORT NEWS, Va. — It’s just like that line from Kevin Costner's classic "Field of Dreams" movie: "If you build it, they will come."

“Something that’s always meant a lot to me is coaching, and being a positive influence," Al Cousineau said, standing inside the newly opened HR SportspleX on 79th Street in Newport News.

This summer, Cousineau finished work on the indoor sports complex, converting an old bowling alley and filling it with both turf and multi-use sport courts. Now, youth teams and intramural men's sports leagues use the fields to practice through the mornings and nights.

"People say 'Look at this cool building.' But I get the most enjoyment when I see kids on the field," Cousineau said.

The building is only half the story for the owner. His real inspiration was to change lives for athletes of all abilities.

“You have different hats you wear. I’m a coach, I'm a dad," Cousineau said.

Being a dad is the hat he wears most often. He's the proud dad of a 12-year-old daughter, and 9-year-old Dylan Cousineau. His son was born with cerebral palsy.

“Cerebral palsy is one of those things where, there is a spectrum," Cousineau explained. "Dylan is more spastic, quadriplegic, all of his limbs are affected.”

The father and soccer coach compared the challenge of caring for a child with cerebral palsy to having a newborn child, where they're completely reliant on parental supervision.

Al Cousineau built the sports complex as an escape for the community, but realized it could be for all kinds of athletes, both able-bodied or with disabilities, like Dylan.

“I had found a program in the United Kingdom, which seemed to deal with kids with limited mobility and soccer. That checks the boxes," Cousineau said.

Now that the HR SportspleX is fully open, Cousineau wants to start a soccer league for kids with disabilities called “CP Warriors FC."

“Usually you have to find a location," Cousineau said. "Well, I made one."

Since August, he's set aside the first Saturday of every month by closing off half the sportsplex to give kids with disabilities the opportunity to play in a soccer-style competition.

There have only been two sessions so far, and Cousineau has been trying to build involvement in them through word of mouth. While participation has been minimal, Cousineau said he believes better turnout will come with time.

“Throwing a wide net across the Hampton Roads area, saying 'Hey if you have a child with limited mobility, you can come in play, for free,' because we’re not charging," Cousineau said.

He's glad to be offering a level playing field for a community that might not otherwise have one at all.

“You have to kind of think outside the box, how do we connect these kids to activities that bring them joy, and sports joy. I'm doing what I can," Cousineau said.

The next weekend scheduled to host the CP Warriors program is Oct. 16. 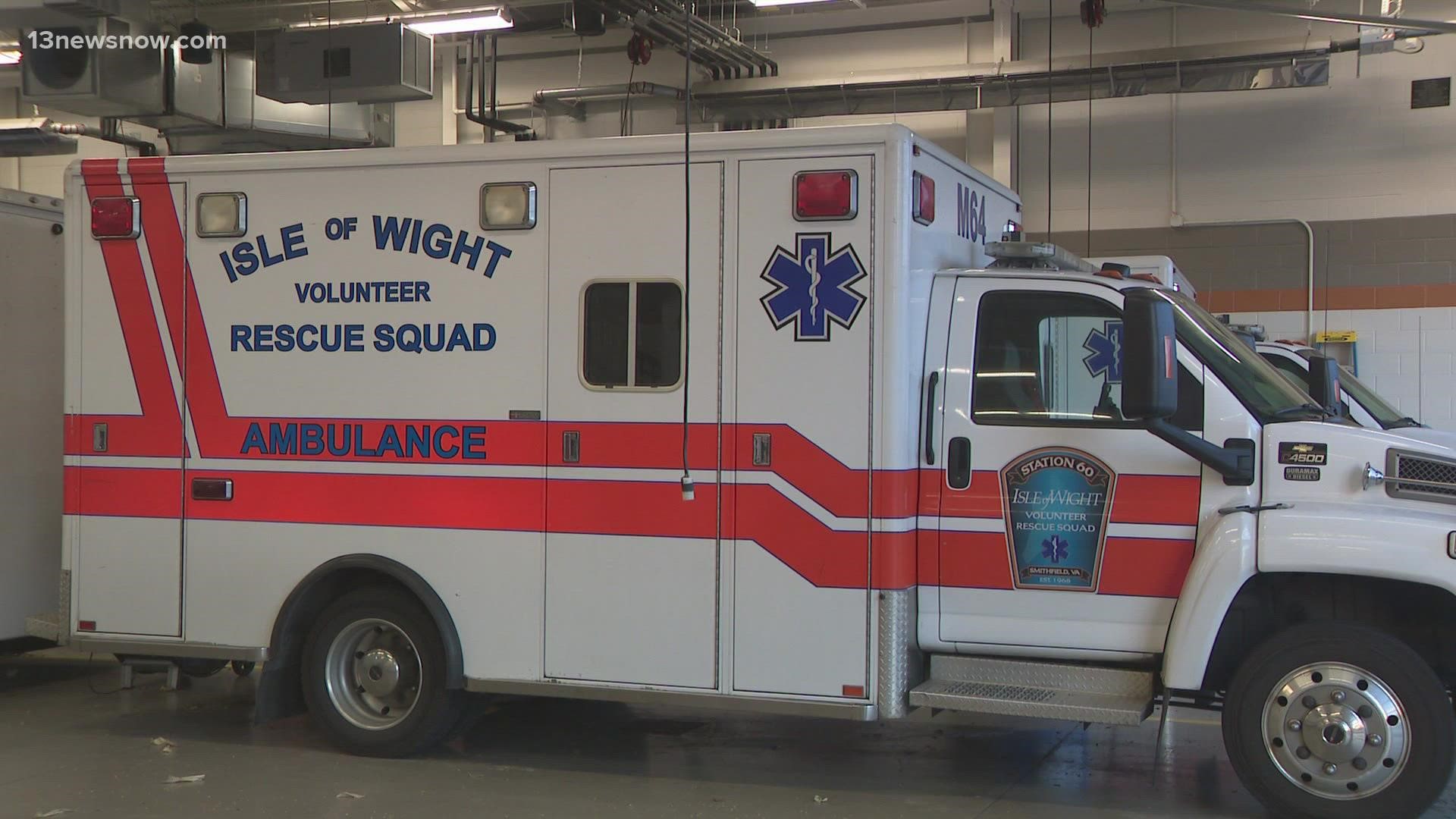