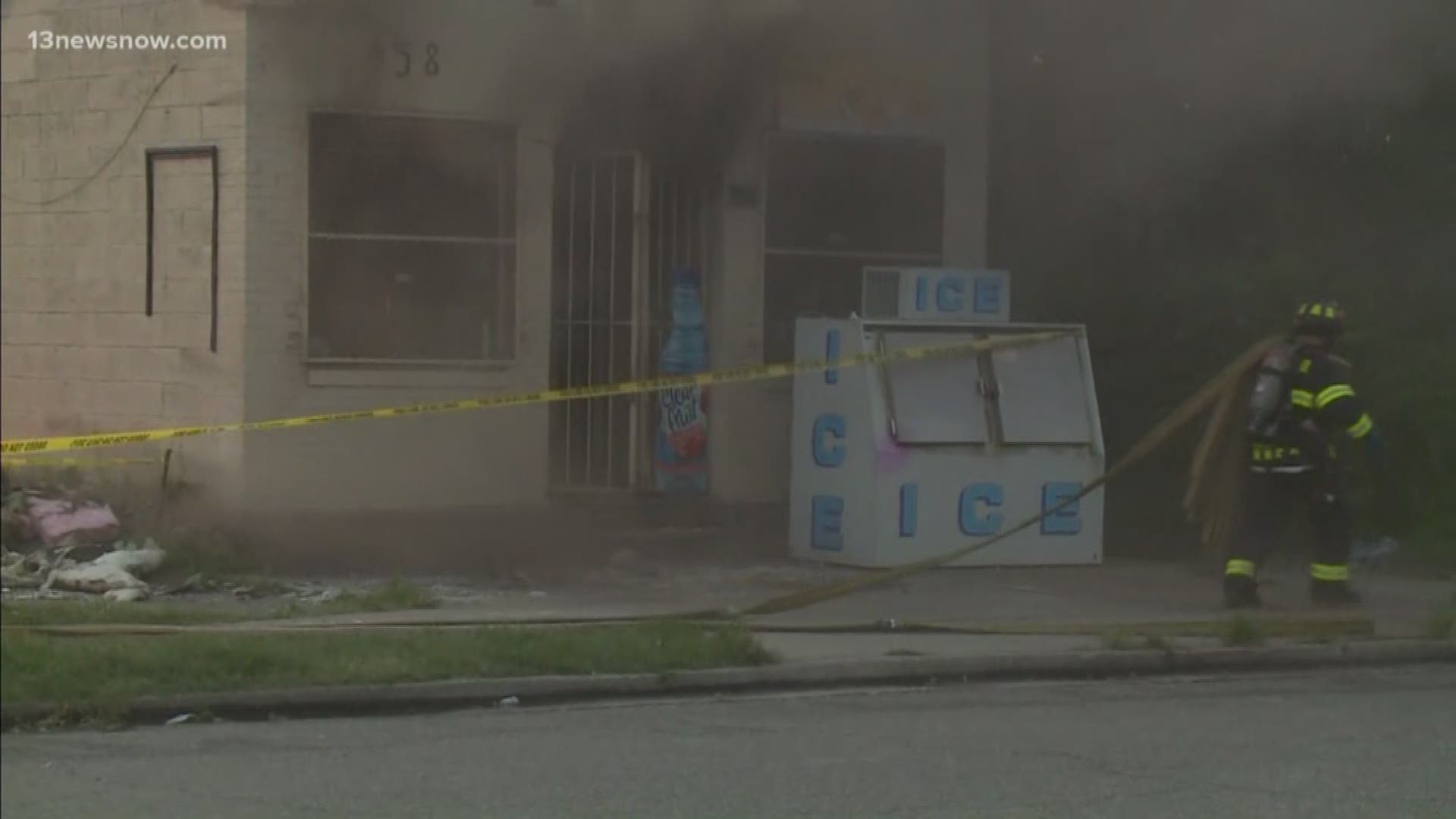 The Public Information Officer for the department said the fire in the 900-block of Ivy Avenue was called in around 3:15 a.m.

Within 10 minutes, the fire was contained. After firefighters left the scene, smoke started billowing from the building.

Crews returned to the scene.

No one was hurt, and no one was inside the building at the time of the fire.

Officials said the flames started in the cooking area, and not much damage was done to the building itself.

The Fire Marshal is investigating the cause of the fire.