Sergio McRae, an English teacher in Wuhan, boarded a plane back to the U.S. Thursday. When he arrives, he'll be under a mandatory 14-day quarantine. 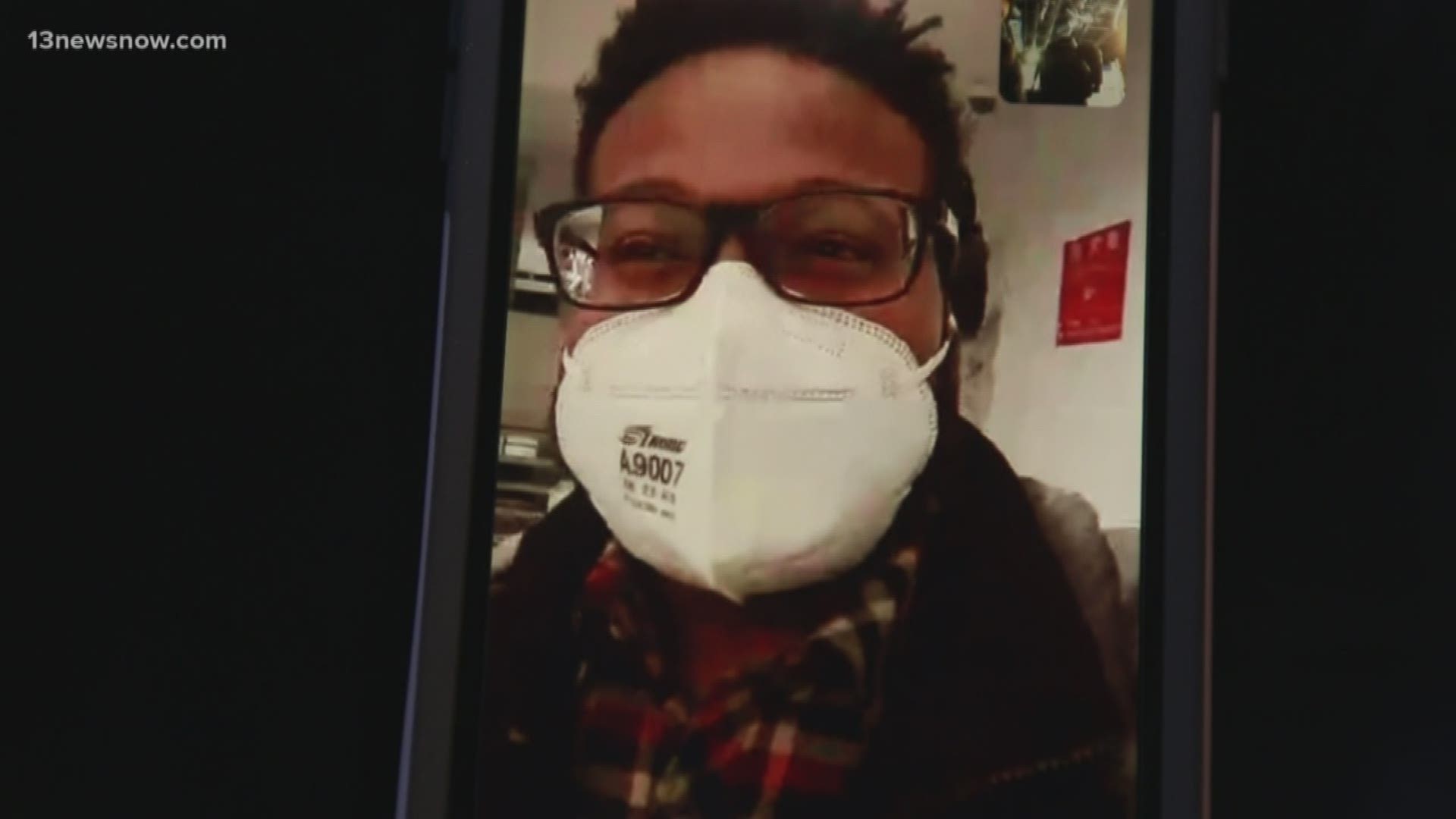 NEWPORT NEWS, Va. — In a push to flee the epicenter of the coronavirus outbreak, hundreds of Americans in Wuhan, China, have evacuated the city and flown back to the U.S. this week.

Among the passengers who flew back Thursday was Sergio McRae from Newport News.

“Last lifeboat, might as well get on it,” said McRae as he boarded one of a few flights back the U.S. this week.

Moments before his flight out of Wuhan, he was unsure of where exactly the plane would land in the U.S.

According to the U.S. Embassy in China, two flights from earlier this week arrived at military bases in California. The Embassy has not announced where the flight McRae boarded would land.

Once McRae and all other American passengers return to the U.S., they’ll have to spend 14 days under a mandatory quarantine.

“My friends and family, they’re worried,” said McRae. “I’d rather give them the peace of mind and also have the freedom to move around that I enjoy, so back home, I’m willing to spend two weeks in quarantine to have a breath of fresh air."

McRae said living in Wuhan since the coronavirus began spreading has been a daunting experience. He began documenting it through Youtube videos. “I’ve mostly just been staying in the house,” said McRae.

“When I first heard there was an outbreak, I immediately limited the amount of time I was going outside and I just started holding up and buying food to limit my exposure to the outside world. Then things started getting worse, they shut down transportation, they closed bridges,” said McRae.

As he prepared to leave the city where he's spent the last six years, McRae said he sends his love to people living in Wuhan.

“It’s amazing how quickly people can get together and work together to make sure that we as humans can continue to live on this earth a little bit longer,” said McRae.

McRae and all other American passengers who evacuate Wuhan and return to the U.S. are screened, monitored, and evaluated every step of the way, including before takeoff.

McRae said in the middle of all of this, he's still expected to continue teaching his students in china through online classes.

After he spends two weeks in quarantine, he plans to head back home to Newport News and start a second job.

RELATED: Chinese doctor who raised alarm on coronavirus dies from the illness