The accident happened around 4:40 p.m. at the intersection of Newsome Drive and 41st Street and involved a motorcycle and a sedan. 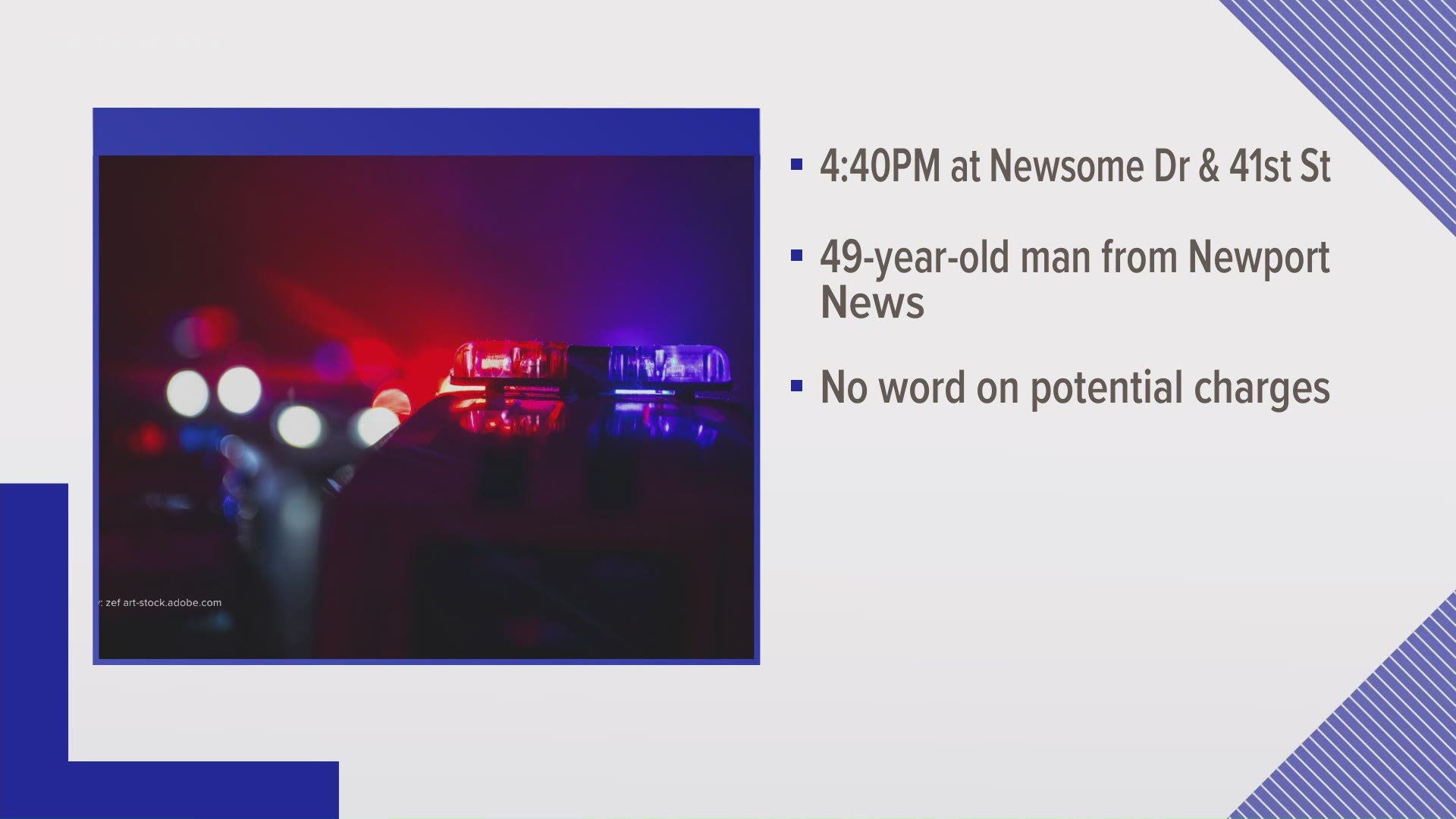 NEWPORT NEWS, Va. — A motorcyclist is fighting for his life following a crash in Newport News on Friday afternoon, police said.

The accident happened around 4:40 p.m. at the intersection of Newsome Drive and 41st Street.

Officers arrived to find a crash involving a motorcycle and a sedan. The motorcyclist -- a 49-year-old man -- was taken to a local hospital with what is believed to be life-threatening injuries. The three people inside the sedan were unhurt.

Police say the cause of the accident remains under investigation. No other information was immediately available.