The organization started when the Hoffmans saw a child carrying his shoes in the middle of November because they were too small. 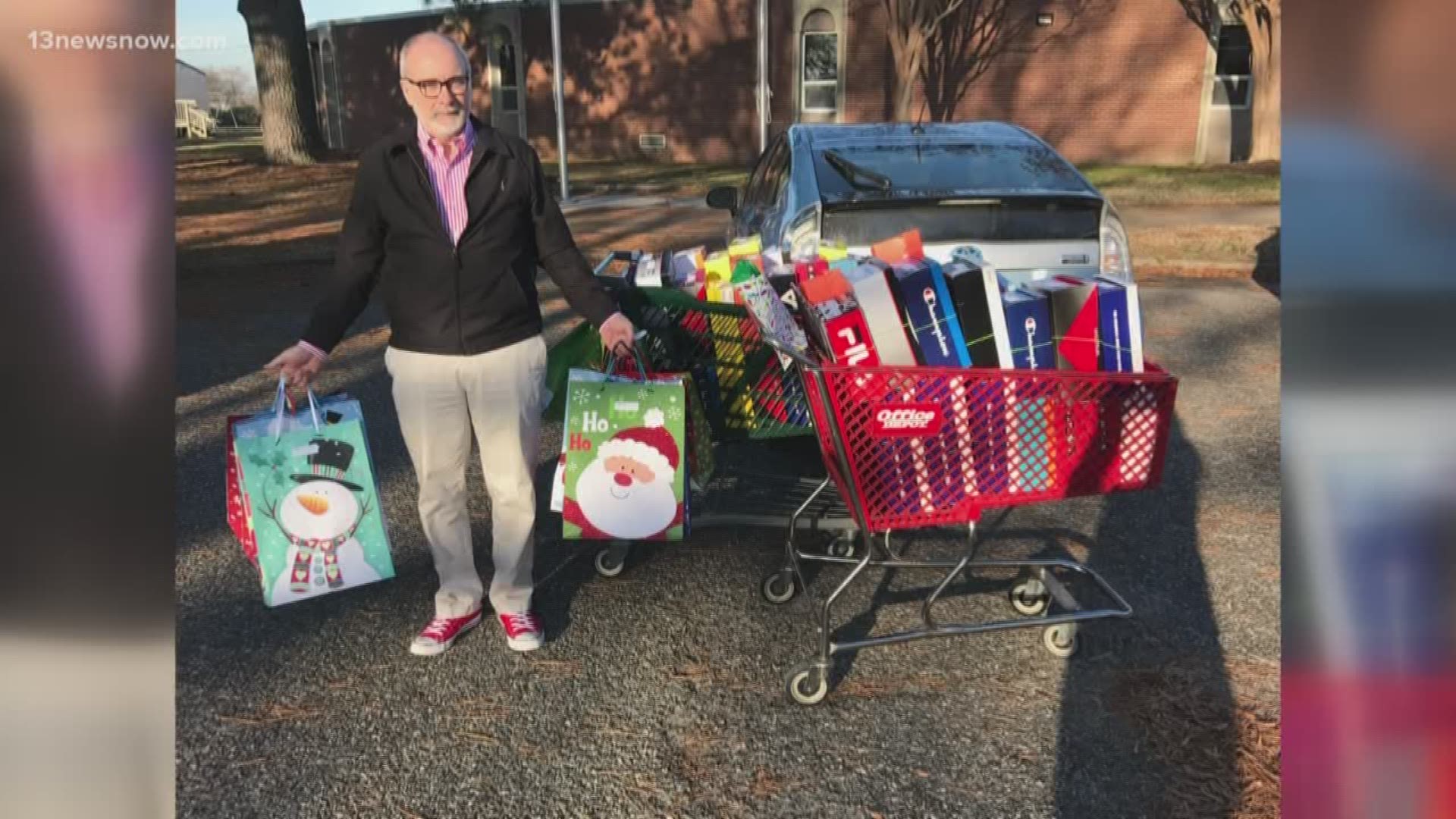 NEWPORT NEWS, Va. — A local Newport News man wants to make sure children in Hampton Roads have a pair of well-fitted shoes this holiday season, and he needs help to make it happen.

“This is something that there’s a need for,” Newport News resident Bill Hoffman said. “All you have to do is spend the day with a pair of shoes that don’t fit. It’s painful, it’s distracting, and for children in particular. It’s a big part of their self-esteem.”

Hoffman founded the nonprofit group "Shoe Lady" with his wife Melissa Hoffman back in 2014 after they saw a six-year-old boy walking barefoot.

“This child was carrying a pair of shoes and it was a cold rainy November day,” he said.

RELATED: 6-year-old with terminal disorder asks for cards from around the world for Christmas

They discovered the child’s only pair of shoes were hand-me-downs from his grandmother and they were too small, but his parents couldn’t afford to buy him shoes of his own.

So, the Hoffmans stepped in and bought him a pair.

“We talked about it a little bit and said: ‘Hmm if there is a child-like this, there must be more,'” Hoffman said.

He’s been doing it ever since entirely out of his living room.

Hoffman works with local schools to identify children in need of shoes. Then he collects money to buy new shoes for the kids or collects donated shoes from the community.

“We’ll have shelves all the way around the perimeter of the room,” he said, gesturing inside his living room. “My house becomes a shoe store for about a week. We use the great big IKEA bags, the enormous shopping bags, they’ll hold about 10 or 15 pairs of shoes each.”

Hoffman’s wife died unexpectedly in 2016, so he and their daughter Caroline continue her work.

“My daughter and I decided we would keep going with this, as part of her legacy,” Bill said. “There’s a lot of poverty. One in five kids lives in poverty right here in Hampton Roads - that’s a lot of children.”

This year, Hoffman said they need more than 800 pairs of shoes to distribute to children at 20 schools.

You can donate money to help through their Facebook page or their website www.ShoeLady.org. Residents are also welcome to purchase shoes to donate.

“We’re down to the last minute and it would be great to have people help," Hoffman said. "The easiest way to contribute right now is to give us money so we can buy shoes to fit the needs.”