Chief Steve Drew carries on his “walk & talks” this summer after having to halt the initiative last year due to the pandemic. 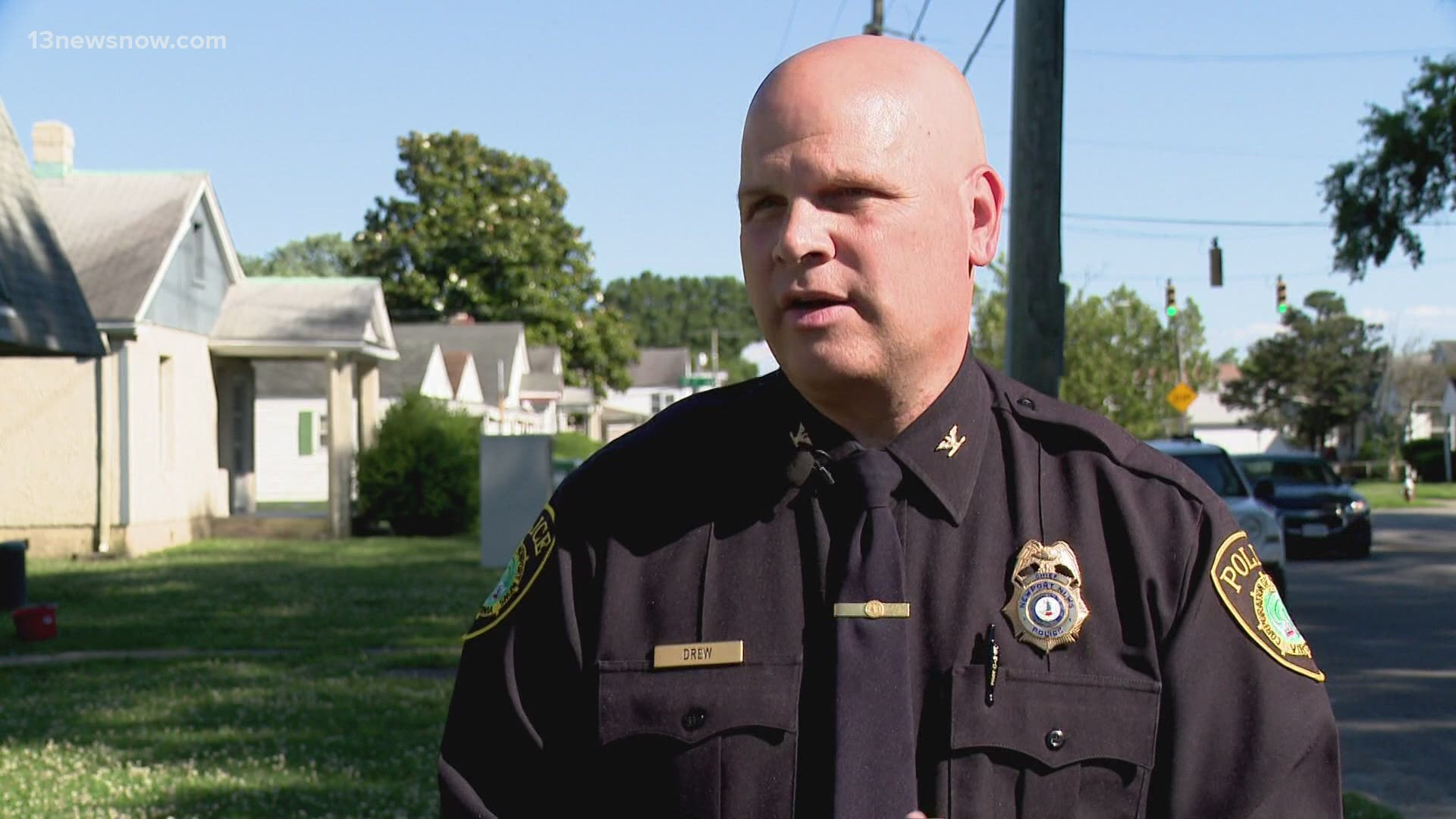 NEWPORT NEWS, Va. — Newport News Police Chief Steve Drew started the “walk & talk” initiative in 2019. Things halted last year because of the pandemic. He tells us he wants to pick it up again more consistently this summer.

The chief wants to do a “walk & talk” on Friday afternoons as often as possible this summer. The department will post what time and which neighborhood is chosen the week of on Facebook.

We caught up with Chief Drew in the Marshall Court area. We asked what his goals are with this outreach.

"One, it's a chance for me to get out and interact with citizens. Two, it's trying to send a message to citizens that they matter to me, that I care about them, that I'm concerned about them," Drew said.