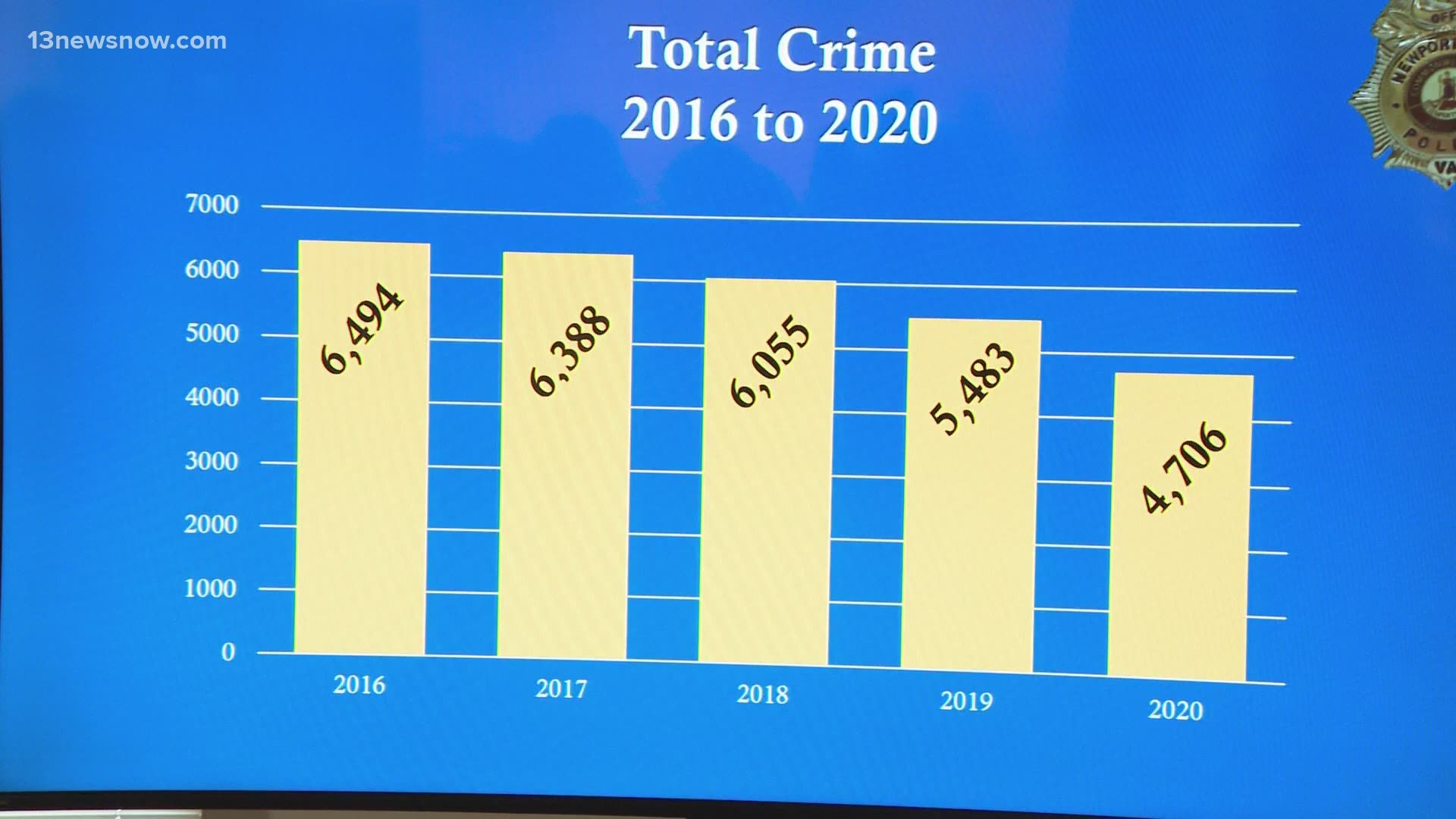 The nearly hour-long presentation was Drew’s effort in providing transparency. One of the major takeaways: the department continues to make major strides in lowering crime rates and increasing trust in the community, but their work is not done.

“We’re always looking at how to do better,” said Drew.

Data presented Friday revealed overall crime in the city decreased by 14 percent, a 5 percent improvement from 2019 when the city saw a nine percent decrease.

When it comes to illegal weapons seized in 2020, the department has a 22 percent increase compared to 2019. There were two more murders in 2020 compared to 2019. While it’s a slight increase, Drew said one murder is too many, and his department’s efforts to combat gun violence continue.

“Each one of those numbers represents an individual, a community, a neighborhood,” said Drew. “I don’t take that lightly.”

While his department had several great accomplishments in 2020, there were also some troubling numbers in the city last year.

Drew said the troubling trends are a direct result of the stress people are under amid the pandemic. When the pandemic forced things to shut down, the number of calls for domestic situations skyrocketed for the next five to six months.

“There is frustration, people are out of work, people are unsure where their next check is coming from, the pandemic stress, people that have lost loved ones,” said Drew.

He said as more domestic situations arise, his department must be ready to respond in the best way possible. One of their goals in 2021 is to undergo new training on communication and de-escalation. He wants his department to focus on mental health, reinventing their role as ‘second responders.’

It starts with the people in his community.

RELATED: Why do we call police? | An analysis of 911 calls in Hampton Roads

In 2020, NNPD received 173,654 calls for service, a 4.7 percent decrease from 2019. Among those calls, there were 80 citizen-generated complaints. Drew said 80 percent of those complaints were related to demeanor, the way in which his officers communicated with people. One of the things they’ll work on in 2021 is improving the way in which they reach out and talk to people.

Additionally, in 2021 the department will focus on completing special training for implicit bias training, learning how to better handle those who are on the autism spectrum, de-escalating situations and technology.

This year, the department will focus on lowering crime in the Beechmont, the Randolph/Bellwood area, and the Marshall Courts neighborhoods.

Drew said the growing calls for racial justice in 2020 are all the more reason to improve the way his department works.

“How we treat people matters.”

Drew also honored and remembered officer Katie Thyne on Friday. Saturday marks the one-year anniversary of her death. She was killed in the line of duty.

Drew said community support continues pouring in for her daughter.

NNPD Chief Steve Drew says his police dept. has made a lot of strides in the community, but the work isn’t done. “We can’t police the way we did in 1985, we have to change. How we treat people matters,” he said. #13NewsNow pic.twitter.com/YvFulmTZe1