Newport News police honor officers who died in the line of duty, including Katie Thyne

The memorial service is normally held every year in May, but was postponed this year because of the the pandemic. 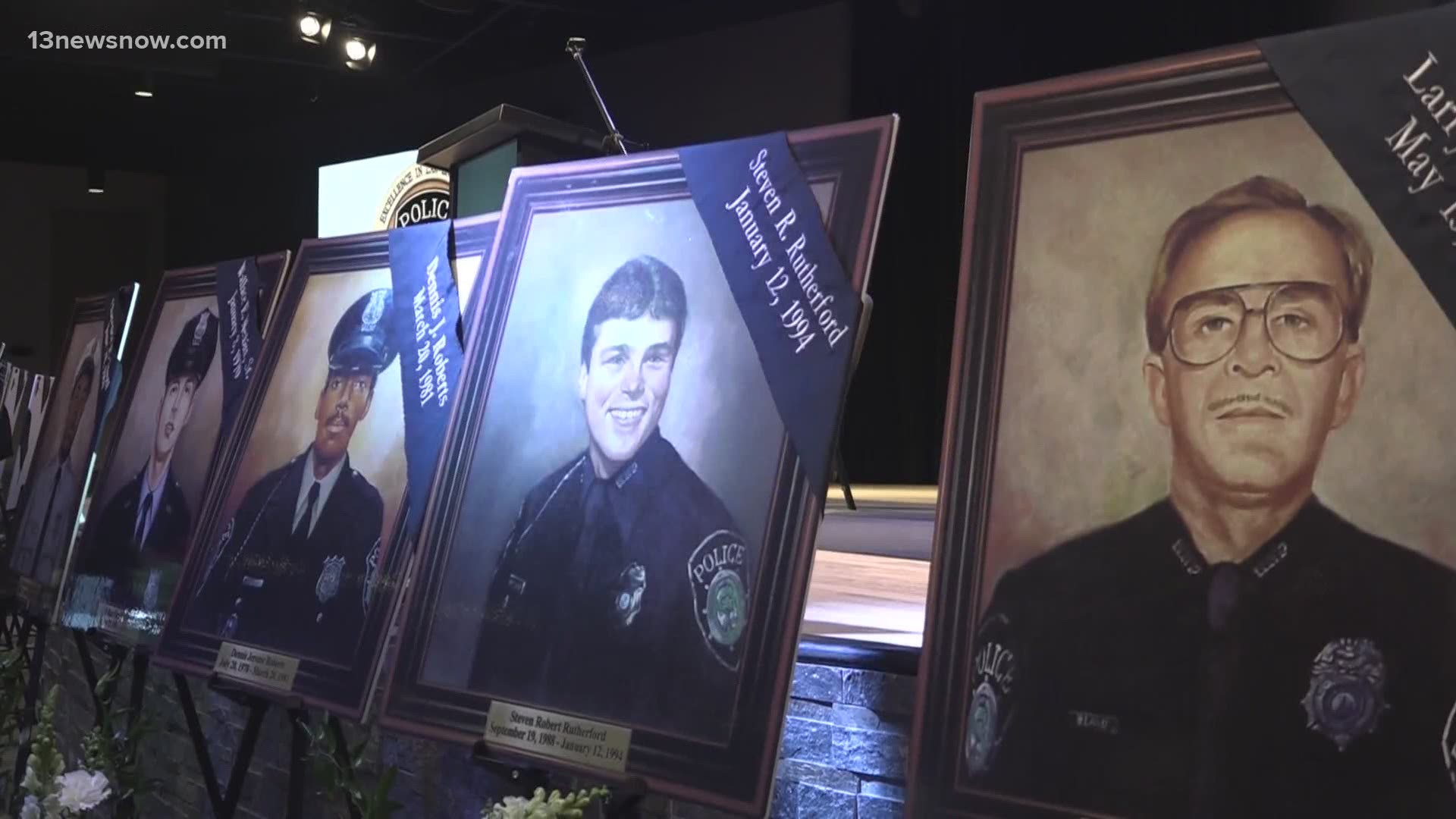 NEWPORT NEWS, Va. — Twelve Newport News Police officers have made the ultimate sacrifice. The most recent, in January, when Officer Katie Thyne was killed during a traffic stop.

On Wednesday, the Newport News Police Department honored them.

It was an emotional ceremony inside Calvary Chapel in Newport News.

Twelve Newport News Police Officers have lost their lives in the line of duty. The first officer died in 1919. The last died this year.

Officer Thyne was killed after a suspect's car dragged her during a traffic stop in January. She left behind a young daughter.

"These men and women who paid the ultimate sacrifice deserve this day and deserve our admiration," said Police Chief Steve Drew. "When sons or daughters see their mothers and fathers leave, they don't know if they're coming home, and for men and women to put this uniform on to serve humanity, to weigh that and still have a commitment to serve each other, it does hit home."

"I remember her (Officer Thyne's) commitment, professionalism, care for the community, as we saw the memorial drive, people lining the street, they were paying tribute to someone who served their community."

The department unveiled Thyne's portrait, which will now hang inside police headquarters.

Chief Drew said Officer Thyne gave her life trying to help and protect others, and the impact she made in such a short amount of time speaks volumes.