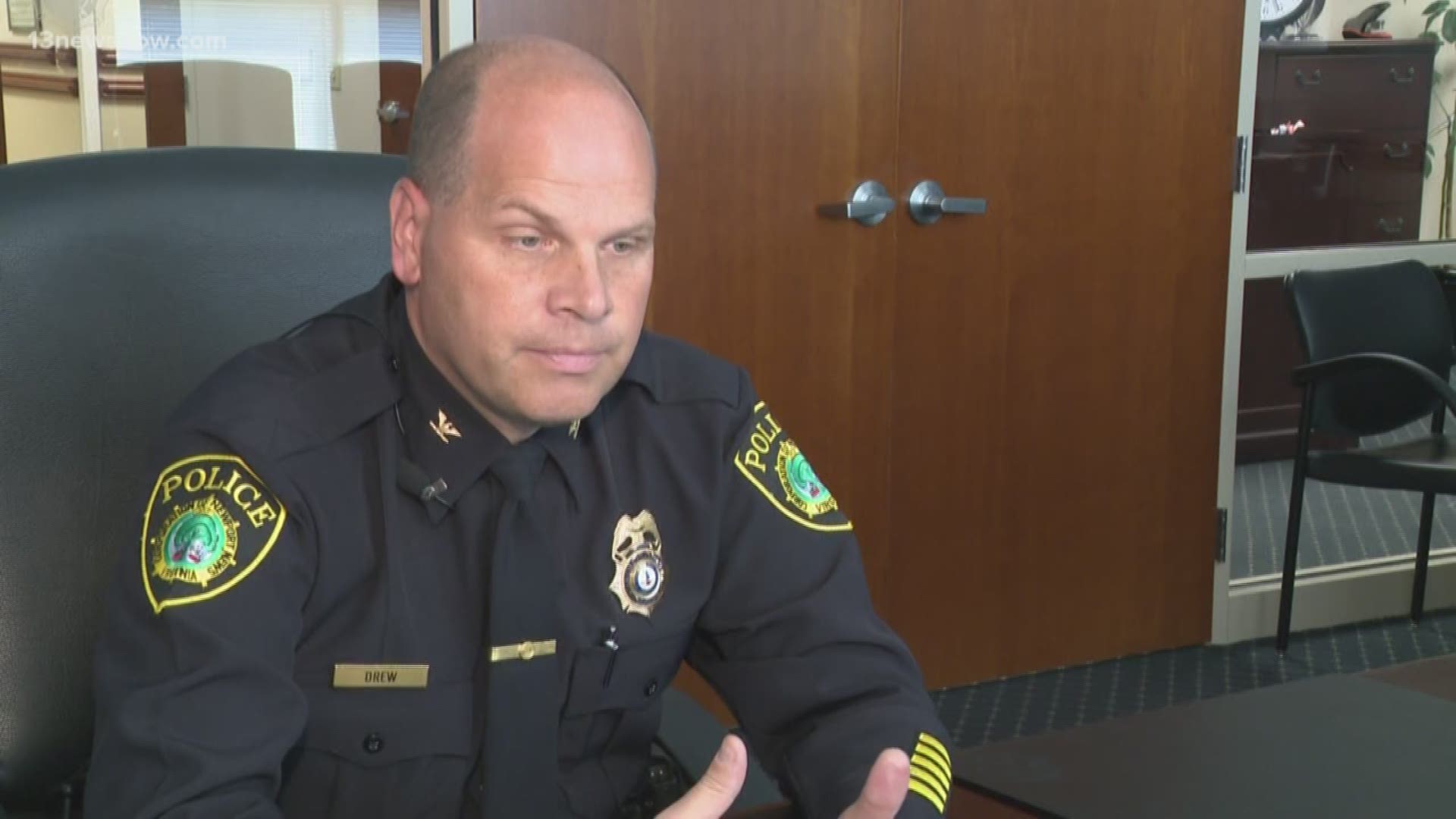 NEWPORT NEWS, Va. — The Newport News police chief said Tuesday domestic violence makes up a “significant number” of criminal cases in his department, and he's taking steps to try to address the problem.

Chief Steve Drew said his department intends to bring a domestic violence coordinator into this office. He said this person will be an advocate for survivors and a liaison between them and police and the commonwealth attorney’s office.

They’ll also connect victims with resources for survivors, like Transitions Family Violence Services, which helps families get out of domestic violence situations.

“We’ve gone to a house, there’s been a domestic and then the next time we see that person is in court," Drew said. "I don’t think that’s the best way to do things. We need constant contact to make conversations, make sure they’re on board, make sure they have what they need.”

“It’s one of the hardest cases to address because it happens so often behind closed doors or behind walls,” Drew said.

He said every crime in his city is down, except for domestic violence.

"It’s what we know about. My concern is the ones that we don’t know about, that we never hear about... I need citizens if they hear something, to call us and let us know and not just assume it’s an argument and turn ahead. We have to be involved."

In addition to the department's partnership with Transitions, Drew is also directing his office to use their fugitive task force to locate wanted suspects, and to train officers on domestic violence crime scene investigations.

The department is also working to raise awareness with a social media campaign and community events.

On October 9th at 6 p.m., there will be an open discussion at Newport News Police headquarters, co-hosted by the department and Newport News Homicide Support Group. It will take place inside the Community Room.

On Saturday, October 19th at 3 p.m., the department, Transitions, and Newport News Homicide Support Group will co-host a Walk Against Violence. The group will begin at Warwick High School.