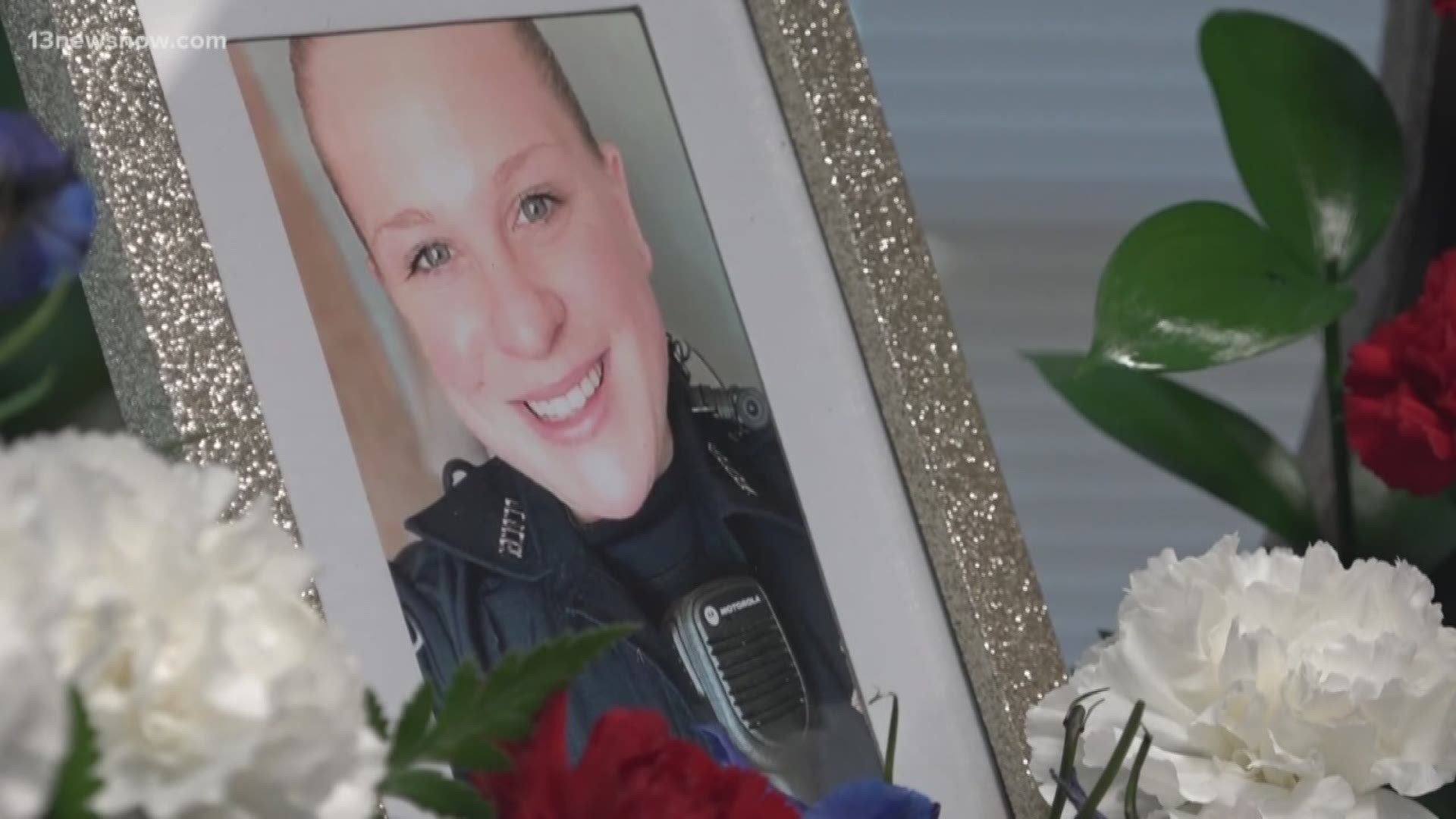 Locally based, veteran-owned business American K-9 Interdiction donated the 10-month-old black labrador after reaching out to the department in hopes of honoring Officer Thyne's memory, according to a news release.

The young K9 will undergo training and serve as a narcotics detection dog.

The K9 is named Fenway--after Officers Thyne's love of the Boston Red Sox.

Master Police Officer Brittany Lewis was recently one of two people chosen to train K9s for the department.

Lewis has served with the Newport News Police Department for almost 10 years. She recently served in the Recruiting Division.

"We are excited to see MPO Lewis and her new partner, K-9 Fenway serve the citizens of Newport News.”

MPO O’Berry joined the Newport News Police Department in April 2007 and was most recently assigned to the Training Division.