Newport News Public Schools released its updated plan to get students back in buildings. Some will be there by the end of February. Others will head back in March. 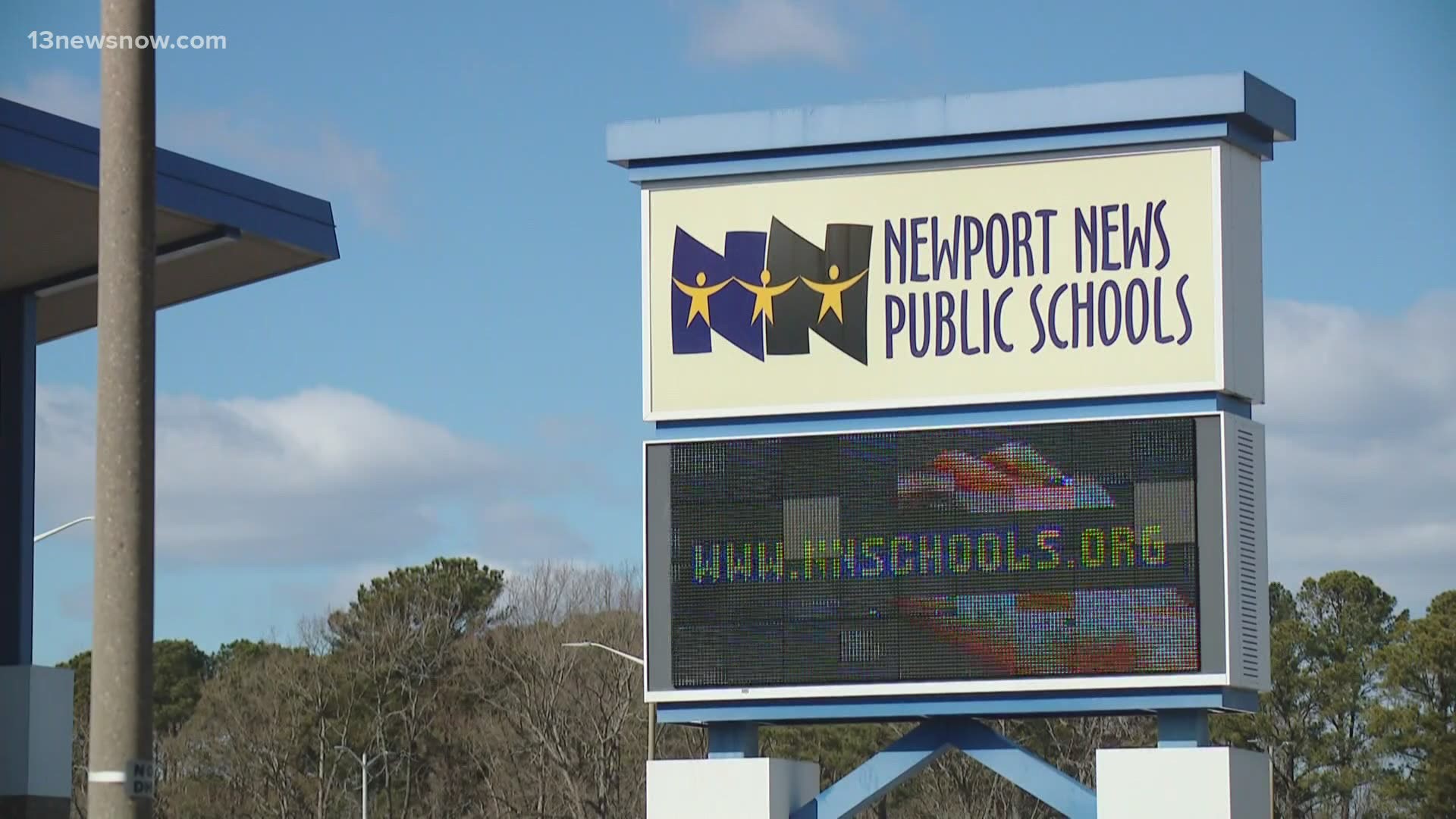 NEWPORT NEWS, Va. — Newport News Public Schools said some of its students would return to the classroom on Feb. 22.

It was part of an updated plan released by the school division Monday.

Those students who will be in the classroom beginning Feb. 22 are children in Pre-K through Grade 3, special needs students, and children who are learning the English language.

Students in Grades 4 through 12 will return to the classroom on March 8 for a hybrid learning model that will blend traditional classroom instruction and remote learning.

This new plan comes after the school division scrapped an earlier one to return students to classrooms on January 11. The reason for delaying was because of a high number of COVID-19 cases in the area.

Retired teacher Lana Munnally said there's no question that children learn better in the classroom, but she understands the need to be careful.

“Children can give you everything they catch, so I understand the apprehension about not opening the schools back up," Munnally said. "I know they’re saying children don’t catch it quite as much as adults do, but still you don’t want to lose even one child.”

Missy Prado, who lives in Newport News, said there are fewer distractions for students in the classroom.

“I think there should be some hybrid learning. So maybe you have one day where some of the students go, the next day, the rest of them go. They’re on the same learning pattern however not all at once," Prado said.

“A little bit of reservation because of the virus but I think that it’s time to get them back into the classroom, now," Rice said. "The kids feed off each other and they help each other, and I think that’s a big learning tool for them," she said.