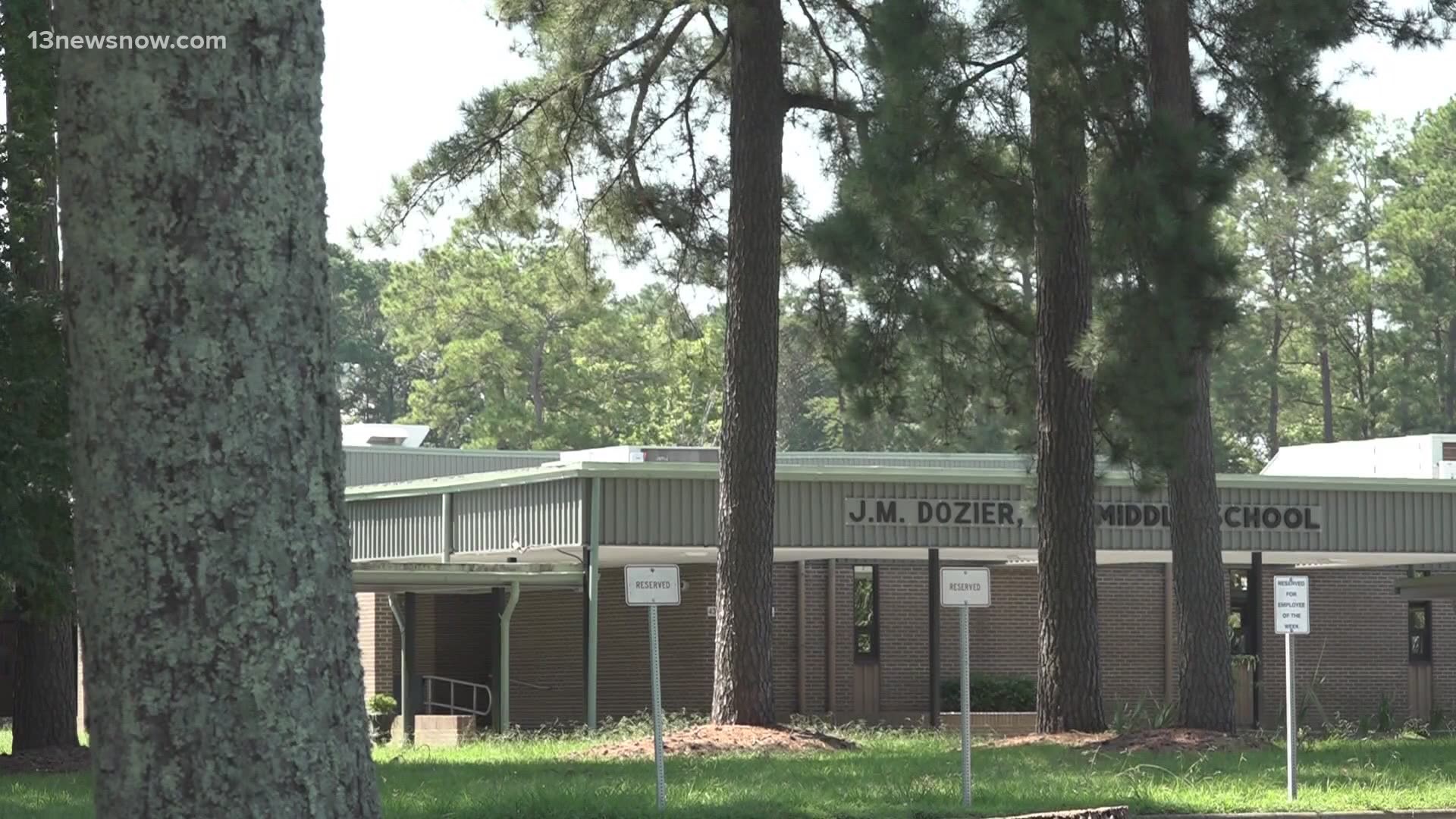 NEWPORT NEWS, Va. — The Newport News School Board is moving forward with renaming some of the district's schools.

By a 5-1 vote with one abstention, the school board on Tuesday approved to begin the process of renaming Epes, Nelson, and Lee Hall elementary schools, as well as Dozier Middle School.

The names are tied with locations and people associated with slavery, the Civil War, and the segregated Jim Crow era:

Epes is named for Horace Hardaway Epes. While he was a distinguished educator in the early 20th century, he also served in the Confederate Army during the Civil War.

Lee Hall Elementary is named after a mansion that belonged to plantation owner Richard Lee. It was also used as the headquarters of Confederate generals during the Civil War's Peninsula Campaign.

R.O. Nelson was Newport News' superintendent during the era of Massive Resistance who retired when the school district finally integrated in the mid-1960s, while John Marshall Dozier, Jr. served on the school board during that same time period.

Now, the school board is reconsidering these school names because they may not meet the division's values of diversity and inclusion.

Following public discussion and debate Tuesday, the school board moved forward to begin the process of researching and presenting new names for the four schools. Superintendent Dr. George Parker, III will present name suggestions at an upcoming meeting next March.

School board member Rebecca Aman cast the lone no vote, while board member Gary Hunter abstained, both over the inclusion of Dozier Middle School.

They argued that not enough research had been done into the history of John Dozier, after they spoke with a family member who claimed Dozier helped successfully integrate the school district and was even commended at the time by President Lyndon Johnson.

Six other schools are also being considered for name changes, but the school board will create an independent task force -- which will include historians -- to determine if they should be renamed.

The task force is expected to present its findings to the school board in February.