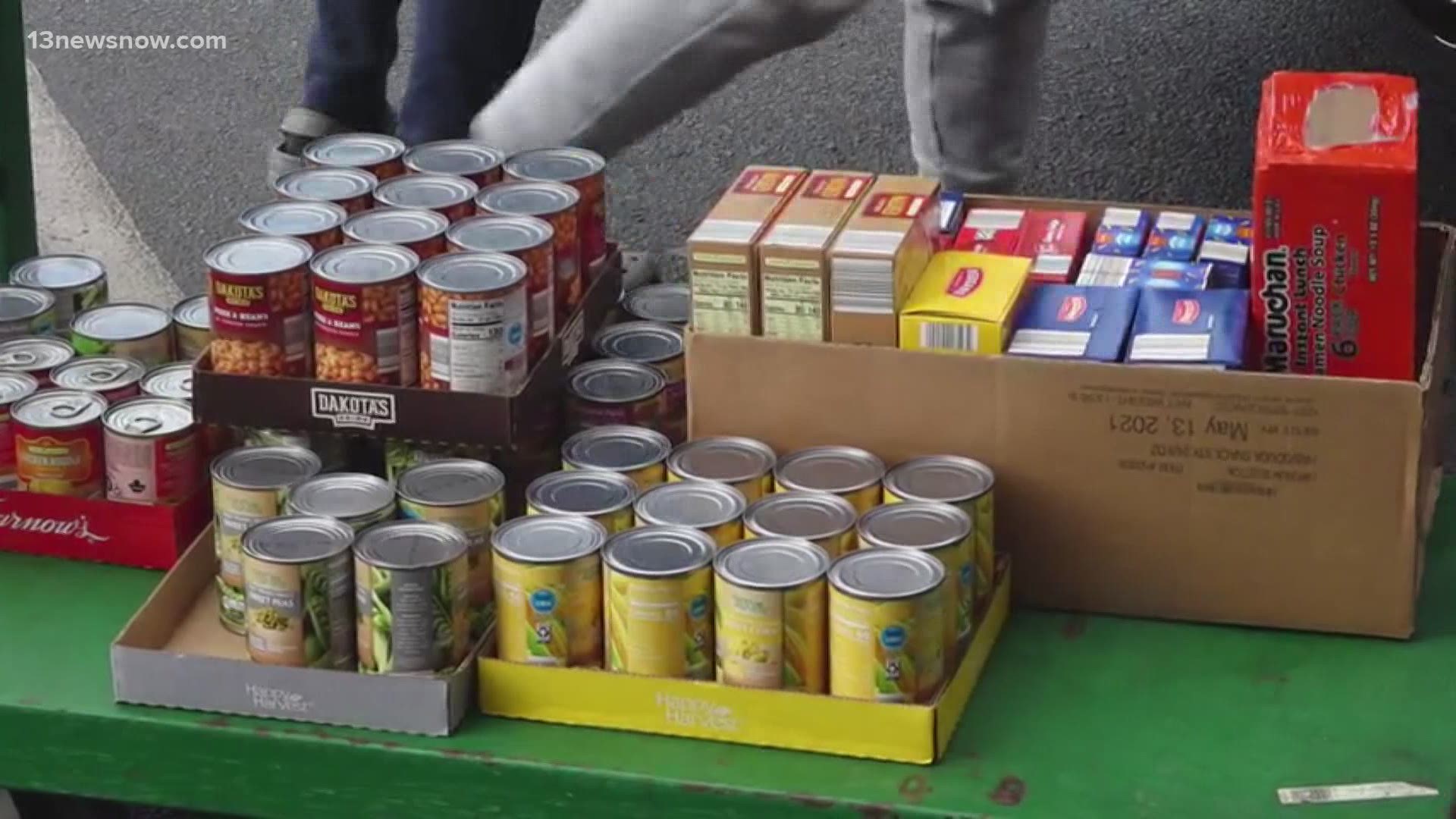 HAMPTON, Va. — It's an ongoing tradition on the Peninsula that's been running for five years, but those who organized the event say this year, it brings more meaning to the community.

This year, the food drive had to be held as a drive-through to keep within the COVID-19 safety protocols.

The Virginia Peninsula Foodbank says while the need for food grows in the region, donations have dropped 18% in the last year.

"It can be really depressing how dire the need is," commented Mayor Price. "50% of the people who have requested food are first time, so that's showing that the need is greater than it usually is."

Volunteers from all around, including the Newport News Police Department, showed up to help unload and reload boxes filled with food donated by people across the Peninsula.

One person who donated, Mike Sears, said it is up to the individual person to give back to his or her community. Right after he signed up to be a volunteer with the food bank, Sears said it felt good knowing he was helping someone in his area.

"It's definitely a tug at your heart when everybody's in their own unique struggle," said Sears. "So, I feel like if you can at all help somebody out, you should get out there and do it."

On Martin Luther King Jr. Day, many at the food drive said this event brought more meaning to the word "unity" in a time when the country feels divided.

"That's what Dr. King was all about. It's...our own individual task," said Sears. "Everybody's got to step up and do their part."