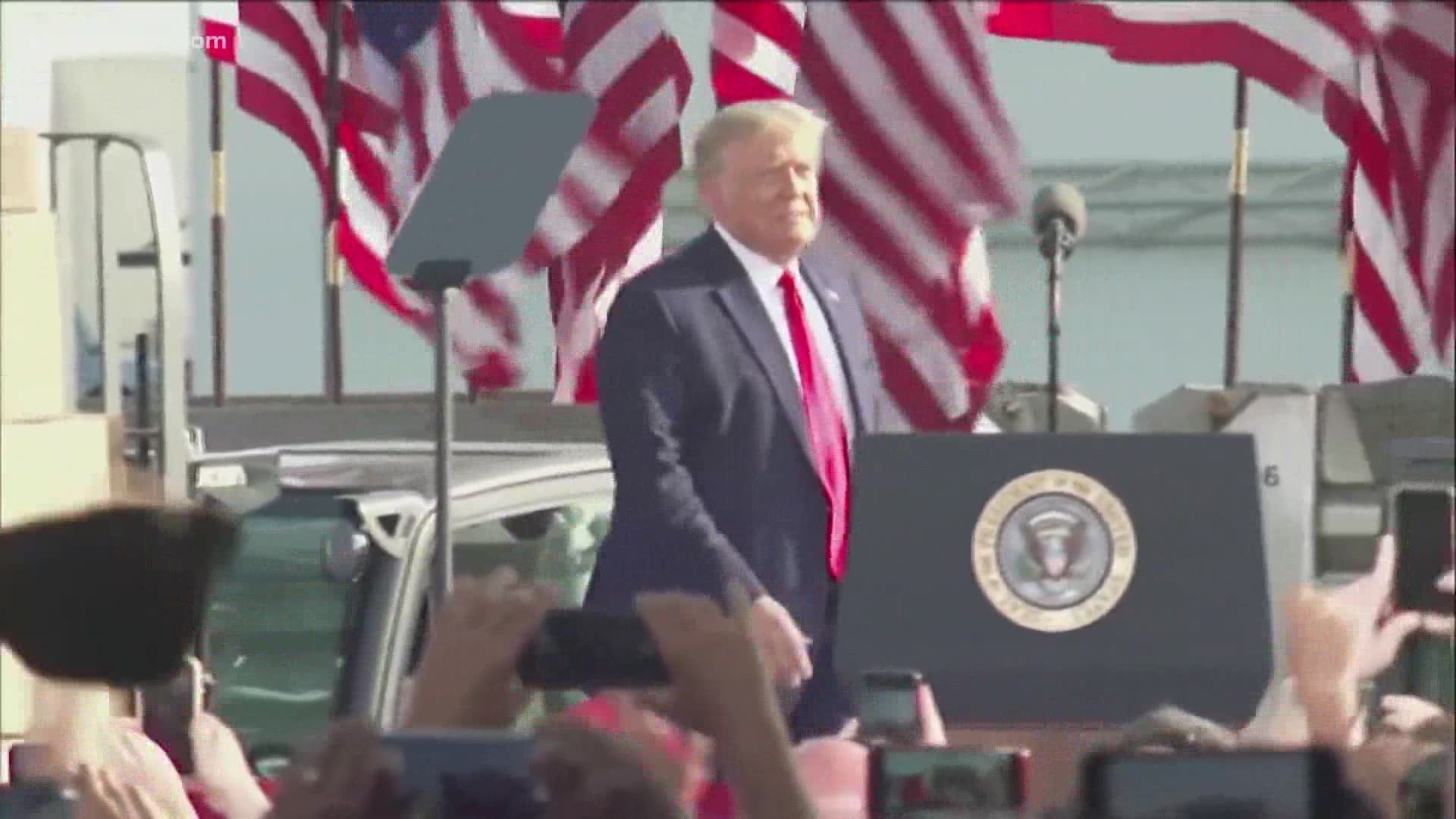 NEWPORT NEWS, Va. — As anticipation for President Trump's visit to Newport News grows, so does concern from people in the community.

The president will campaign at Atlantic Aviation, a fixed base operator at Newport News-Williamsburg International Airport. The concern is that the rally could turn into a COVID-19 super-spreader event, following other campaign events the President has had this week. It's where the president has mocked the wearing of masks.

Under Virginia's Phase 3, no more than 250 people can be together at one time. 13News Now reached out to Atlantic Aviation to find out how many people can register for the rally. By late Wednesday our calls and emails weren’t returned.

A spokeswoman with the Trump campaign said on background that every attendee will get a temperature check prior to admission, be provided a mask they’re encouraged to wear, and have access to plenty of hand sanitizer.

The Newport News Police Department is, as is policy, working with its federal partners regarding security for the President’s visit and should the department need to re-route traffic, the appropriate notifications will be made via various media.

A spokeswoman for the Peninsula Health District said the agency doesn't have any plans to monitor the rally, and no one has charged them with enforcing the Governor's executive order.

She added if someone were to reach out to the health district and ask for direction on how to plan or stage a rally, then they would offer guidance and provide a set of recommendations, but the health district has not received any calls regarding Friday's event.

Tracey Dickson-Scott's uncle recently died from COVID-19, so the thought of hundreds of people gathered together in the middle of a pandemic is unsettling.

“If there are a bunch of people in any space without masks on, it puts the rest of us at danger,” Dickson-Scott said. “It's not about them, it's about who they take it back into the community to.”

Dickson-Scott hopes everyone is responsible.

“I hope they do the responsible things and encourage their supporters to wear masks,” she said. “We have the responsibility to protect each other.”