Law enforcement and community members waited along the procession's route to pay respects to Officer Katie Thyne, who was killed in the line of duty. 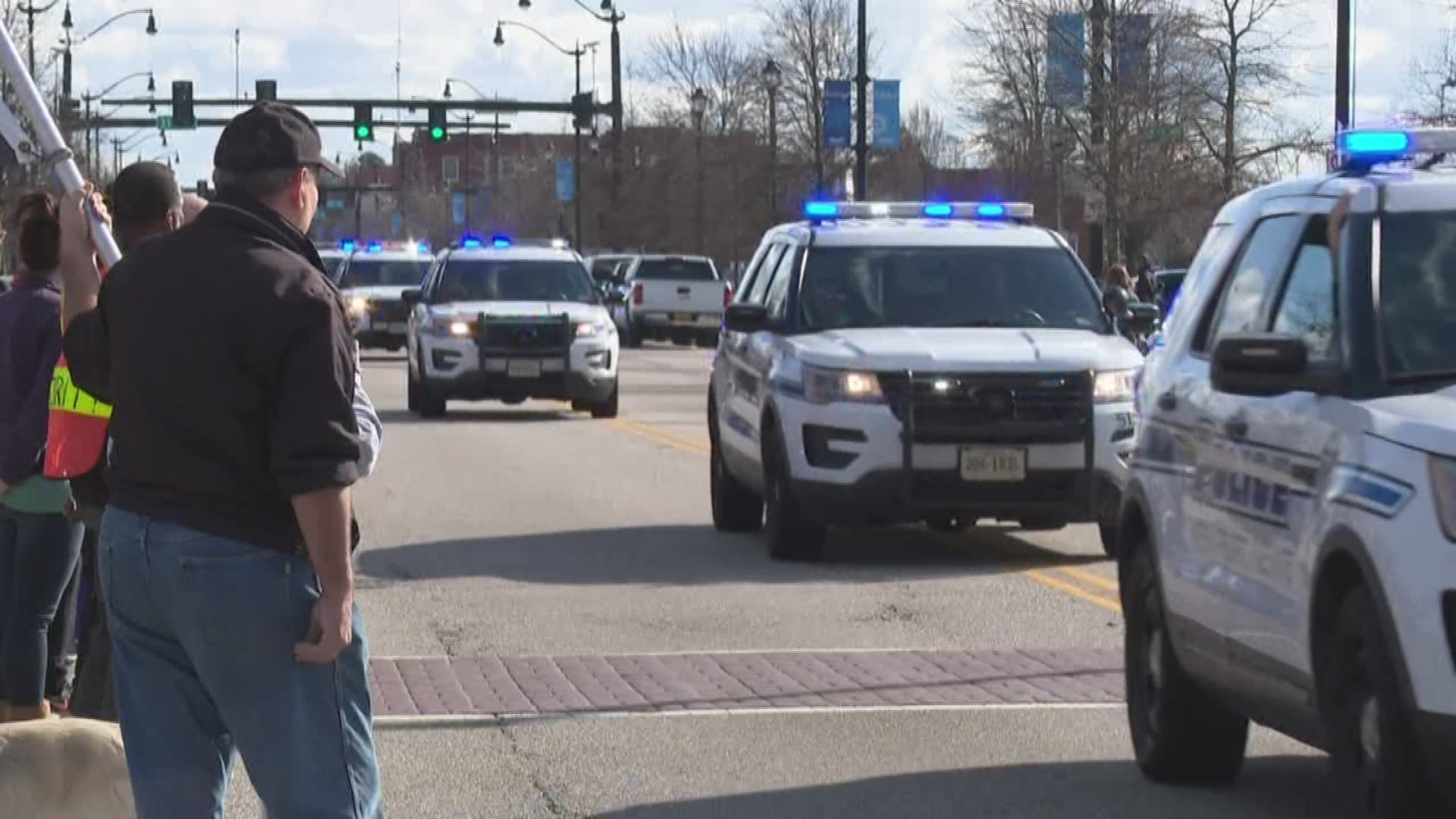 Thyne died after a car dragged her about a block before it crashed into a tree and pinned her. The car had been pulled over in a traffic stop. Police said the driver, Vernon Green II, took off while Thyne was caught in the driver's side door. Thyne died at Sentara Norfolk General Hospital from her injuries.

The procession started at 1 p.m. at 830 Southampton Avenue in Norfolk. 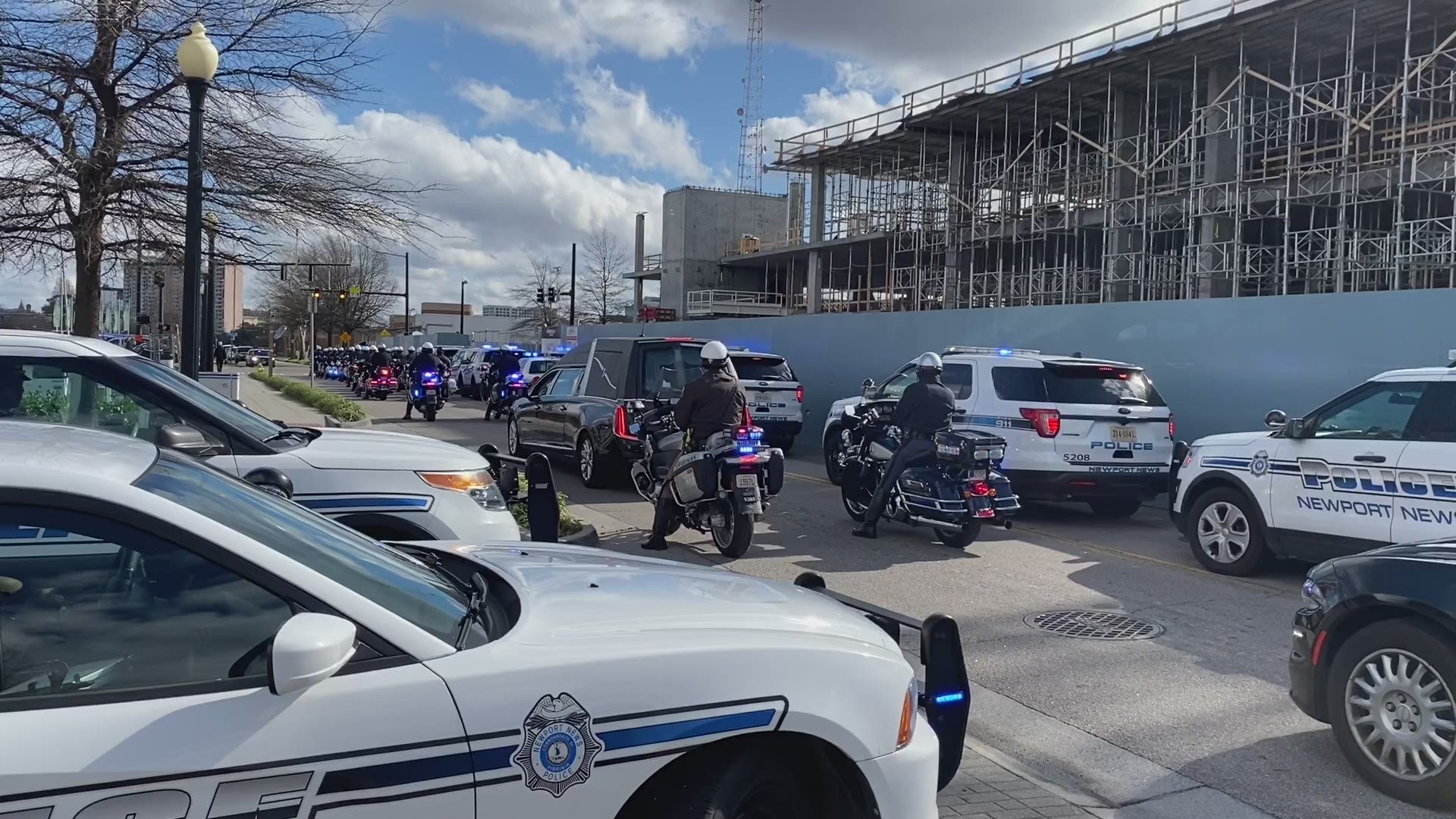 Officers, law enforcement officials, Navy members, and other mourners lined the driveway of the medical examiner's office as the procession began.

"Officer Katie was one of the many that are getting it right," said Newport News Delegate Marcia Price.

Supporters lined the streets out front of the South Precinct. Delegate Price said the amount of people who showed up to stand with the Newport News Police Department speaks volumes.

"We have no idea what the loss is to them, but we definitely stand with them in that and her family," Delegate Price said.

Captain Jason Bollhorst only worked with Officer Thyne for a short time, but said her talent was evident.

"Just seeing her work product at my level, my nickname for her was the 'pit bull'," Captain Bollhorst said. "She was out their getting into things and just a great proactive officer."

He said the loss cuts even deeper because the last end of watch call in Newport News was 26 years ago.

"It can happen at anytime," Captain Bollhorst said. "We all realize that. We sign on. We take the oath of office. We know that is a potential hazard of the job and we accept it. Our families accept it."

After the pause, the procession continued north on Jefferson, turn left onto Mercury Boulevard, and then left onto River Road.

Newport News Police Department said this is only a procession, and there won't be a service. It will share funeral arrangements once they are available.

“As we go forward, days will be challenging. I encourage the department to lean on each other, members of the community, and it’s OK to cry, I hope," Chief Steve Drew said in a press conference announcing the death of Officer Thyne. "I love you guys."

Thyne, who had been with the Newport News Police Department since 2018, left behind her mother, a brother, a stepfather, a partner, and a two-year-old daughter.