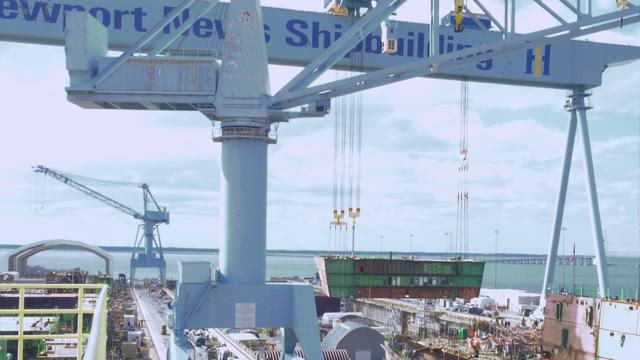 The future USS John F. Kennedy (CVN 79) is currently being built by Huntington Ingalls Industries. The shipbuilder said on Thursday that 70 percent of the structures needed to complete the aircraft carrier has been built.

Huntington Ingalls said that like its predecessor, the USS Gerald R. Ford, the Kennedy is being built with modular construction, where smaller sections of the ship are welded together, to form larger structures called superlifts.

The superlifts are then hoisted into Dry Dock 12, where the ship is being constructed, by a 1,050 metric-ton gantry crane.

Huntington Ingalls said that the latest superlift, conducted earlier this month, was 806 metric tons and consisted of 17 individual units, measuring about 171 feet long and 92 feet wide.

The Kennedy is scheduled to launch in 2020.