By midday, power had been restored to more than 97% of customers impacted by Tropical Storm Isaias. 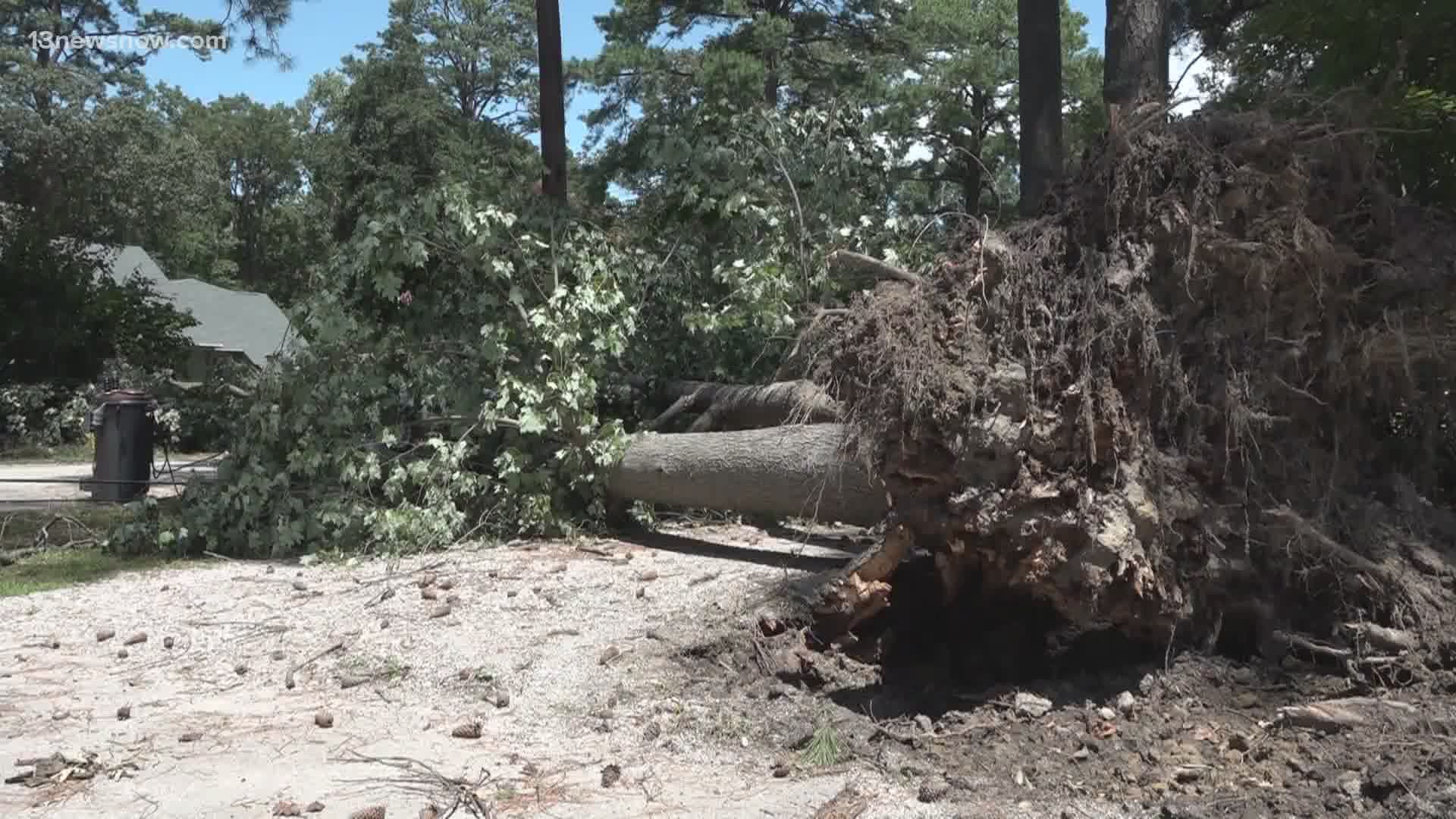 While crews are working to restore power, some people may not see the light until Friday.

In Newport News, some neighborhoods are still a complete mess. Johnny and Joy Barefoot said power can't come soon enough. A huge tree took down several power lines in front of their home in the Riverside section of the city. They have to find another way to leave their home.

“We can't go out of our driveway, we are roped in here,” the Barefoots said. “We have to cut through neighbors’ yards to get out just to go to the store or buy fans.”

By midday Thursday, Dominion Energy said crews had restored power to more than 97% of 508,000 customers who lost power across Virginia and North Carolina due to Tropical Storm Isaias. There were crews out on several streets Thursday morning.

However, the power company said a small number of customers in hardest-hit areas won't get power until Friday.

“This is the worst mess I've seen, except for a tree going into a house,” the Barefoots said. “It's been a really bad situation.”

Barbara Drucker-Smith has minor damage to her home. She feels she may not see power for a while. She also has wires blocking her from leaving her driveway.

“This is a rare experience, but I'm thankful,” Drucker-Smith said. “I haven't really slept at all, it's been hot, but we're managing.”

The company's focus Thursday is on restoration for all remaining customers without power, as Dominion continues to deploy additional crews to hardest-hit areas, including Hampton Roads/Eastern Virginia and the Northern Neck.

You can view the outage map here.