Virginia State Police said the tractor trailer was on the westbound side of Interstate 64 when the wreck happened. No one was hurt. 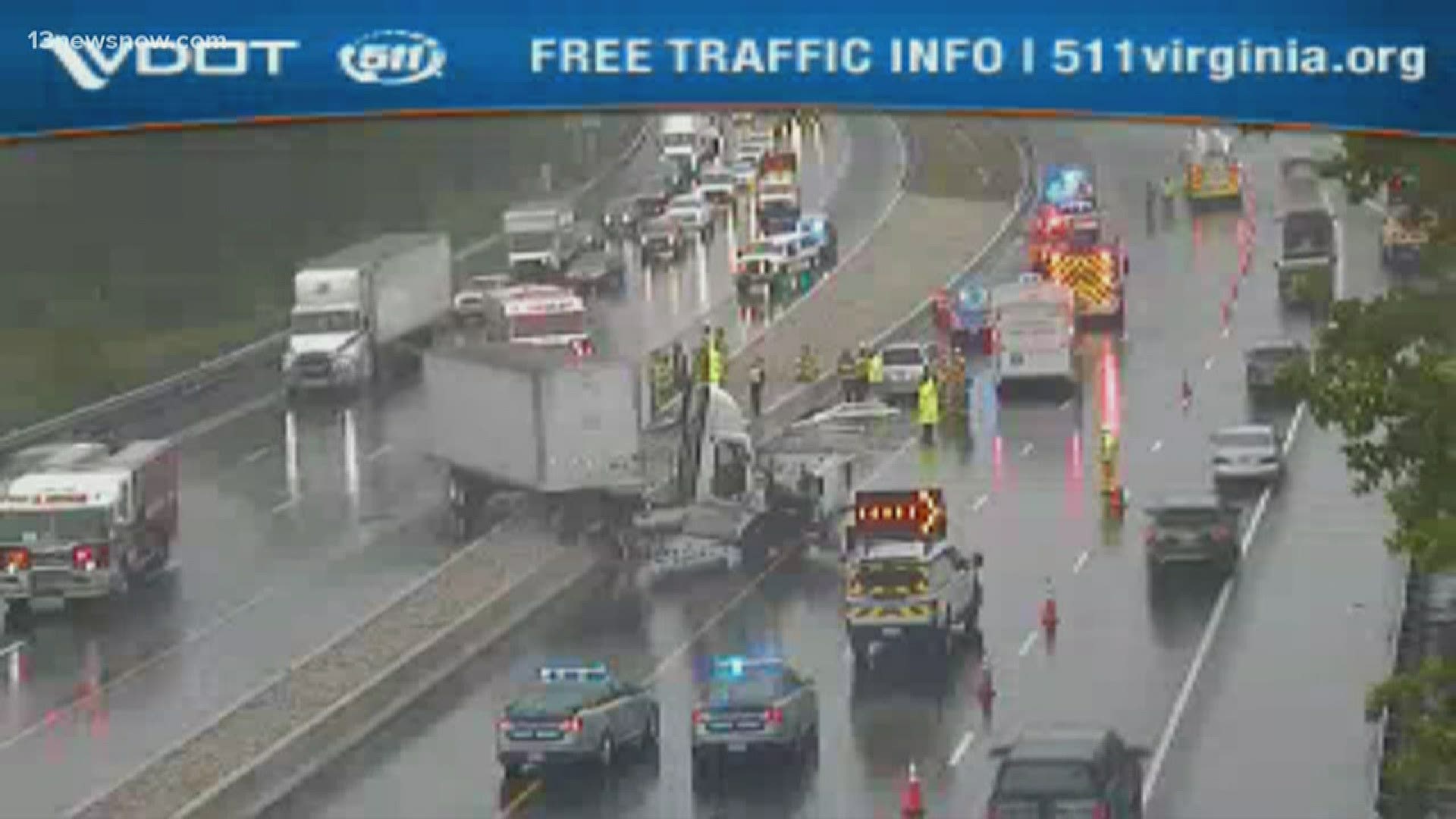 NEWPORT NEWS, Va. — Traffic was at a standstill or barely moving Thursday afternoon after a tractor trailer jackknifed on Interstate 64.

Sgt. Michelle Anaya with Virginia State Police said the wreck happened shortly after 2:30 p.m. No one was hurt.

VDOT cameras showed the jackknifed truck jumped the wall that separates the westbound and eastbound lanes of the interstate near Lee Hall.

Road crews were out there along with several troopers. Public safety workers from the city of Newport News were among other people who were there to help.

1 / 6
VDOT
A tractor trailer jackknifed on the westbound side of Interstate 64 in the Lee Hall area of Newport News on April 30, 2020.