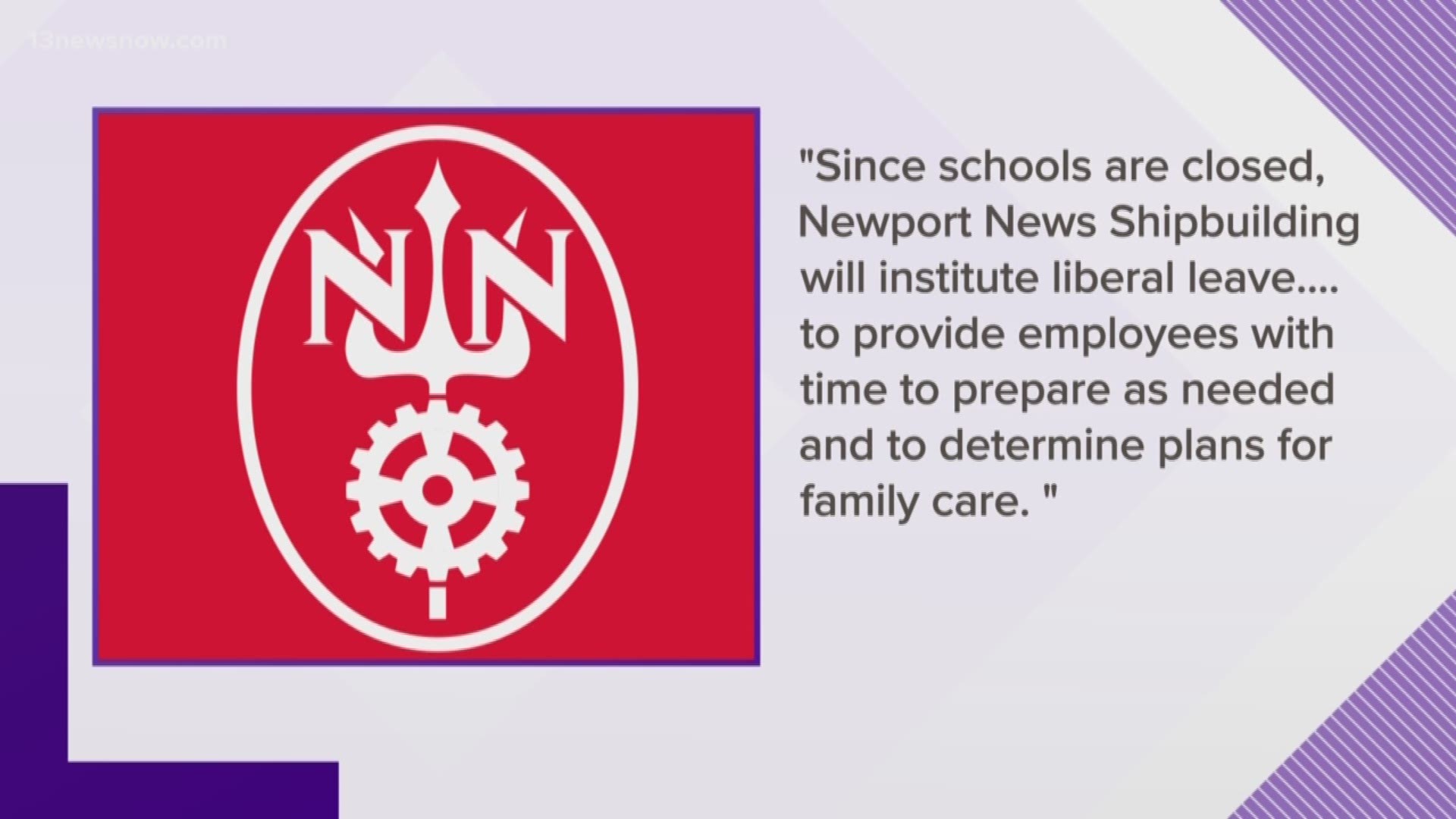 President Boykin released information on Monday about the first employee who tested positive over the weekend. That employee immediately alerted their supervisor.

A few hours later, Boykin confirmed that a second employee tested positive as well. For privacy reasons, both employees have not been identified

Boykin released the following details on the first employee who tested positive:

More information was released on the second employee who also tested positive:

Previously, Boykin said that those who must miss time, need not worry about their jobs.

"There is no shipbuilder that should be concerned about their job if they're out for an illness, whether they're out for two days, 14 days or longer. They're absolutely going to have jobs to come back to," she said. "We want them to take care of themselves and their families and then we will welcome them back to work."

Jennifer Boykin
As we announced earlier today, we confirmed our first case of Corona... virus (COVID-19) at NNS. Since then, we have confirmed a second case of a shipyard employee testing positive. We are very fortunate that this individual also self-reported after confirmation from his doctor.

RELATED: NN Shipbuilding extends 'liberal leave' for workers through the end of March

RELATED: Employees of Newport News Shipbuilding will get an opportunity to prepare themselves and their families for impacts from COVID-19