Man in custody, charged with murder in connection with Newport News shooting

Jonah Dwight Sims, 23, is in custody and facing charges including first-degree murder. Police say Sims is responsible in the shooting death of a 24-year-old woman. 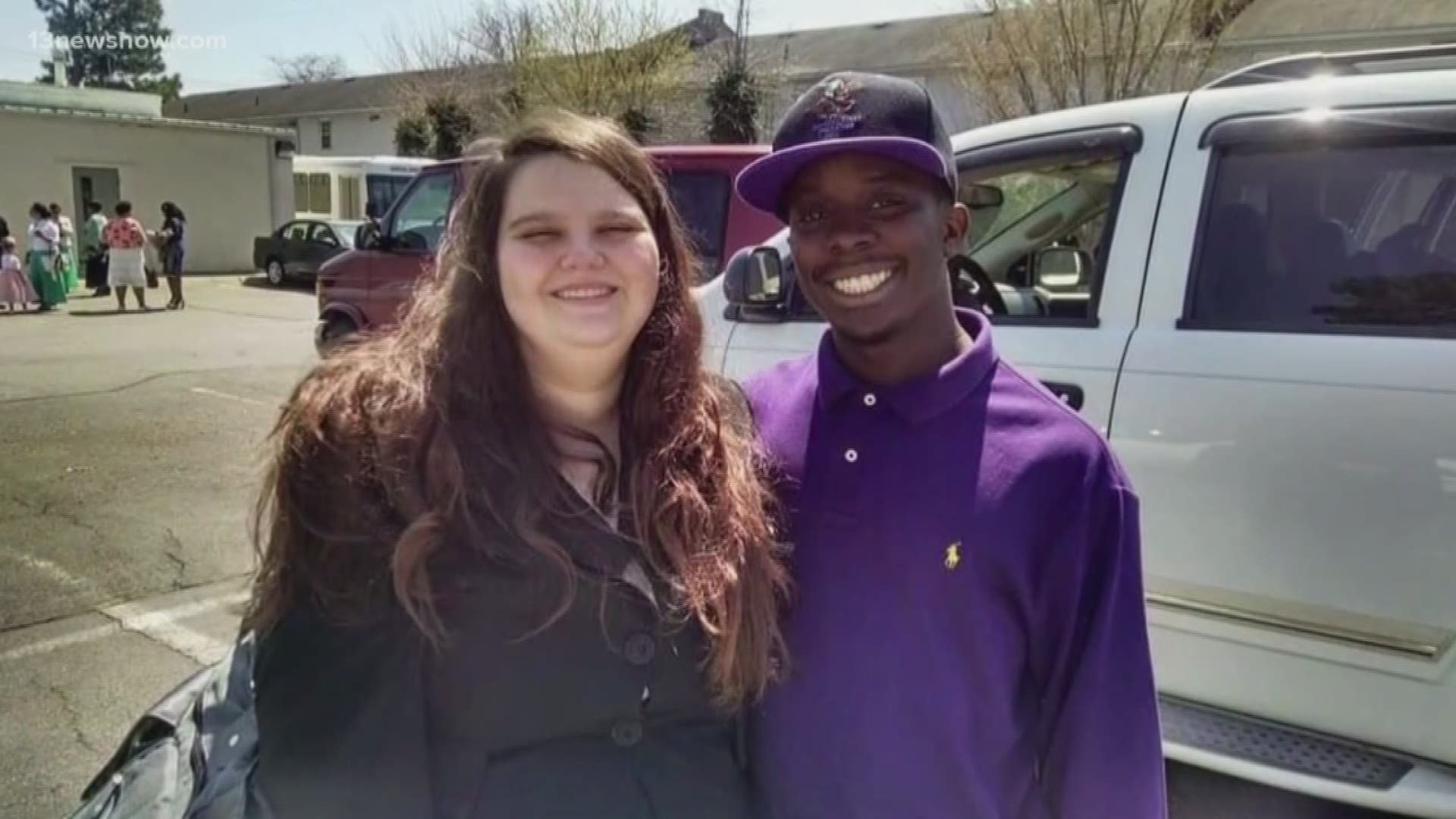 NEWPORT NEWS, Va. — A man is arrested and charged in the shooting death of a woman on Monday night.

The Newport News Police Department said Jonah Dwight Sims, 23, is in custody after he turned himself into police.

Officers were called to a shooting in the 600 block of Dresden Drive at 9:12 p.m. Monday.

Police said two people were shot inside a home. Javon Fraser was taken to Riverside Hospital with injuries not considered life-threatening, but his wife, 24-year-old Kayleigh Christian Ellifritz, was pronounced dead at the scene.

According to court documents, the couple’s two children were in the home when the shooting occurred. The children’s godmother Tiffany Diggs said the kids remember the suspect breaking down the door and shooting.

“He does remember the pow -pows, and he keeps saying pow-pow and looking at the door,” said Diggs.

“They opened their doors to them, people that we have known most of our life. For them to take for granted the niceness that she provided them, I don’t understand how anyone is capable of doing that,” said Murray.

According to documents, Fraser met Sims in middle school in 2010 and they lived in the same foster home at one point.

Further documents show that Sims was on probation and had a history of trespassing, grand larceny and burglary. Ellifritz’s sister said she’s glad Sims got caught, but that it’s not enough.

“It’s better because he’s not out there but it’s still my sister that’s gone and we’re not getting her back,” said Ellifritz's sister.

Sims is being held without bond at the Newport News City Jail. He will be back in court on September 25.

“I want to thank the citizens who helped identify Mr. Sims, the officers and detectives who worked the scene, and the Fugitive Apprehension Unit,” said Newport News Police Chief Steve Drew.

To help with funeral expenses, the family has set up a place to donate.

A violent day in Newport News

This shooting death marked the second of the day in Newport News as well as the third shooting in the city in less than 12 hours on Monday. Police and local faith-based leaders are planning a Community, Awareness, Reconnection and Education (C.A.R.E.) walk at 4 p.m. on Tuesday at the shooting location.

About four hours before the shooting on Dresden Drive, police responded to reports of a shooting on Newsome Drive. When officers got there they couldn't find anyone, but minutes later, a 24-year-old man walked into a nearby hospital with gunshot wounds.

Monday's first shooting in the city happened at 11 a.m. at an Exxon gas station on Jefferson Avenue, where a man was shot and killed. Investigators say they have since taken a suspect into custody.

Beginning at 3:30 p.m. Tuesday, police and other community leaders are hosting another C.A.R.E. walk for the Exxon gas station shooting. They will go door-to-door to connect and reassure the community in the area around Jefferson Avenue.

Anyone with information on any of these shootings is asked to call the Crime Line at 1-888-LOCK-U-UP.