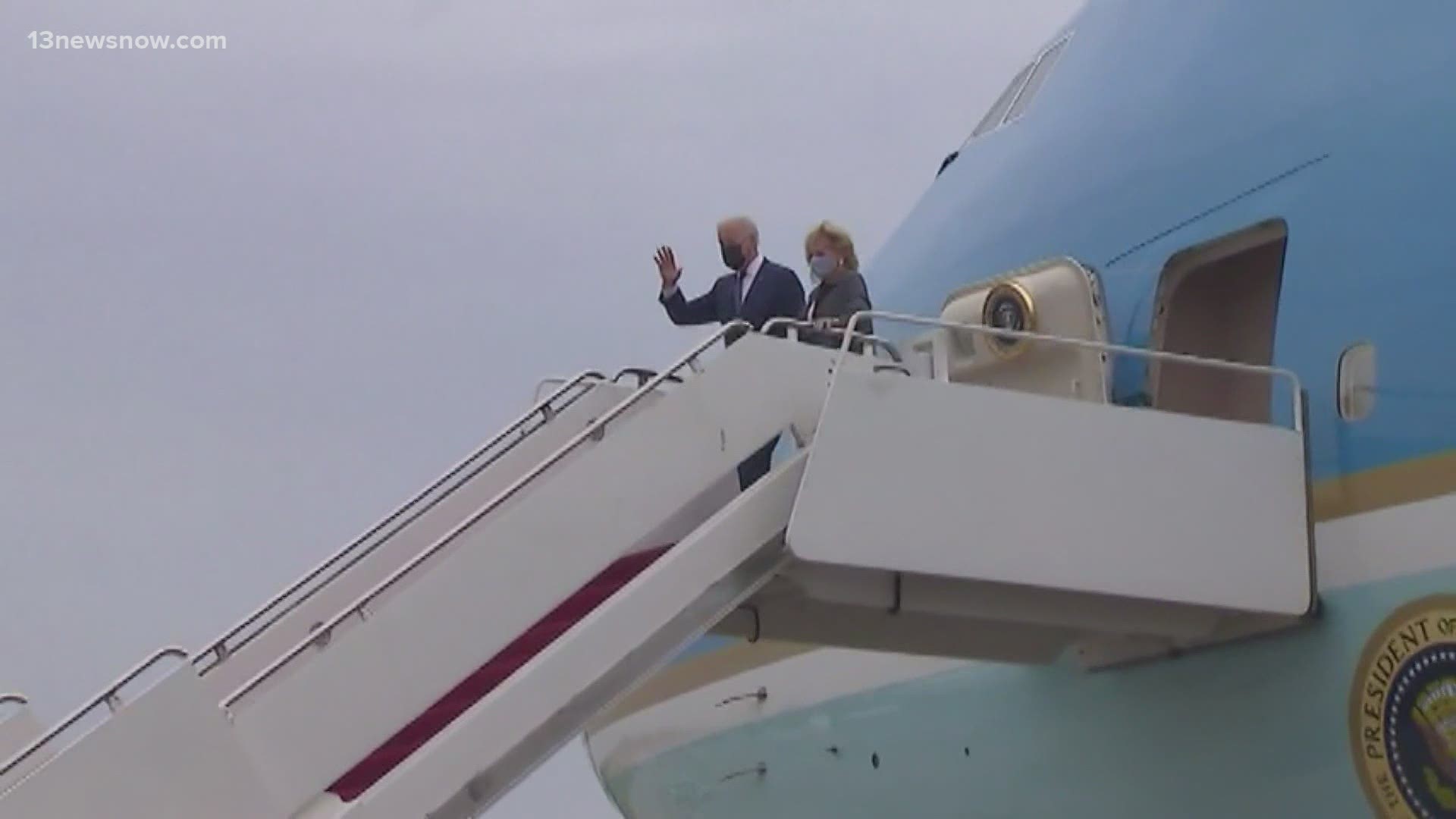 NEWPORT NEWS, Va. — A Virginia State Police motorcycle trooper was seriously hurt, after running off the road on Monday morning.

State Police say the trooper was taken to Riverside Regional Hospital to be treated for serious, but not life-threatening, injuries.

President Biden was in Hampton Roads to promote his plans to increase spending on education and children, part of his $1.8 trillion families proposal announced last week.