Work to start to transform Denbigh area in Newport News

Crews will tear down the old Kmart at the corner of Warwick Blvd. and Oriana Road, marking the beginning of a transformation for an underdeveloped area of Denbigh. 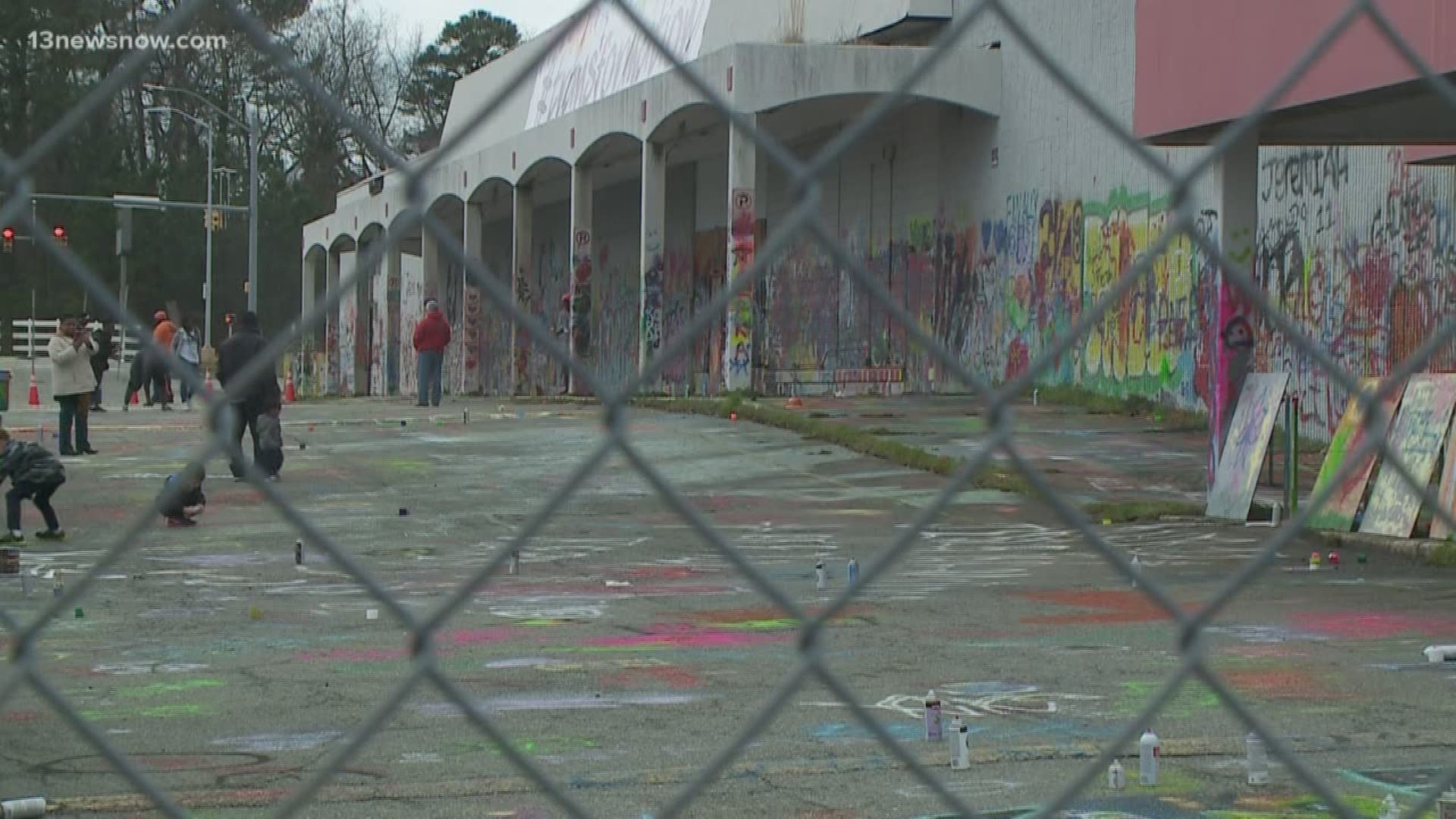 NEWPORT NEWS, Va. — Temper Piggott said he used to shop at the Kmart in Newport News all the time. When the store closed in 2014, he had a few ideas of his own about what should replace the business.

“I would love to see a church to do outreach,” Piggott said. “I wish I could buy it and set it up as a homeless shelter.”

People said the building is an eyesore. On Saturday, crews are finally tearing it down. City leaders are getting ready to transform the Denbigh area.

There are no definitive plans at this point for the future of the property. In the meantime, leaders said it’ll be an open space for events.

The plan suggests a potential redevelopment option for this site, such as a walkable town center concept with a mix of uses.

People could also see the site turn into a space that would host festivals, concerts, movies and farmers' markets, but nothing is set in stone.

The city is allowing people to leave their mark on the building before demolition on Saturday by tagging or painting the exterior walls.

Piggott and his three grandsons took advantage of the opportunity Thursday. He hopes whatever replaces the old Kmart, it'll breathe new life into the area.

“A lot of people have to drive all over town and deal with traffic, and we have to drive to Tech Center or Walmart to get things, so what the city is eyeing will be a great idea,” Piggott said.

The Transforming Denbigh event took place on Saturday at the site of the former Kmart building at the corner of Warwick Boulevard and Oriana Road.

The ceremony marked the beginning of the transformation of the Denbigh area of the city.  Mayor McKinley L. Price operated an excavator and took the first “bite” out of the building.