Déjà vu as Yancey, Simonds once again square off for Newport News House of Delegates seat

Based on the tumultuous ending of the 2017 election, it's no surprise things got heated during Wednesday night's debate at CNU. 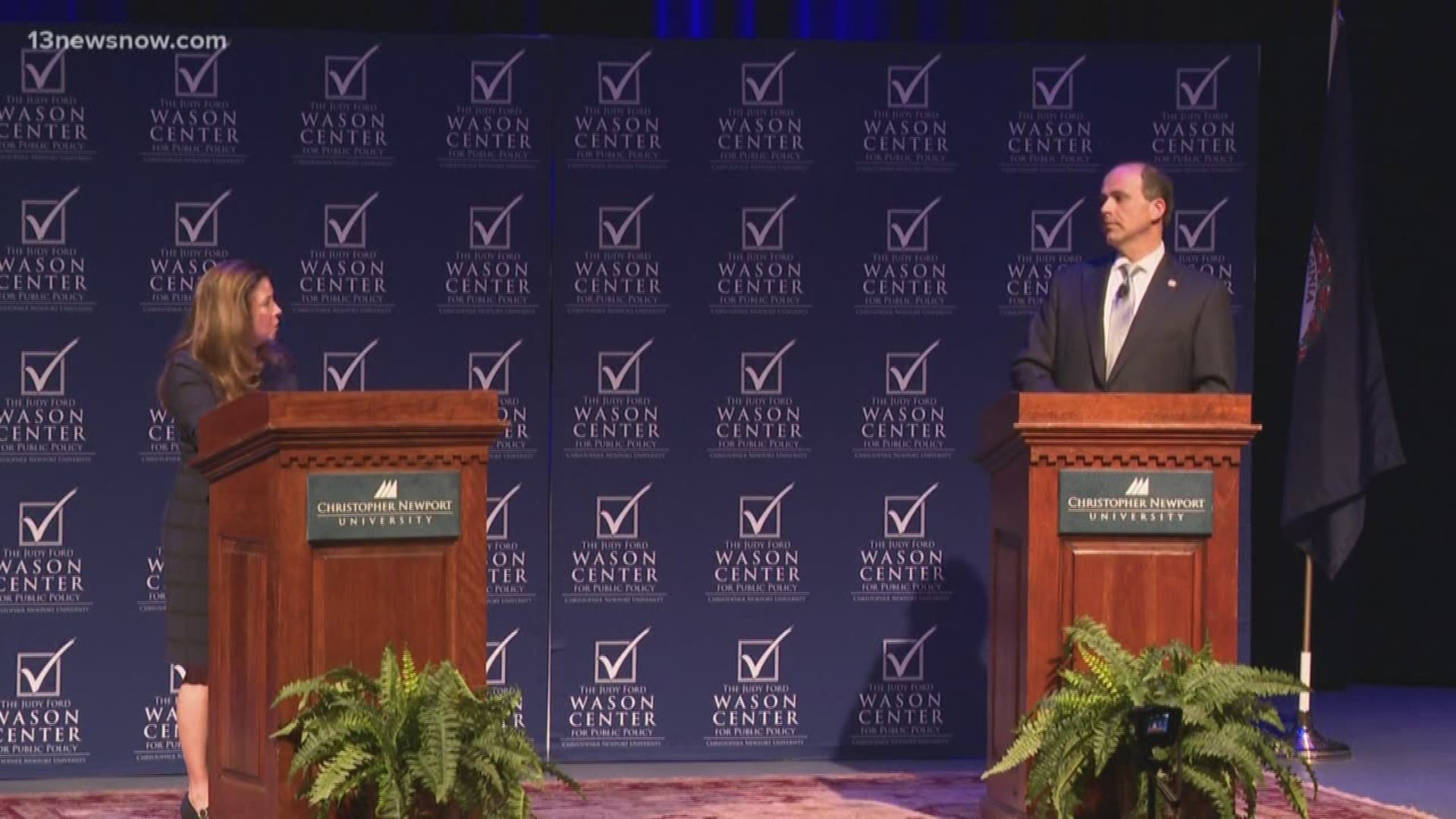 The debate, hosted by the school's Wason Center for Public Policy, brought the candidates together again two years after their contentious battle to represent Newport News.

You might call it political déjà vu. The 2017 race, with the same candidates vying for the same House of Delegates seat, made national headlines after it came down to an exact tie.

Yancey was ultimately named winner after a 'drawing' of sorts. His name was, quite literally, plucked at random. He's held the seat since 2012.

During the debate, the candidates spent a lot of time answering to attacks on the other. The moderators referred to mailers sent out by each camp.

"I'm shocked that on stage you would continue to attack our students in the way that you've done in these mailers," Simonds said to Yancey.

"The big one, of course, is the Equal Rights Amendment [which] I broke with my party on to support," Yancey said, saying he was aware the bill came with the possibility of abortion access.

Moderators asked the audience to remain quiet during the debate, but certain things said by each candidate had members of the crowd cheering.

Just like the 2017 election, the audience Wednesday night seemed split. Both Simonds and Yancey received plenty of cheers.

The tumultuous tie has forced these candidates to really go after voters of the opposite party to put them over the edge.

Simonds believes key issues will persuade those on the fence.

"I think healthcare is enough to make it happen. I think people are really worried about prescription drug prices rocketing up, every day costs of insurance," she said. "I think think voters are very concerned and they want to see some change in Richmond."

Yancey believes his record will keep him in office.

Republicans had a growing stronghold on the House of Delegates from 1999 until the 2017 election, when many districts flipped in what was the start of a blue wave across the nation.

A Simonds win would have put the chamber at split, with 50 Democrat and 50 Republicans, but Yancey's triumph, by luck, gave the Republicans the, albeit tiny, edge they needed to retain the majority.

This year's race is sure to be one to keep an eye on again.

The current makeup of the House is 51 Republicans, 48 Democrats and one vacancy. The vacancy is District 80, which covers multiple Hampton Roads cities. Democrat James Matthew resigned earlier this year to join Gov. Northam's executive team.