Norfolk Police said the wreck happened at 26th Street and Waverly Way. The 11 people who were hurt have injuries that aren't life-threatening. 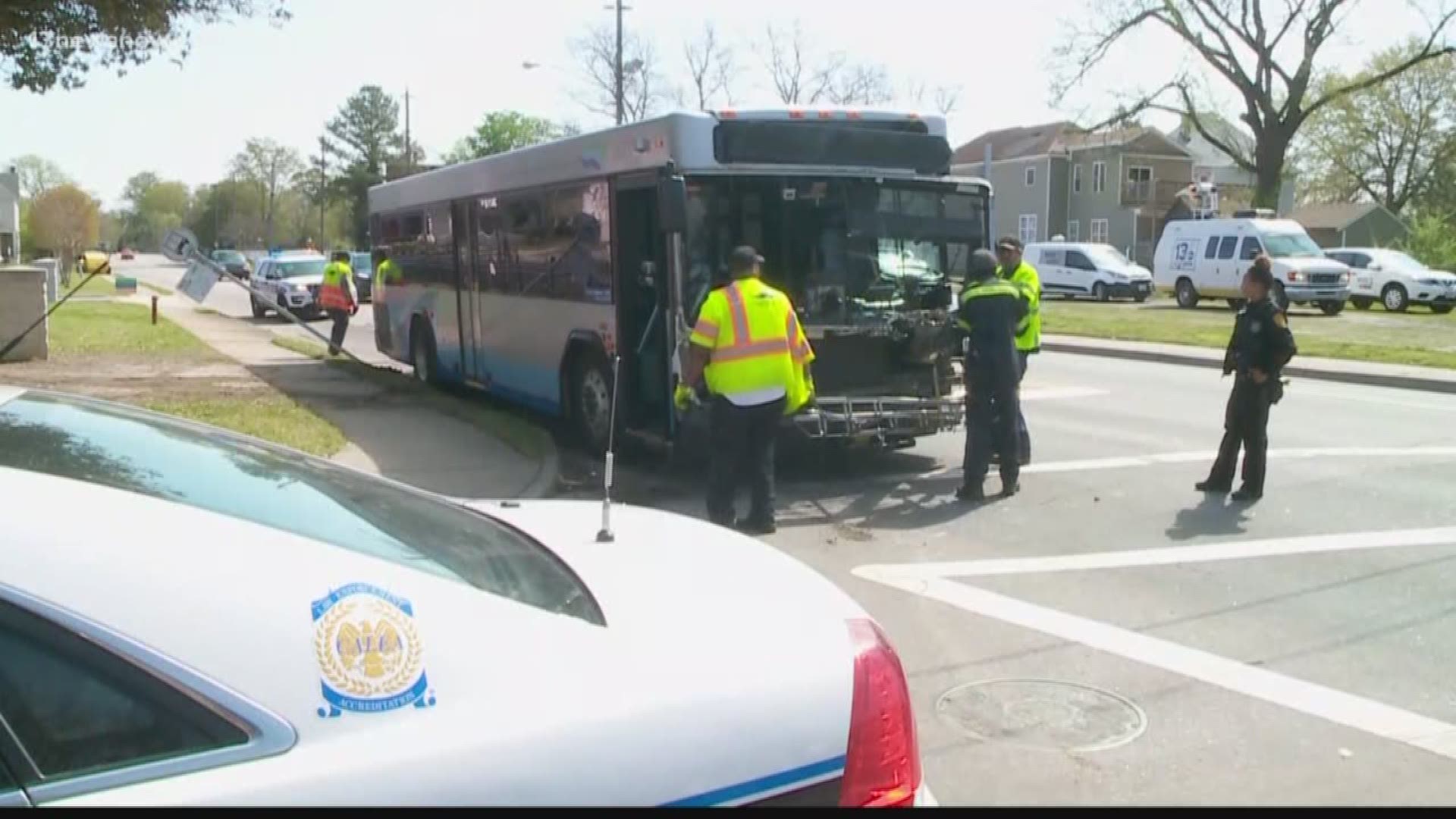 NORFOLK, Va. (WVEC) -- Eleven people were taken to the hospital Wednesday morning after a Hampton Roads Transit bus was involved in a crash with a City of Norfolk dump truck.

Norfolk Police said the accident happened at 26th Street and Waverly Way around 9:10 a.m. Following the crash with the bus, the dump truck then crashed into the sign and fence of the Faith Deliverance Christian Center.

An HRT spokesperson said the bus involved was operating Route 3 and had just completed boarding a passenger when the dump truck hit it from behind, then proceeded forward, tearing off the front of the bus. The truck then crossed over a sidewalk and crashed into the church's brick wall.

Eight passengers on the bus and three occupants on the dump truck were hospitalized with non-life threatening injuries.

The crash remains under investigation.