Harley Rae Williams' injuries from the scalding-hot water were so bad, her skin started to peel off. 13News Now has uncovered disturbing details about John Hardee's past with police and the court system. 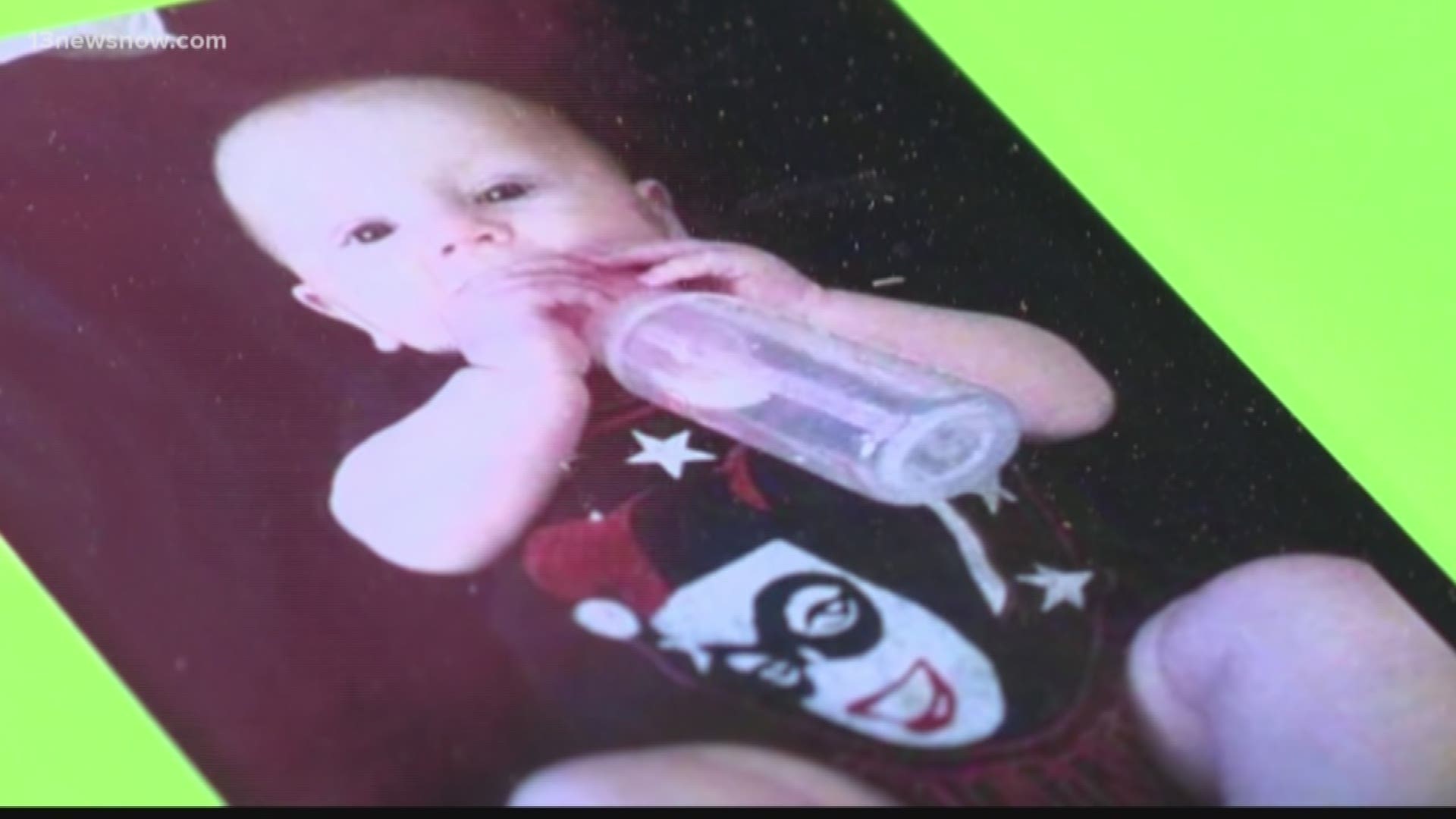 Harley Rae Williams' injuries from scalding-hot water were so bad, her skin started to peel off. 13News Now has uncovered disturbing details about John Hardee's past with police and the court system.

We've examined court records in cases from long before Harley Rae Williams was killed. They detail allegations and charges of abuse of John Hardee's own child and girlfriends.

“It's a lot. It's a lot because she had her whole life ahead of her,” Cheytoria Good, who works at Harley’s former daycare, lamented.

A Norfolk judge called Harley's death the most horrific crime she's seen in 10 years on the bench. Testimony revealed in April the 2-year-old was scalded on almost half of her small body. Investigators allege Harley's mother, Shelby Love, and the mother's boyfriend, John Hardee, did not get the little girl medical care for 11 hours. Prosecutors said she could have survived if she had been treated earlier.

We now know John Hardee is a felon. He’s a man who spent time in prison for child abuse and domestic violence and a man who, court records show, admitted beating his own son.

One court document details a phone sting in 2013. Police were investigating allegations Hardee abused his then-girlfriend and his young son, John Jr. They listened in on a phone call between the couple.

According to a transcript of the conversation, Hardee said: "So expletive what, I smacked him in his expletive face because he ate dog food four expletive times."

As part of that investigation, the medical director of the child abuse program at CHKD examined the injuries on Hardees' son. She wrote the 14-month-old "suffered a significant blow to the head" causing a skull fracture. Another injury she described as “very unusual injury, most typically seen in motor vehicle crashes, and requires forces well outside that of normal play or parenting."

The exam also recorded many bruises all over the child's body. The narrative detailed Hardee's girlfriend saying they have "had to keep the baby home from social events because of the bruising;" and she saw Hardee "suspend John by the neck with one hand." She revealed text messages in which Hardee wrote he would "kill him if he didn't stop crying."

The doctor closed by saying "John appears to have been targeted for violence."

Court records indicate that targeting began before John Jr. was born. In 2011, the baby's mother, Jaclyn Coates, filed a criminal complaint against Hardee in Norfolk. It accuses him of abuse. She wrote the couple got into a "physical altercation and he threw a cell phone at my stomach knowing I'm 14 weeks pregnant and said he wished that baby would die.”

John Jr. was born about five months later. That incident resulted in an emergency protective order.

Coates is not the only one. Just four months before Harley Rae was killed, another woman got an emergency protective order against Hardee.

In another criminal complaint from December 2017, she said the two were "having an affair." She alleged Hardee "grabbed my neck and pushed me." The couple fought and she said he "smacked my face and ear."

Court records show Hardee was found not guilty for that incident on July 23. Authorities decided to charge him in Harley's death while that case was still going through the courts.

Both John Hardee and Shelby Love declined our interview requests.