ODU football team's win against Virginia Tech is one of the biggest wins for the Monarchs and was noticed by the ESPY Awards. 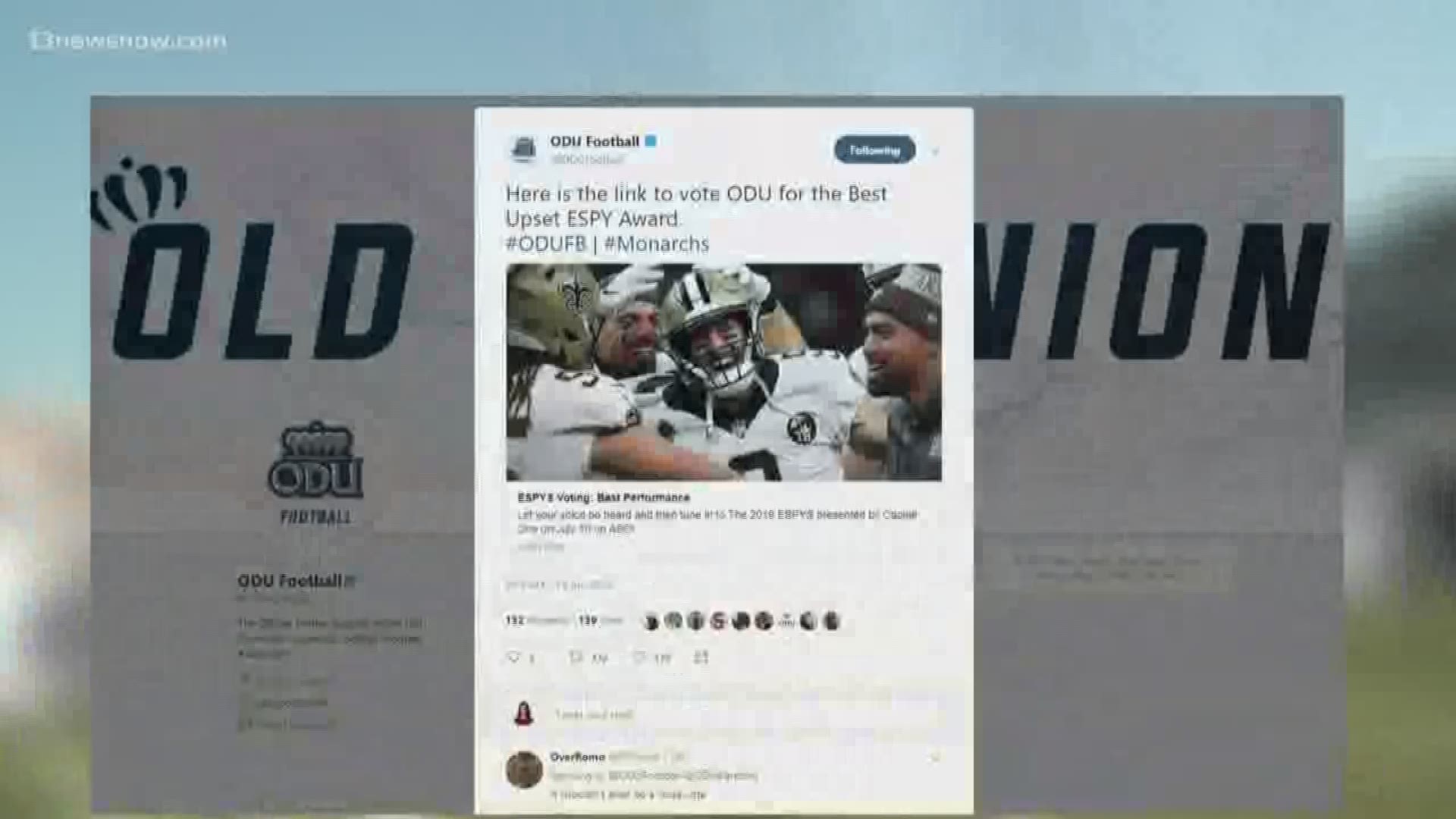 NORFOLK, Virginia — In September 2018, the Monarch football team had a big win against Virginia Tech in Norfolk.

Prior to kickoff, ESPN Football Power Index gave Old Dominion University a 1.8% chance to win the game. ODU ended up winning 49 to 35, causing an uproar of excitement among the fans.

Now that winning moment is nominated for an ESPY award for the ‘Best Upset’ in 2018.

It’s a sports award that comes with worldwide recognition.

"Well an ESPY is kind of like a Grammy or Oscars for athletics," said Jason Chandler the Associate Athletic Director for Strategic Marketing for ODU.

He said they found out about the nomination Wednesday afternoon

“It was kind of a shock, we didn’t know it was coming,” Chandler said.

ODU is up against three others, Naomi Osaka when she beat Serena Williams in the U.S. Open Tennis Championships; Columbus Blue Jackets when they swept Tampa Bay Lightning; and Andy Ruiz Jr. when he defeated Anthony Joshua in boxing.

“I think it’s just validation of how big a moment it was,” said Chandler.

Head Football Coach Bobby Wilder said this nomination means a lot because it reflects the team-work during the season.

Also, Wilder said the win against Virginia Tech was the biggest one he’s experienced in his 30 years of coaching.

“Old Dominion fans, when Old Dominion is up for an award in anything they vote,” exclaimed Wilder.

“They come out in numbers. So, we just need to get more Old Dominion fans around the world.”

To cast a vote for the team to help them win, just click here.

Wilder expressed “Being nominated is special, to win this would just be incredible.”

As much of an honor as it is, ODU, unfortunately, didn't make any upsets at the ESPYs. The 'Best Upset' award was won by Andy Ruiz Jr. for his stunning defeat against Anthony Joshua, becoming the first boxer of Mexican descent to win a heavyweight title.