Norfolk police rode by the home of a retired sergeant who is in hospice care. The officers had lights and sirens going to send a message of support. 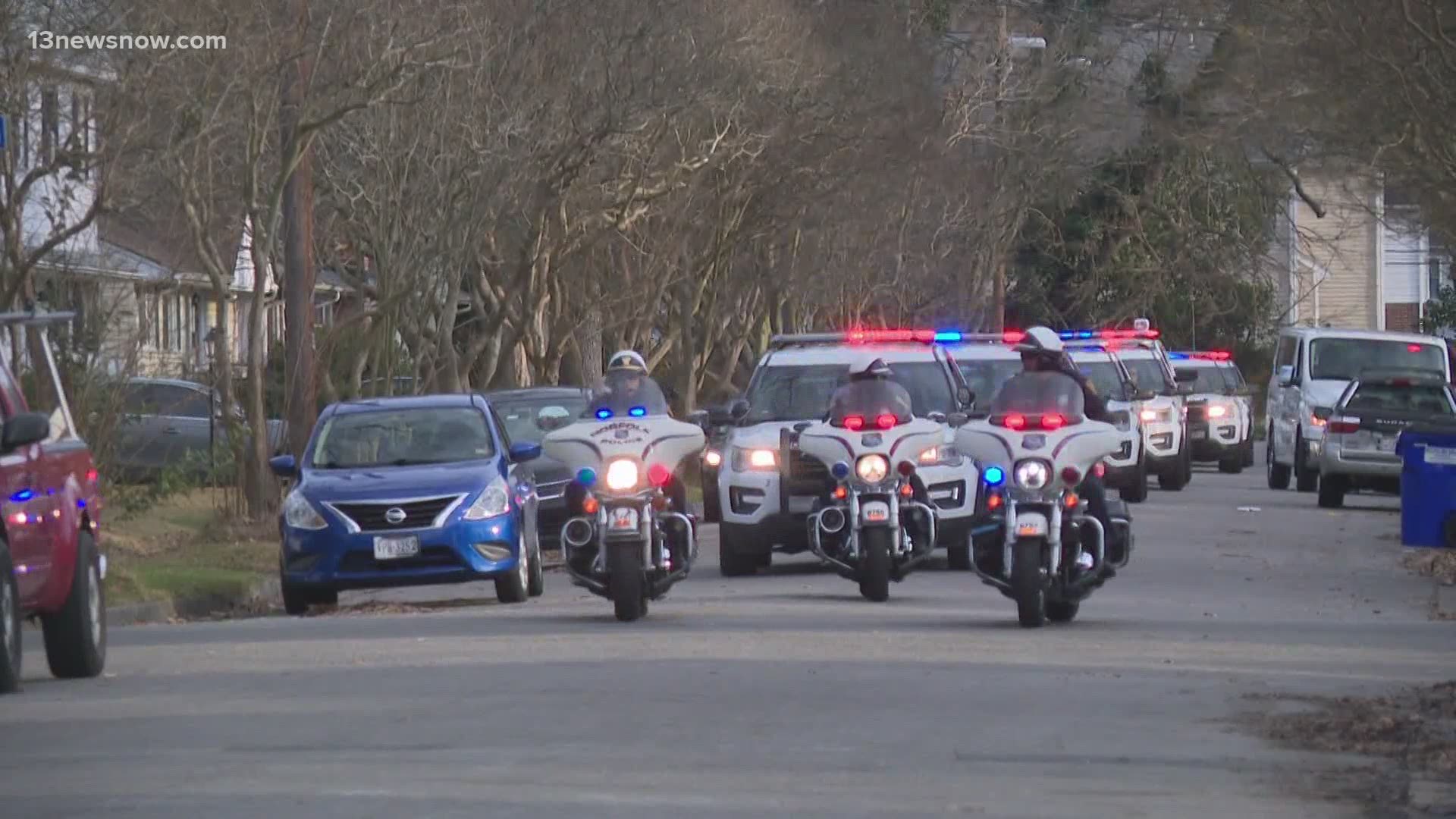 The officers rode by the home of a retired officer with sirens blaring, to send a message of support.

"We line up and we just let our sirens roar and we have our lights just so everybody can see the solidarity, the support, and the respect that we have for the support that Leonard Merritt has given to the City of Norfolk," Norfolk Police Sgt. William Pickering.

#NorfolkPD sends our condolences to the family of former #NPD Sgt. Leonard Merritt who passed away yesterday. Last Thursday, we had the honor of recognizing Sgt. Merritt's service with a drive-by salute. We are grateful for the service Sgt. Merritt provided the City of Norfolk. https://t.co/yaTFJ45MQ5