Battleship Wisconsin was commissioned on April 16, 1944. A special ceremony was held Tuesday at Nauticus. 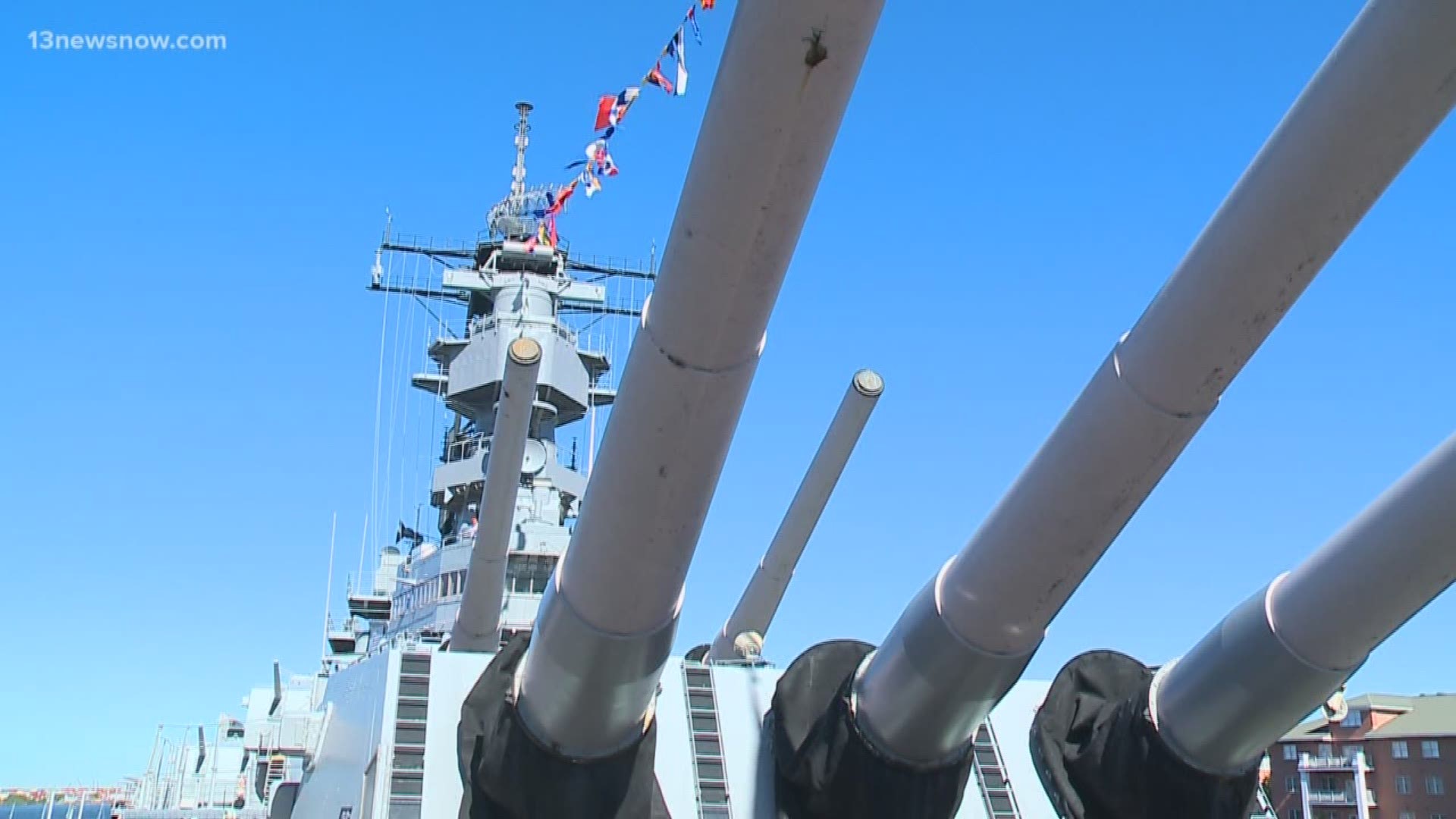 NORFOLK, Va. — On Tuesday, a special celebration was held to mark the 75th commissioning anniversary of Battleship Wisconsin.

The ship, which was commissioned on April 16, 1944, played a key role in World War II, the Korean Conflict, and Operation Desert Shield. The vessel earned five battle stars for service and was once home to nearly 3,000 men.

The ship's final decommissioning was in 1991 and it was then moved to Nauticus in 2000 as a floating museum.

"She served our nation with dignity and distinction," said Norfolk Mayor Kenny Alexander.

"The Iowa Class battleship has been central to our Navy history, so it is a large part of who we are and where we've been," said Rear Admiral Chip Rock, commander, Navy Region Mid-Atlantic.

The fifty-year-old former Wisconsin sailor, Keith Nitka, was at the event for the latter-day Desert Storm portion of the ship's history.

While the Wisconsin has had a major impact on U.S. Navy history through the decades, it's also made a big difference in the history recently of downtown Norfolk.

It was December 7th, 2000, the ship arrived at its current location next to Nauticus. The city took full ownership in 2010.

"It's beautiful," said retired Rear Admiral Jack Kavanaugh. "It just brings 350,000 people, most of them from out of the area, into Norfolk. That and the iconic-ism of it being a symbol of the Navy."

At 887 feet 3 inches in length, the Wisconsin is said to be one of the biggest warships ever built.

Nauticus is hosting year-long anniversary celebrations called "Their Stories. Our History." Starting April 16 through October, Nauticus will share stories of the sailors who served on the ship.

Nauticus will show videotaped accounts of life aboard the ship from those who called it home, as well as the opening of interior spaces never seen by the public, will be among the many ways visitors will be able to fully experience the vessel once called “A City at Sea.”

“The Battleship Wisconsin is a national treasure,” said Stephen E. Kirkland, executive director of Nauticus earlier this year.  “It’s Nauticus’ extraordinary privilege to be the steward of the ship, but it belongs to the great country for which it served for so many years.”

A ceremony to mark the Wisconsin's commissioning was be held Tuesday at 10 a.m. at Nauticus.