Ryan Elza was supposed to find out if a judge would grant him bond, but his lawyer asked that the hearing be removed from the docket. 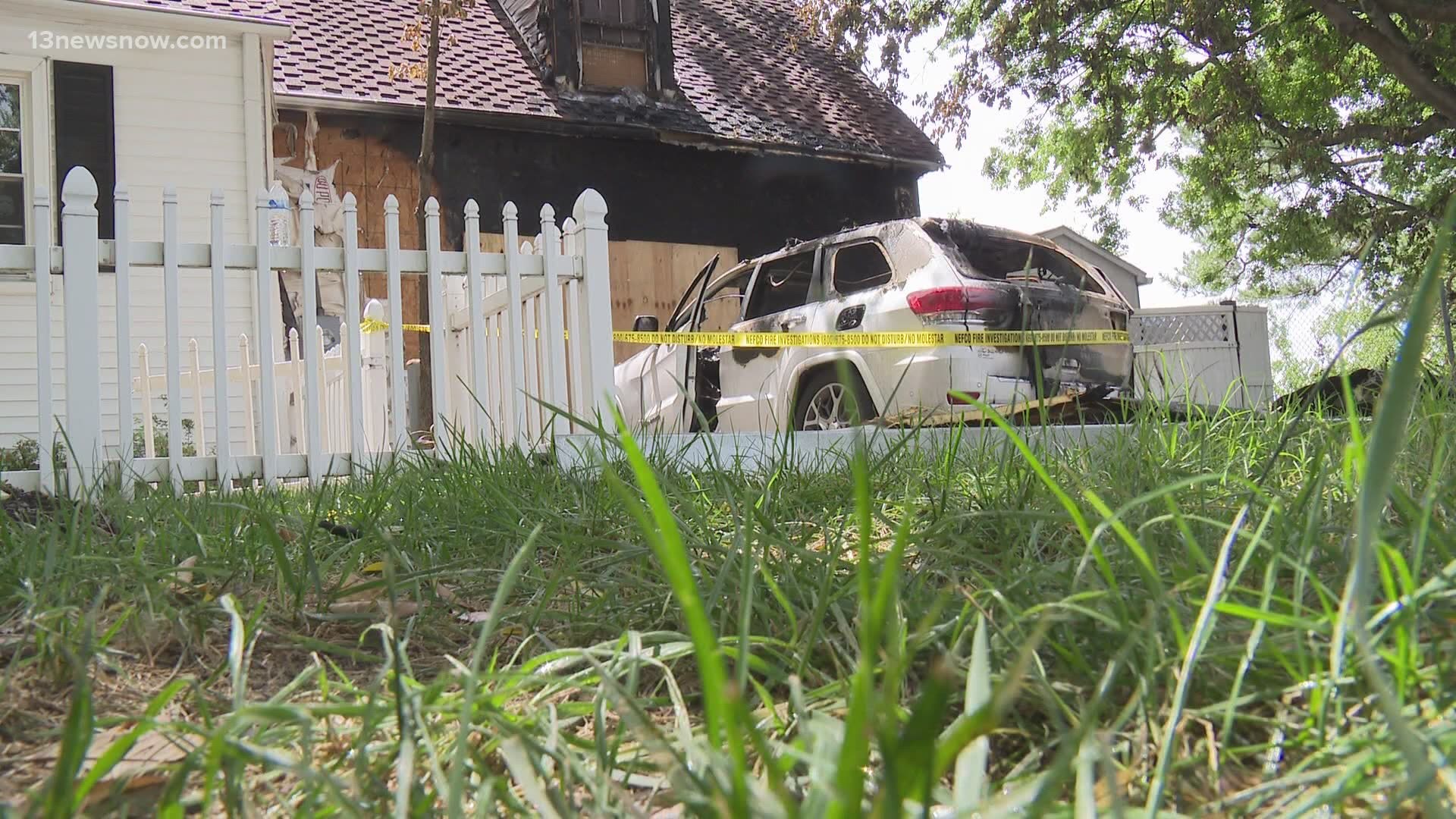 NORFOLK, Va. — A bond hearing scheduled Tuesday for a teacher accused of setting fire at a home in West Ghent was postponed at the request of his lawyer.

Investigators said Ryan Elza, 42,  set the fire in June, shortly after an argument with a neighbor. The neighbor, Patrick McGee, lives across from Elza, who is a teacher for Norfolk Public Schools.

Prosecutors said Elza had an argument with McGee in May. The argument had to do with Elza's wife's car which McGee thought was abandoned. Shortly after the argument, the car went up in flames.

Later, there was a fire at the McGees' home that destroyed a vehicle and caused some heavy damage to the building.

Prosecutors said investigators found video that shows Elza walking to the back of his apartment building with lighter fluid and a bag of charcoal at the time of the fire at the McGees' home.

Charcoal was used to set fire to the car, and investigators found pieces of the bag of charcoal in the debris.

Elza was arrested on July 5, about a month after the fire. The charge against him was Arson to an Occupied Dwelling.

Elza previously told 13News Now things weren't as they appeared, and everything was a mistake.

"Because of the way it looked with the video footage or my proximity or my past problems with this individual, Mr. McGee, it kind of puts me in the situation for 'Oh, he looks good for this, so let's go for him.'"

Judge Joe Lindsey originally left the bond option open, something he said he never does in cases like these.

The reason for Elza's lawyer's request to remove the bond hearing from the docket Tuesday wasn't clear.

Court records show Elza's next court appearance will be on Sept. 30.