Passengers were eager to take the first trip out of ORF to Charleston, South Carolina, at 9:35 a.m. Thursday. 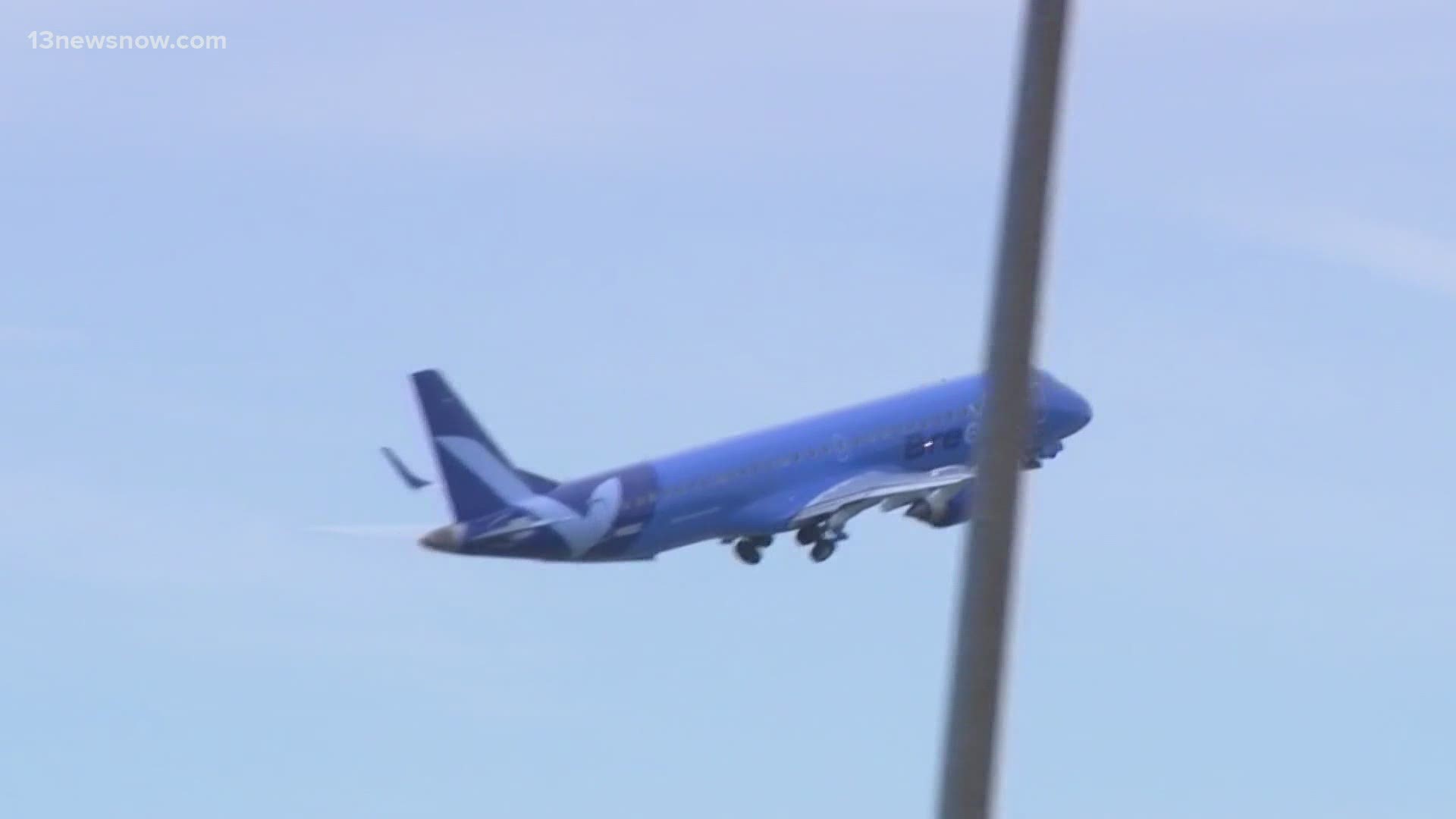 The airline flew its first trip to Charleston, South Carolina, at 9:35 a.m.

Aviation enthusiasts, Owen Haesler and Joseph Genco, were on the first flight out.

“I think it's always exciting to get a new airline with so many cities at my home airport," said Haesler.

Gencor says it’s been a while since they bought a ticket to the skies, saying, “This is my first flight in over a year, almost two years, so I'm really excited to be flying again."

Chalk says with lifted mandates and a pent-up demand from travelers, he hopes it’ll take Norfolk to higher levels, saying, “having those tourism and business opportunities to come down to our region is big for us."

Norfolk will be one of Breeze Airways’ first four operations based in the United States, and the airline also plans to offer flights out of Richmond International Airport.

Where’s your next destination?@NorfolkAirport is getting ready for the first flight out of the new airline Breeze Airways…
The latest on @13NewsNow at Noon! pic.twitter.com/ytY05jp5vK