Carnival Cruise lines cancels all stops through June, including Norfolk

Nauticus officials say Norfolk's economy will miss out on potentially "hundreds of thousands of dollars" thanks to COVID-19. 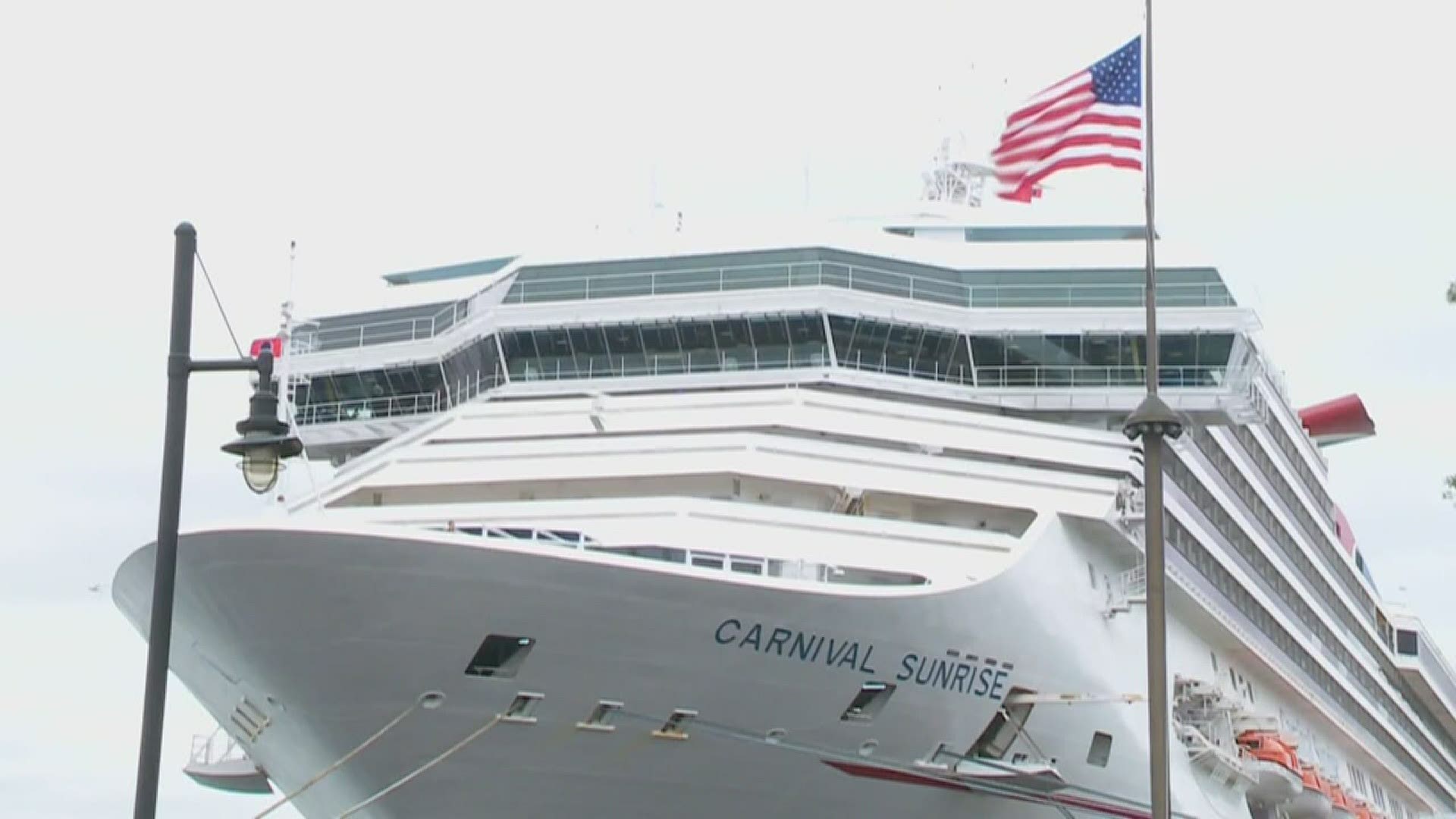 NORFOLK, Va. — Before COVID-19, Nauticus executive director Stephen Kirkland said his team was gearing up for a booming cruise season. But the world’s largest cruise company, Carnival Corporation, announced it’s canceling all of its sailings through June 26.

“2020 was expected to be a phenomenal year for us," Kirkland said. “We had dozens of ships scheduled through May... but clearly, this season isn’t going to happen.

Amid warnings to stay-at-home, social distance, and maintain six feet of space between you and others, Kirkland said people are wary of gathering on ships.

Also gone? The money the ships would have brought to Norfolk.

“Without questions, hundreds of thousands of dollars in terms of impact and direct revenues and frankly more significant than that is the indirect economic spin-off that these cruise ships have,” he said.

Kirkland explained the cruise industry is big business for cities that have ports of call.

“Every passenger that comes through Norfolk on average spends about $125 per person," he said. "If you take that, multiplier, and you realize that thousands and thousands of passengers aren’t going to be coming this year, that impacts our economy in a big way.”

In February, Carnival signed a five-year contract with Norfolk, a deal that would bring in 12 additional sailings and an estimated $12 million to the economy, beginning next year.

Kirkland said that deal is not being affected, and this fall season is still a go.

“I have every confidence the cruise line is going to rebound but right now it’s a tough scenario," he said. “I’ve been talking to our cruise industry partner virtually every day, if not at least once a week. They’ve never been through anything quite like this."

RELATED: Cruise ships must stay at sea with sick onboard, Coast Guard says