Centuries-old discovery made at Catholic church in Norfolk

Archaeologists call it a mysterious discovery buried beneath the Basilica of Saint Mary of the Immaculate Conception. 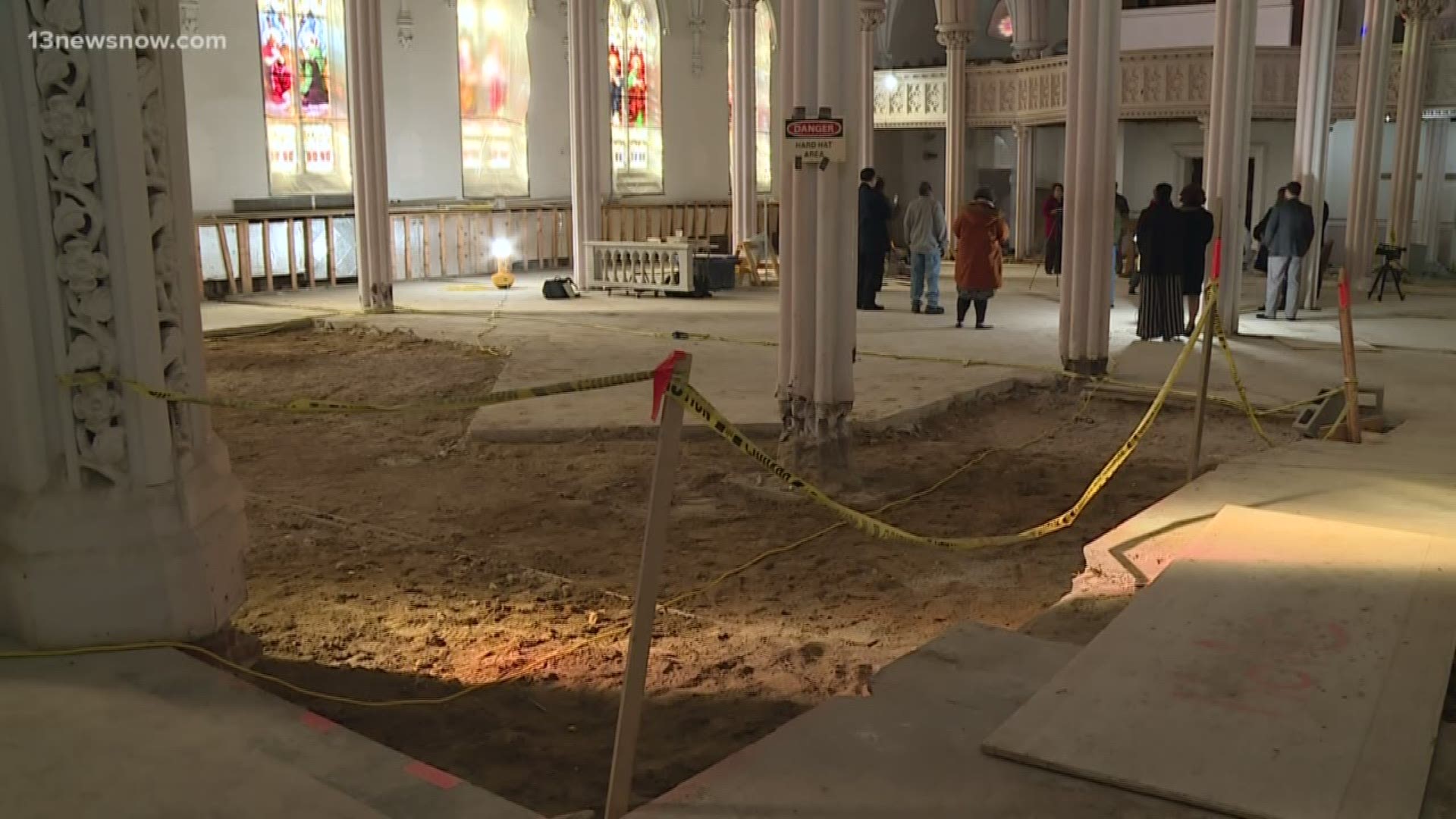 NORFOLK, Va. — It’s a mysterious piece of history that may have been hiding for hundreds of years.

During a renovation of the Basilica of Saint Mary of the Immaculate Conception in Norfolk, contractors uncovered a long, brick tunnel and three crypts buried in its foundation.

“A lot of what we’ve discovered is still a mystery to us,” said archaeologist Dr. David Brown.

Along with Brown, Norfolk historian Dr. Cassandra Newby-Alexander was called in to help investigate the potential historic significance.

“There were people who were involved in different activities in the city including the underground railroad,” said Newby-Alexander. “But we don’t know whether or not there is a connection.”

The crypts are believed to predate the church, according to Brown. They may be a part of a burial site for Norfolk’s African-American community.

In order to determine if there are actual remains inside the crypts, the team has applied for consultation by the Department of Archaeology and Historic Preservation.

Brown’s initial hunch, when it comes to the tunnel, is that it was first used as an irrigation system. But the size of it -- about three feet by four feet -- suggests even greater historical significance.

“Escaping is certainly a theme when you’re talking about the Underground Railroad,” said Brown. “And this is a tunnel that could accommodate someone, as opposed to the smaller ones which would just be for water.”

Figuring out if there is such a link -- if Norfolk played a direct role in one of the most well-known symbols in the escape of slavery -- that is a task that will take time.

But the discovery alone is a thrilling look into the past, one that will be handled with care, just like the house that’s protected it for so long.