The new facility is expected to transform mental health care for children across the state. 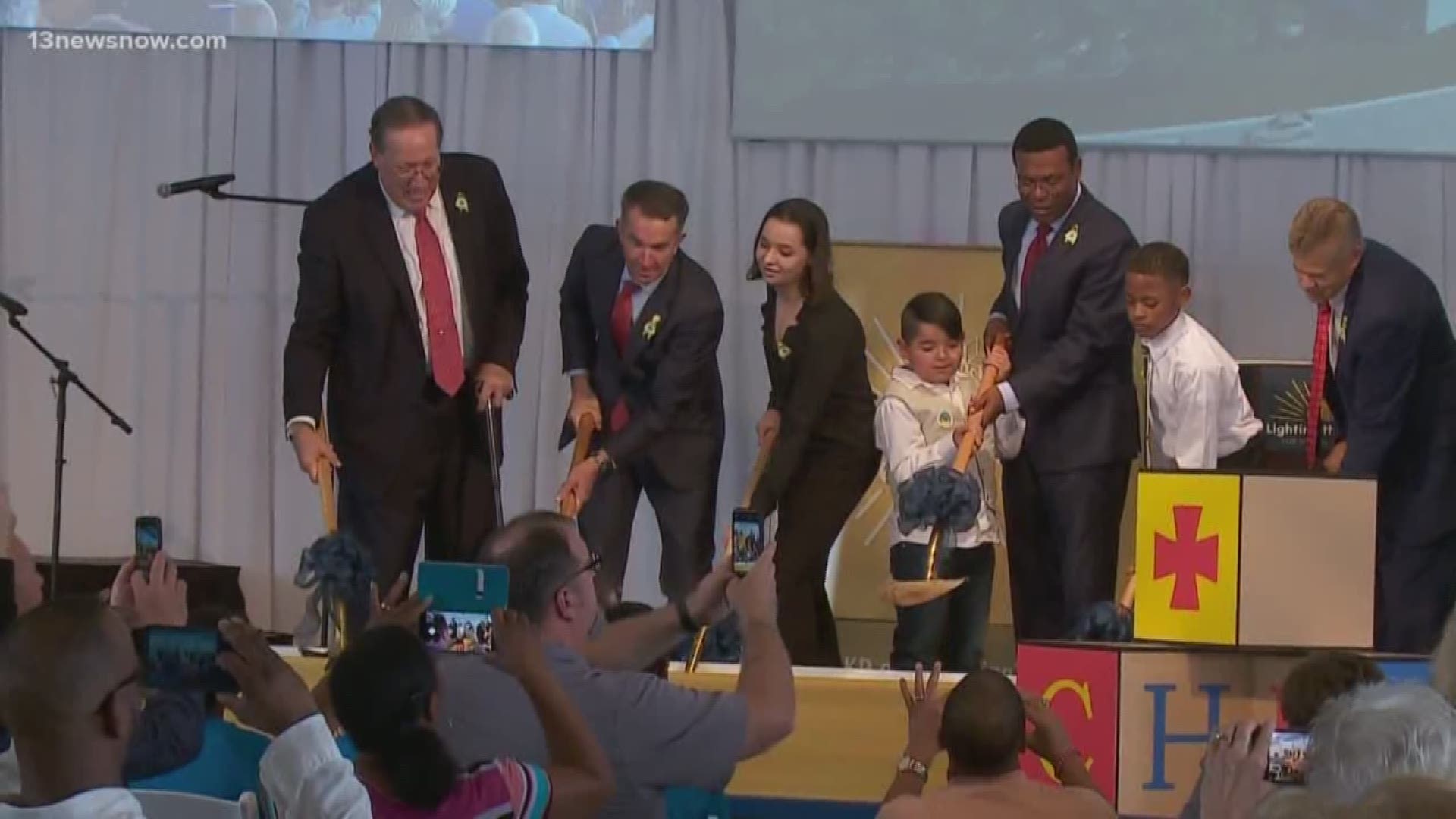 NORFOLK, Va. — It's a milestone day for the Children's Hospital of the King's Daughters and families in Hampton Roads: crews broke ground on a new mental health hospital on Tuesday morning.

Northam, a pediatric neurologist at CHKD before becoming governor, was keynote speaker at the ceremony, which showcased plans for the mental health hospital.

The new facility will be $224 million, and it's expected to transform mental health care for children across the state.

Julian Garcia is just nine years old. Yet, he has gone through behavioral health therapy for two and a half years and he said it’s helped him stay positive

"I can make the world a better place," said Julian.

His mom said he benefits from the extra support too, because he has Glycogen Storage Disease, a condition that has prevented his liver from working as it should since birth.

"[Mental health help has] been such an amazing help," said Isabel Garcia.

At the groundbreaking, he shared his story as an example of the importance of having pediatric mental health support.

Julian said, "I want to show kids that it’s OK to be sad or anything like that."

CHKD’s President, Jim Dahling, added that "this is like the ultimate accomplishment of our mission. Meeting the needs of all of the kids in our community."

"It’s going to be something amazing for other kids other than my son."

The 14-story building on Gresham Drive will be the centerpiece of a bold new initiative that will provide a full spectrum of mental health care for children, filling a critical gap in a statewide shortage of pediatric mental health services.

The 60-bed facility will offer a new level of care, standing out among the nation’s top pediatric mental health hospitals, with an innovative patient- and family-centered design, research-based treatments, academic training programs for the next generation of child psychiatrists, and unparalleled support and community involvement.

All inpatient rooms will be private, with sleeping accommodations for a parent.

The facility, scheduled to open in 2022, will also provide outpatient therapy and a “partial hospitalization” program that provides intensive care to children who will spend most of the day at the hospital but still reside at home.

The facility will including an outdoor recreation area, an indoor gym, a music room and recording studio, a rooftop garden, a soothing multi-sensory room, and family lounge areas.

The new hospital will focus its programming on children who have the hardest time finding treatment, including children with autism and other neurodevelopmental disorders, as well as, children with eating disorders, chronic medical and co-occurring mental illness, and children ages 2 to 5.