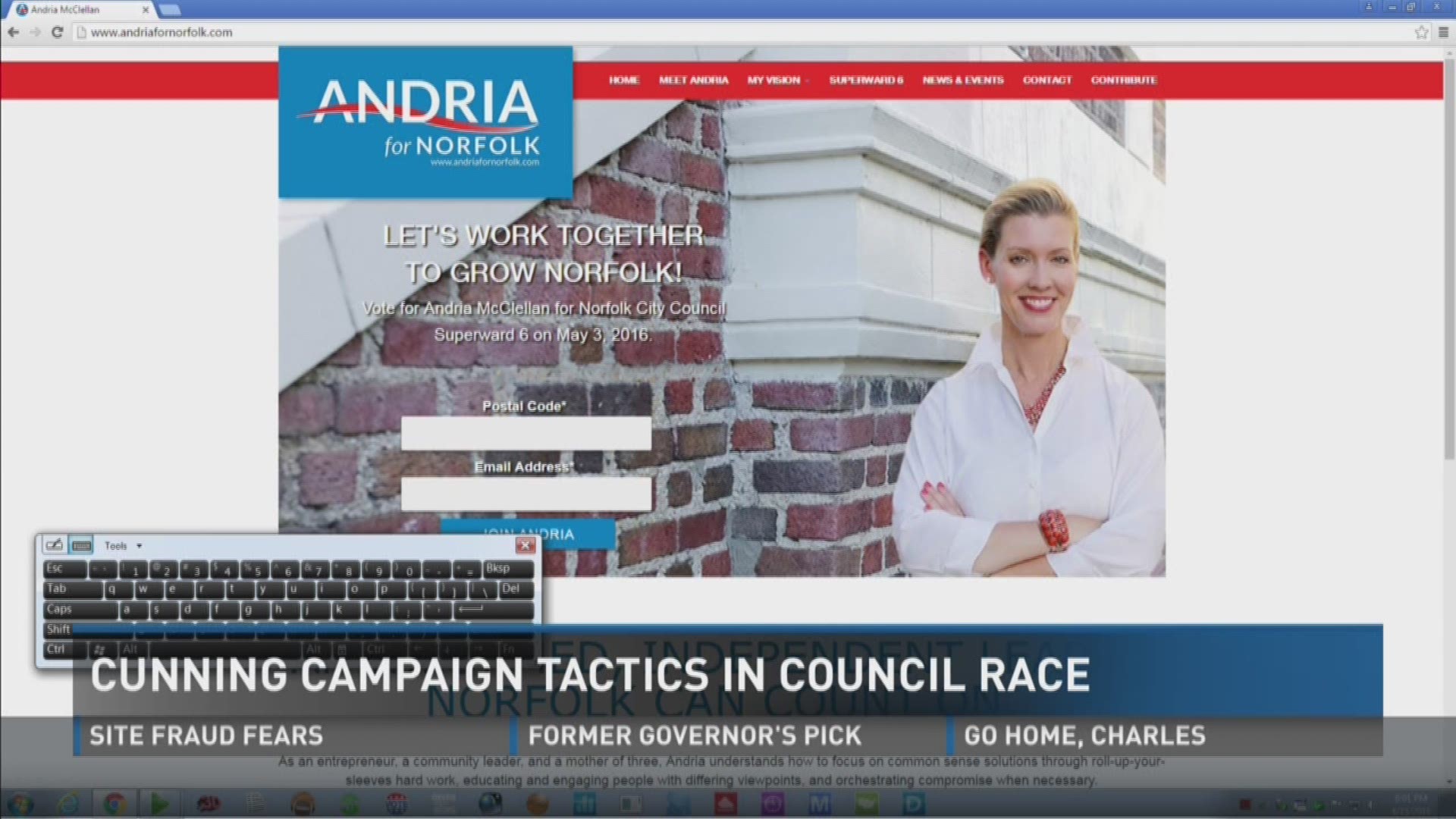 NORFOLK, Va. (WVEC) - The fight to represent Norfolk Superward 6 is heating up. Three candidates Barclay Winn, Andria McClellan and Warren Stewart are hoping to claim the seat on May 3. One candidate has claimed another's website name to direct people to her website.

If you type in the web address BarclayWinn.com his competitor Andria McClellan's name pops up in the address bar. If you enter the web address you are redirected to her website.

McClellan told 13News Now that her web developer bought the website name after he realized it was available a year ago.

"He was anticipating the election landscape; not deceitful on his part," said McClellan.

McClellan's race competitor Winn said the tactic was a juvenile action by McClellan.

"People distrust politicians because of deceitful behavior like this. I am an honest person who has worked hard to make Norfolk a better place and I intend to continue that work," said Winn.

"Social media stuff seems to be there and people get impressions and those impressions result in decisions that could be reflected in the voting day," said Stewart.

Meanwhile McClellan said the tactic was a strategic move by her web developer.