Norfolk City officials say they investigated and are unable to accept liability. 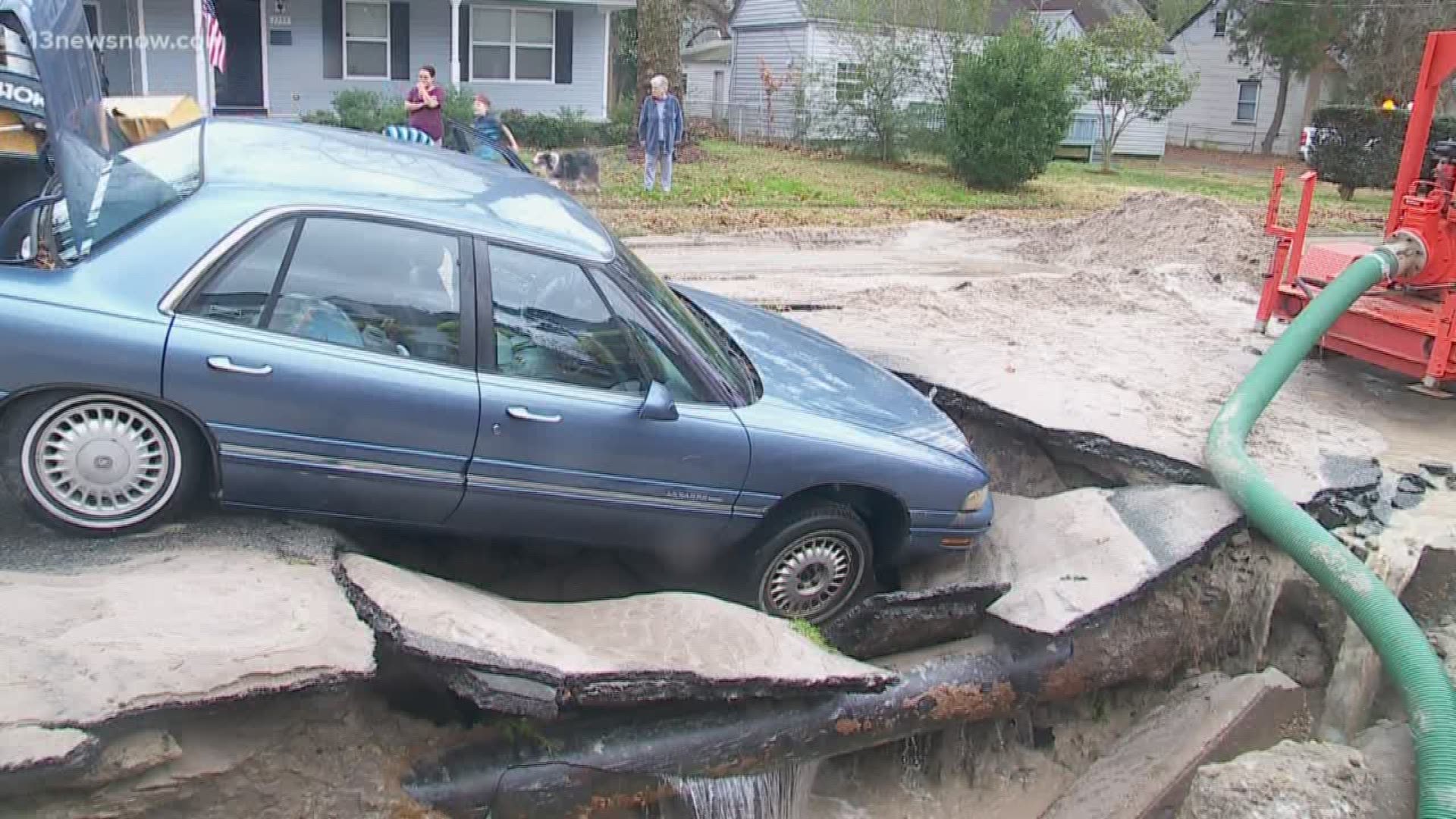 NORFOLK, Va. — A woman is left paying thousands of dollars out of her pocket after her car fell into a sinkhole back in December.

Kellie Corner was driving to work on Fishermans Road back on December 30, when she said the road collapsed underneath her. At that time, Norfolk officials said a sinkhole opened up after an underground pipe from 1945 broke.

“The water just came in my car," Corner said. "It damaged a lot. My medication, my purse and my phone. Everything was ruined.”

RELATED: Car gets trapped in sinkhole that opens up in Bay View area of Norfolk

Two months after the incident, Norfolk officials sent Corner a letter that claimed they are not legally responsible for the damage.

That news is leaving Corner frustrated and overwhelmed.

A mechanic told Corner the car would cost more than $2,000 to fix. She said her insurance company won’t cover it either, because she only had liability insurance.

"It’s drivable for now, but the lights don’t work. My modem on my airbag is gone."

The problem is, she knows her car will not pass its next inspection in May. She’s been calling several lawyers, hoping someone will help her fight this case.