The Save A Lot store near downtown Norfolk will close on Saturday, creating a 'food desert' for about half of the city's public housing residents. 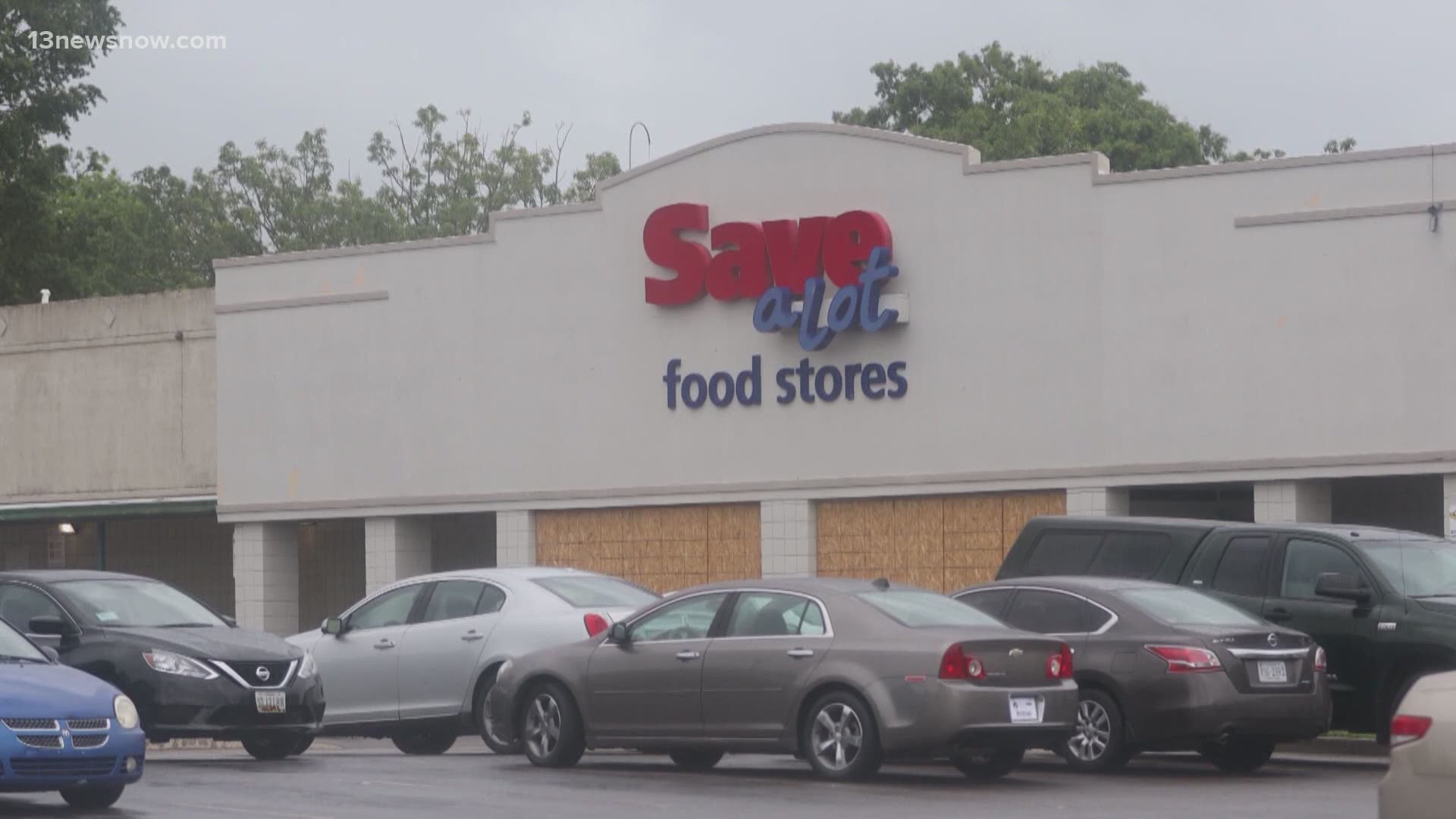 NORFOLK, Va. — The only grocery store in Norfolk's St. Paul's area will close within the week, leaving neighbors without a nearby option for produce.

"This is going to be a disaster for us, because this is the closest store to us," Deanna Mourning, a Young Terrace resident, said. "We need this store for groceries, especially for our elderly families that live in the neighborhood."

The Save A Lot store at 720 Church Street, northwest of downtown Norfolk, is central to about half of the city's public housing, including the Young Terrace, Calvert Square and Tidewater Gardens neighborhoods.

The next closest grocery store is about a mile away.

"Every time something comes here it leaves," Mourning said. "It never stays long and I don’t understand with the business that we make just with the communities that surround it.”

The Save A Lot will close on Saturday, June 20. A company representative said the store is closing because of financial performance and the company’s long-term strategic plans, not because of the coronavirus pandemic.

However, Mourning says the pandemic and related job crisis will affect where and how people can shop.

“Some people aren’t working now so they don’t have rides and money to pay someone to take them farther to go and get food," she said. "For the elderly people who walk over here, where are they going to go now?"

Ruth Jones Nichols, President and CEO of the Food Bank of Southeastern Virginia and the Eastern Shore, said the closure of the Save A Lot has the potential to be devastating for the St. Paul's community.

“We know when a food desert is created, it is largely going to impact low-income communities and communities of color," Jones Nichols said. "Food insecurity and now food access are two issues that will be devastating going forward with our neighbors in St. Paul’s."

Shopper like Gary Walden said it seemed like the grocery store received a good amount of business, but now he's concerned about what people will eat when it's gone.

Walden and Jones Nichols both said the City of Norfolk may have to provide incentives for a grocer to return to the area, to help solve the 'food desert.'

"I wish there was a law where you have to have a store in the area," Walden said. "It would help tremendously."

Jones Nichols said the Food Bank is looking at short-term options to help provide produce to residents in the St. Paul's neighborhoods without access to other stores, but said Norfolk needs to find a long-term solution to a food disparity like this one.