Stop the Violence group members gathered with the community to rally against the gun violence that took the life of a teen girl on Tuesday. 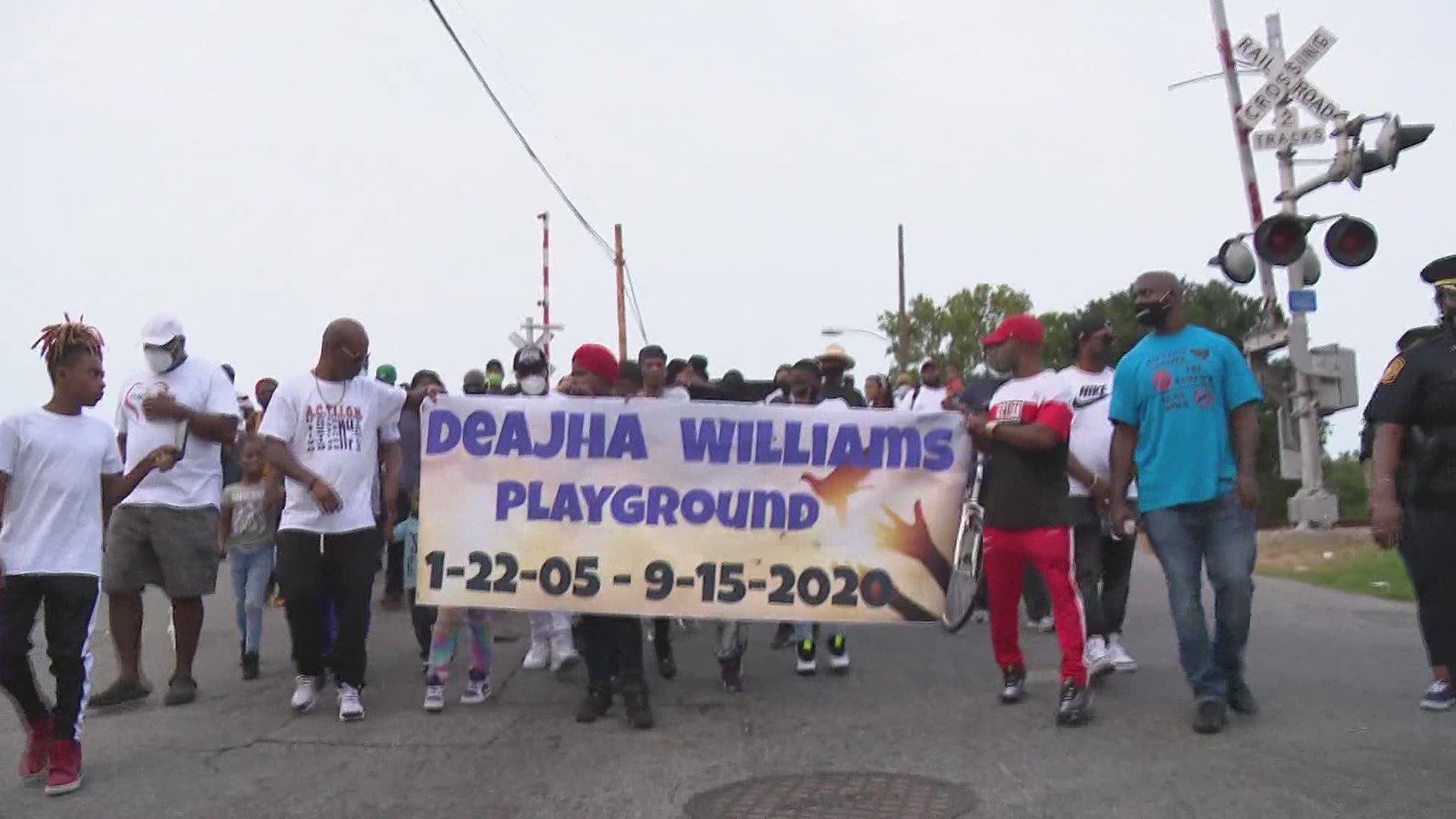 NORFOLK, Va. — A Norfolk community is frustrated and grieving, and is calling for change after gun violence took the life of a teenaged girl on Tuesday.

Norfolk Police said they arrested two teens in connection to the fatal shooting.

The girl’s father, Jesse Smith, said it is his 15-year-old daughter Deajha Williams who died. The local community and members of "Stop the Violence" surrounded his family with love and support on Wednesday at the Pollard Street Park, where she died just 24 hours before.

They marched through the Lindenwood neighborhoods in Norfolk calling for an end to the violence.

“She represented courage, love. Man, she was like a bright light,” Smith said.

He said it’s time for her light to wake up the community.

“Even if we don’t love each other, let’s show respect, all ages to one another,” Smith said.

Police Chief Larry Boone once again is pushing the community for help in solving gun violence in the city.

“There are systems in place that create the things we see across Hampton Roads, not just in Norfolk, across this state and across this country,” Chief Boone said to the crowd. “Urban setting has been left for the most part to their own devices. That is the reality of it. Until we start speaking louder and holding those accountable who are in charge, we will be doing this again.”

When asked if city leaders are doing enough to help address gun violence, he said the responsibility falls on all.

“Everyone that occupies space in this great country,” Boone said.

Neighbors do not want Deajha to be forgotten. They'd like the park where she was killed named after her.

They hope her story spreads the awareness needed to create real change.

“When you think of my daughter, let’s leave the guns and all that,” Smith said. “The park is for the kids.”