Mother's Day is one of the busiest days of the year for florists! But this year, shops are experiencing a flower shortage. 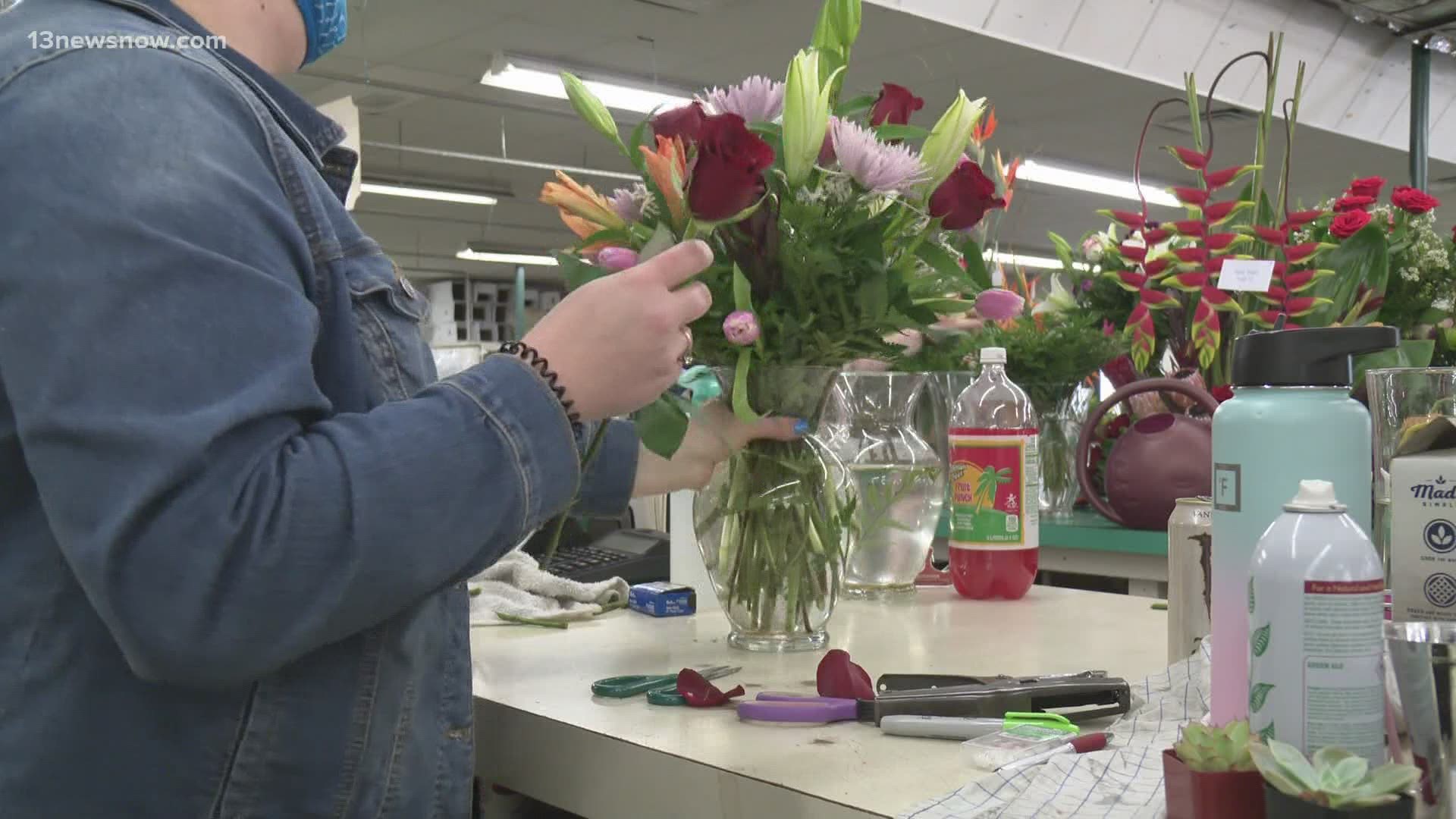 NORFOLK, Va. — Florists across Hampton Roads are hard at work putting together dozens of bouquets.

Over at Norfolk Wholesale Floral, the team there is pulling out all the stops so you can impress mom.

Owner Jason Cook said it's one of the busiest days of the year for them.

"Mother's Day is second behind Valentine's Day but not too far behind," Cook said.

Reynard Boyce stopped by to find something for his mom and managed to grab a huge tropical bouquet, just in time.

"It just caught me! As soon as I walked in the door I said 'That's the one!' Nothing could touch it. Because my mom's kind of - you know, so that's going to fit her personality and she loves tropicals," Boyce said. "I love this place. Best place ever. I've been coming here for years."

But there is one problem florists are dealing with, this year: a flower shortage.

"There's definitely a flower shortage," Cook said. "There is one point, even up to last week where I was told I was getting zero of several thousands of stems of carnations and pom-poms I had ordered.

Cook said it's an issue affecting florists across the country.

There are several factors to blame - ranging from cold weather in South America to pandemic-related economic problems.

Cook said he managed to get the flowers, just in time; and there are plenty of other options on the table. So don't let that be your excuse if you didn't get mom something nice!

And there's more good news, Cook said after a slow Mother's Day last year, sales are back in bloom this spring.

"This year, especially, comparing it to last year where we were sitting around it was maybe one of the worst years we ever had. This year seems to be up at least 4 times last year," he said.

Cook said he had hundreds of pre-orders and walk-ins for Mother's Day that kept his team busy all week.

If you still need to get mom something nice, Norfolk Wholesale Floral is back open on Monday.