Smoke from the fire forced people to evacuate from the nearby Roebuck apartment building. 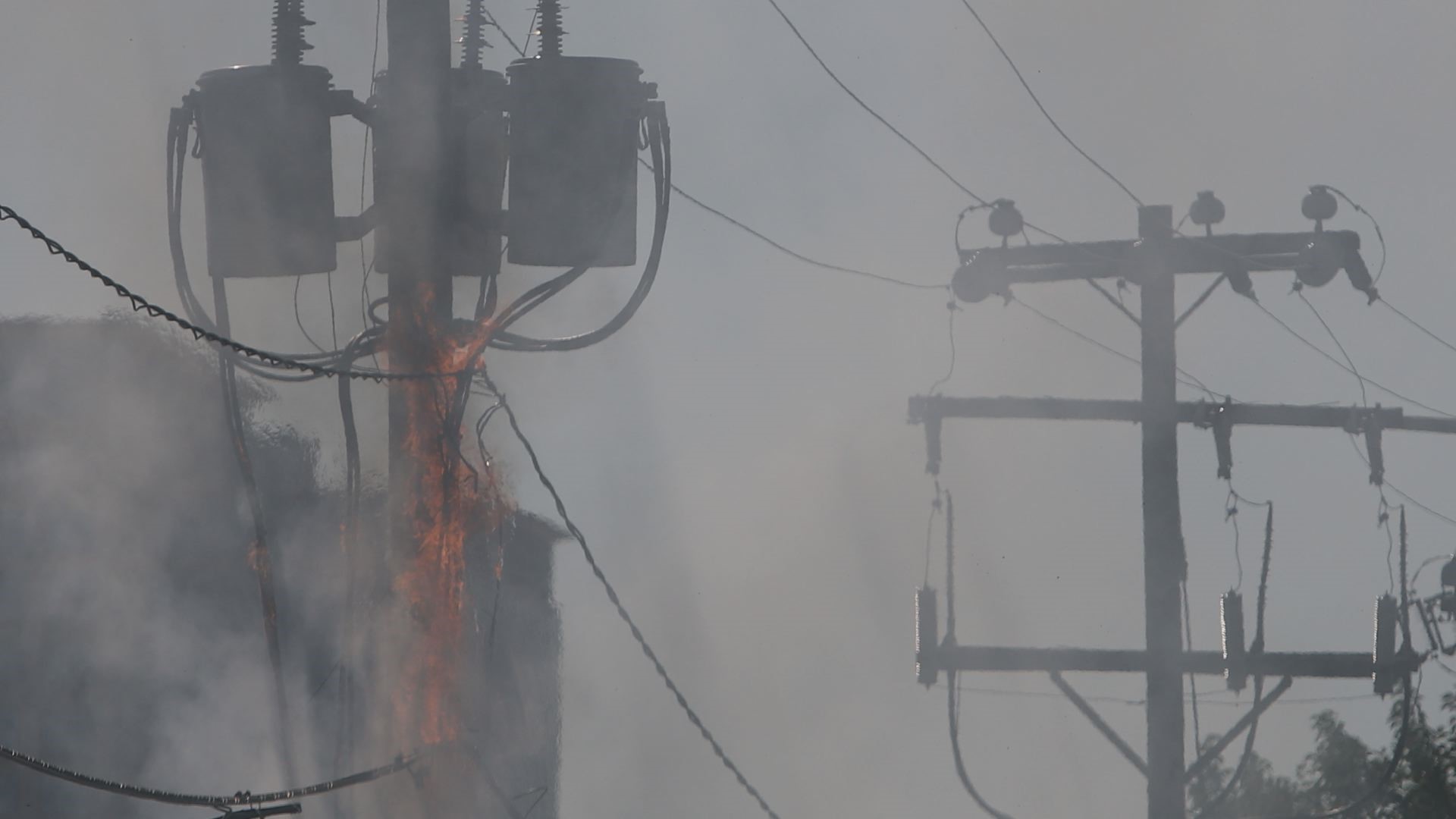 NORFOLK, Va. — The Norfolk apartment building was briefly evacuated on Monday after a nearby power pole caught fire.

Residents of the Roebuck Apartments on Front Street said fire alarms in the building started going off just before 9 a.m. The cause was smoke coming from an electrical pole across the street.

The apartment building is right next door to the headquarters for PETA. A worker who spoke with 13News Now said the road was completely blocked off, preventing anyone from going in or out of the building.

"Luckily, they were keeping a close eye on it, so nobody inside the building had to be evacuated or had any cause for harm," said PETA employee Hannah Battiste.

Neither PETA nor the Roebuck Apartment buildings were actually damaged by the fire.

Dominion Energy crews are on scene working to fix the power line. The area is expected to be without power for the rest of the day.

It was not immediately clear what caused the electrical pole to catch fire.