The driver accused of the incident is appearing in court on Wednesday. 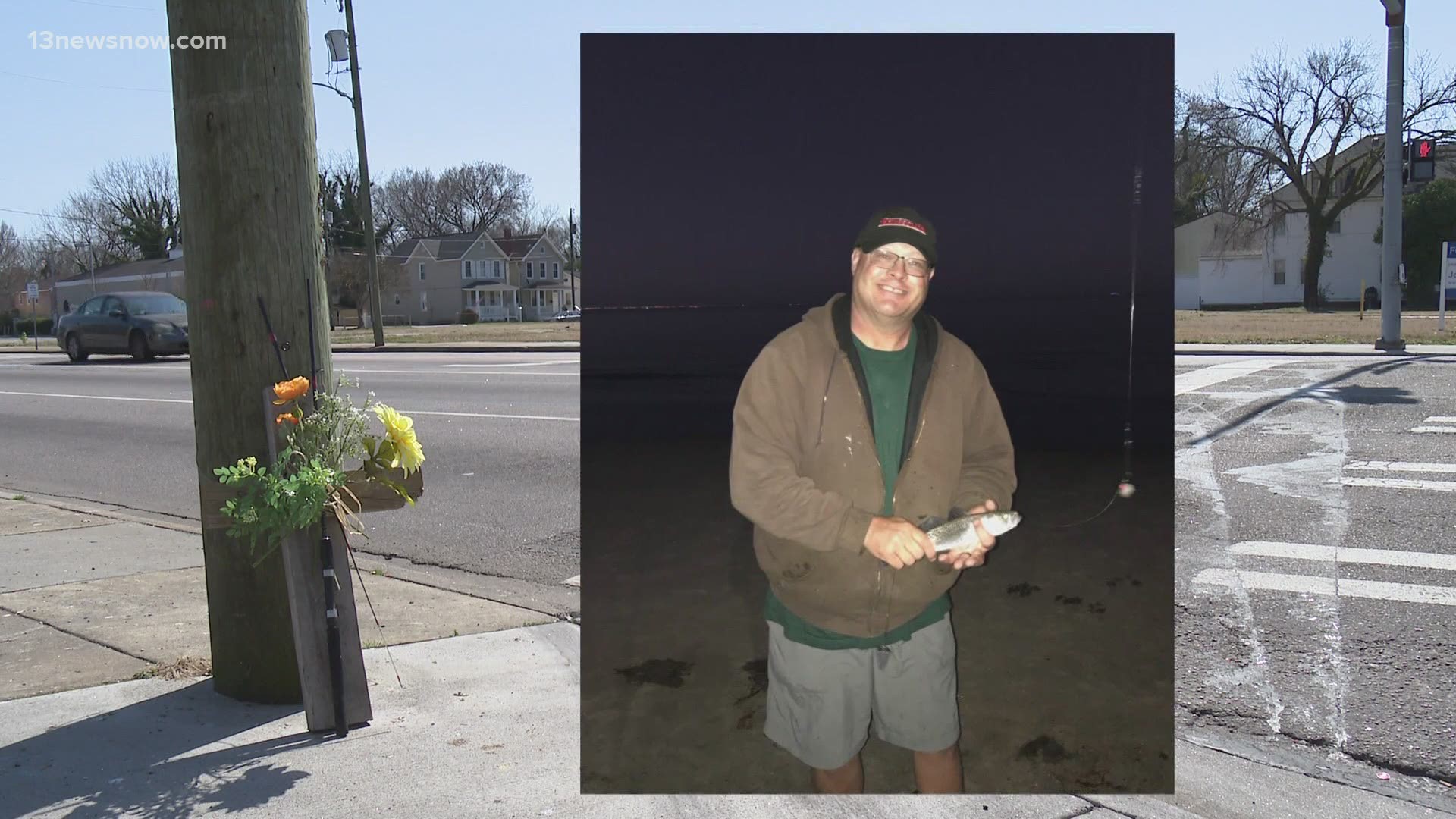 NORFOLK, Va. — It’s something you never think would happen to your family, and it's a day Lyndsey Stone said she’ll never forget.

“I was standing right there at that corner when I saw my dad laying in the pavement dead, lifeless," she said. “That was really hard. That image haunts me still.”

Her father, 51-year-old Paul Stone, died in a hit-and-run accident last November. She made a wooden cross to mark the spot where it happened, at the corner of Tidewater Drive and Lafayette Boulevard.

On the night of Monday, Nov. 9, 2020, Lyndsey got a phone call from her boyfriend, Kevin Davis.

“He just said, 'Lyndsey, there’s been a really bad accident. You need to come to the diner on the corner,'" Lyndsey said.

Stone had been a passenger in a car driven by Davis. A van slammed into the passenger side of their car, killing Stone and injuring Davis.

“He was the strongest person I’ve ever known. He could handle anything, he could fix anything. And to see him lying, hanging out of the car... I just didn’t want to believe he was gone,” she said.

“The medics showed up and the police showed up and they stood over my dad’s body for maybe five minutes and they put a sheet over him. And at the time a bunch of the people that were there were saying, ‘He had a faint pulse last time I checked, he’s fine. Stay calm for him.’ He was gone.”

Stone and Davis were on the way home from a fishing trip.

“It’s hard to focus, it’s hard to be so close to the spot of where the strongest man I’ve ever known, passed in a violent way; it’s very difficult," Lyndsey said. “The horror that filled me when I saw him, that told me that he wasn’t here with us anymore."

Stone was a husband and father of three. Lyndsey said he told the best jokes and was always there for his family.

“He coached my brother, me, and my sister in softball, basketball, baseball," she said.

On Wednesday, the woman accused of driving the van that crashed into the car that Stone and Davis were in appears in court. Onyx Harmon, 27, is facing three charges in connection with the incident.

“To be in the room with the woman that took my father... I don’t want to do it but I know it’s necessary to get the justice that we need," Lyndsey said. “Whatever happens, I just want it to not happen again. I don’t want someone else to go through what my family and I went through and to have someone so great, taken from us.”

According to the police, Harmon left the scene of the crash and then came back. She’s facing three charges including driving a motor vehicle while intoxicated, refusal of a breath or blood test, and hit-and-run.