The car was driving toward the departure area when it went off the road, hit a tree and caught fire. Four people died in the car fire. 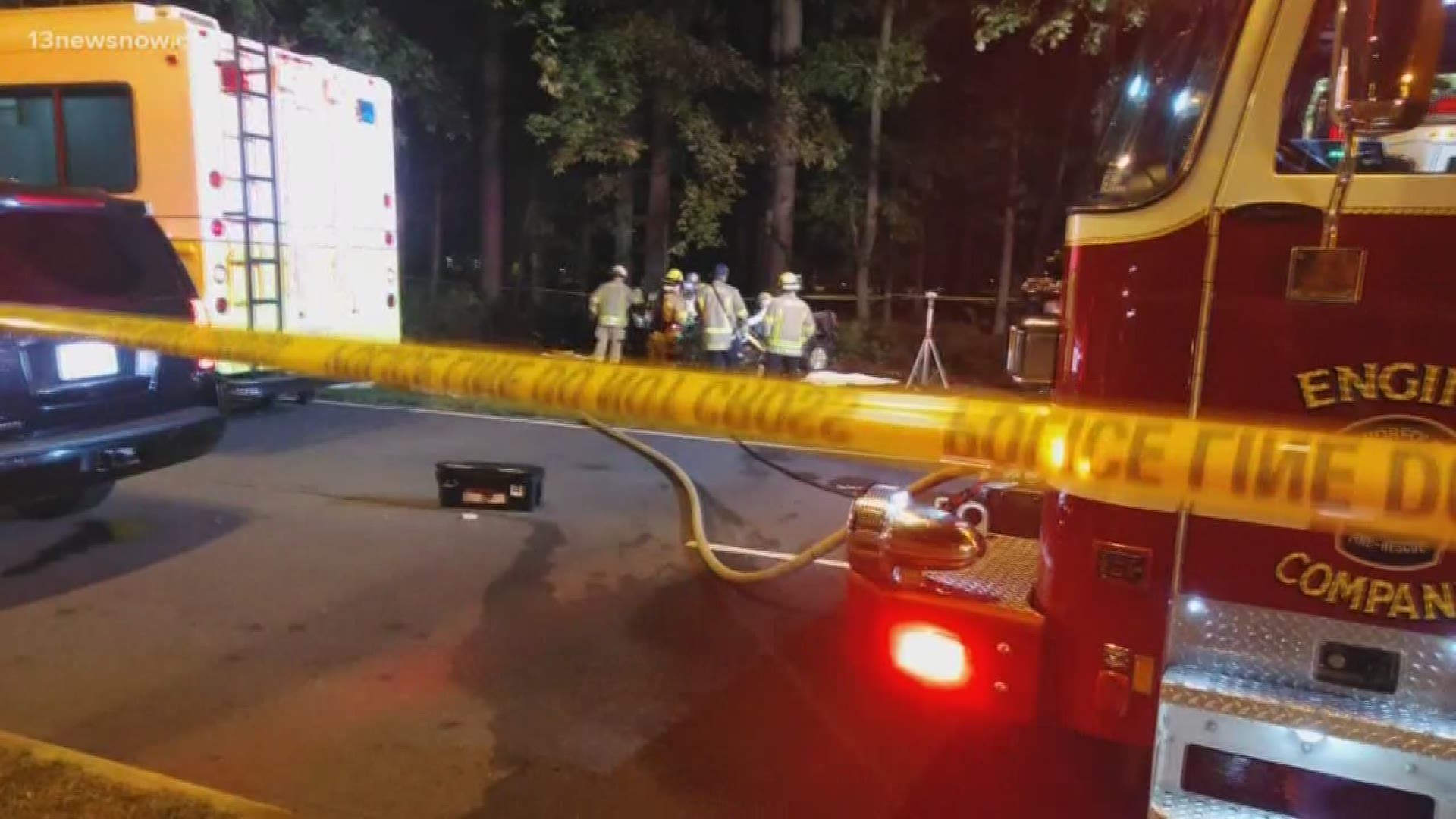 NORFOLK, Va. — Investigators determined that speed was a factor in a fiery crash that claimed the lives of four people at Norfolk International Airport.

Police received the call around 1 a.m. on Saturday, Sept. 21.

Police said in its investigation that a 2018 Dodge Journey SUV was driving east on Departure Road, heading toward the departures area of the airport, when it went off the road, hit a tree and caught fire.

The car caught fire and as bystanders attempted to rescue the people inside, flames fully engulfed the vehicle, trapping the occupants inside.

All four people in the car died at the scene.

Tina Paloukos was on her way to pick up someone from the airport around 8 a.m., when she saw the scene.

“The car looked horrible. I feel so bad for everybody involved. It looked horrific,” she said. “It was a shell. It was pretty bad—really bad actually. The whole top and everything was crushed."

The road was blocked for hours this morning as crews worked to recover the victims and clear the scene.

“I’ve think I’ve drove around about 5 times now," Paloukos said. "I know we drove through 20 or 30 minutes ago and they were just cleaning everything up.”

Investigators say that speed contributed to this crash, but they're still working to learn if alcohol was also a factor.

The medical examiner's office is still trying to identify the bodies. Once officials notify the families, they will release their names to the public.

No other information has been released at this time.