Marching for justice on Freedom Friday

Community members from all corners of Hampton Roads held the first of what they hope will be many 'Freedom Friday' marches. 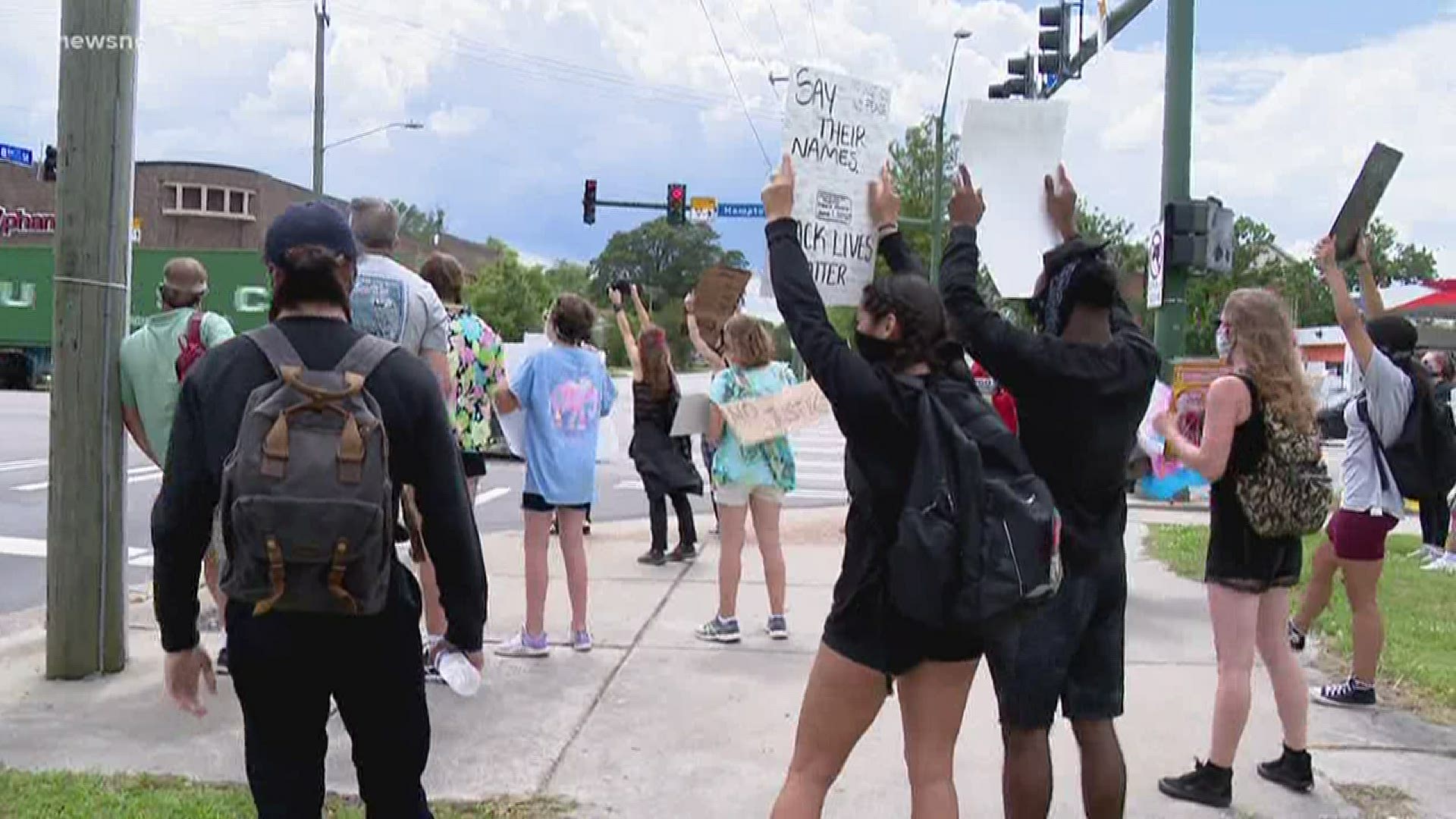 NORFOLK, Va. — Across Hampton Roads, people are taking a stand against racism in our country. In Downtown Norfolk, dozens are marching in a new series called "Freedom Friday."

Organizers tell us this peaceful march is the first of many Freedom Friday marches to come. The group started out small but kept growing as they moved through Norfolk.

They started at 38th Street before heading downtown on Friday afternoon. Their first stop was the Martin Luther King Jr. memorial. The federal courthouse was the second landmark on their route, and they then marched down Granby for a stop at the Confederate Memorial. The march ended at ODU on 41st Street.

The organizer, Micheal Watson, is a student at Tidewater Community College who says people of all races and backgrounds are welcome to join them each Friday and speak up against systemic racism.

"That's what I want, is people to speak their opinions, speak their thoughts," Watson said. "That is what needs to happen."

Added a protester named Jupiter, "With the climate crisis and everything that is happening... and then you throw being a person of color into that, it just gives me hope to see other people."

Norfolk police cars rode along the route with the crowd and blocked off traffic when needed. The march came to an end after 7 p.m., but organizers said they will be back next Friday.