Two women have non-life threatening injuries after a shooting in downtown Norfolk. 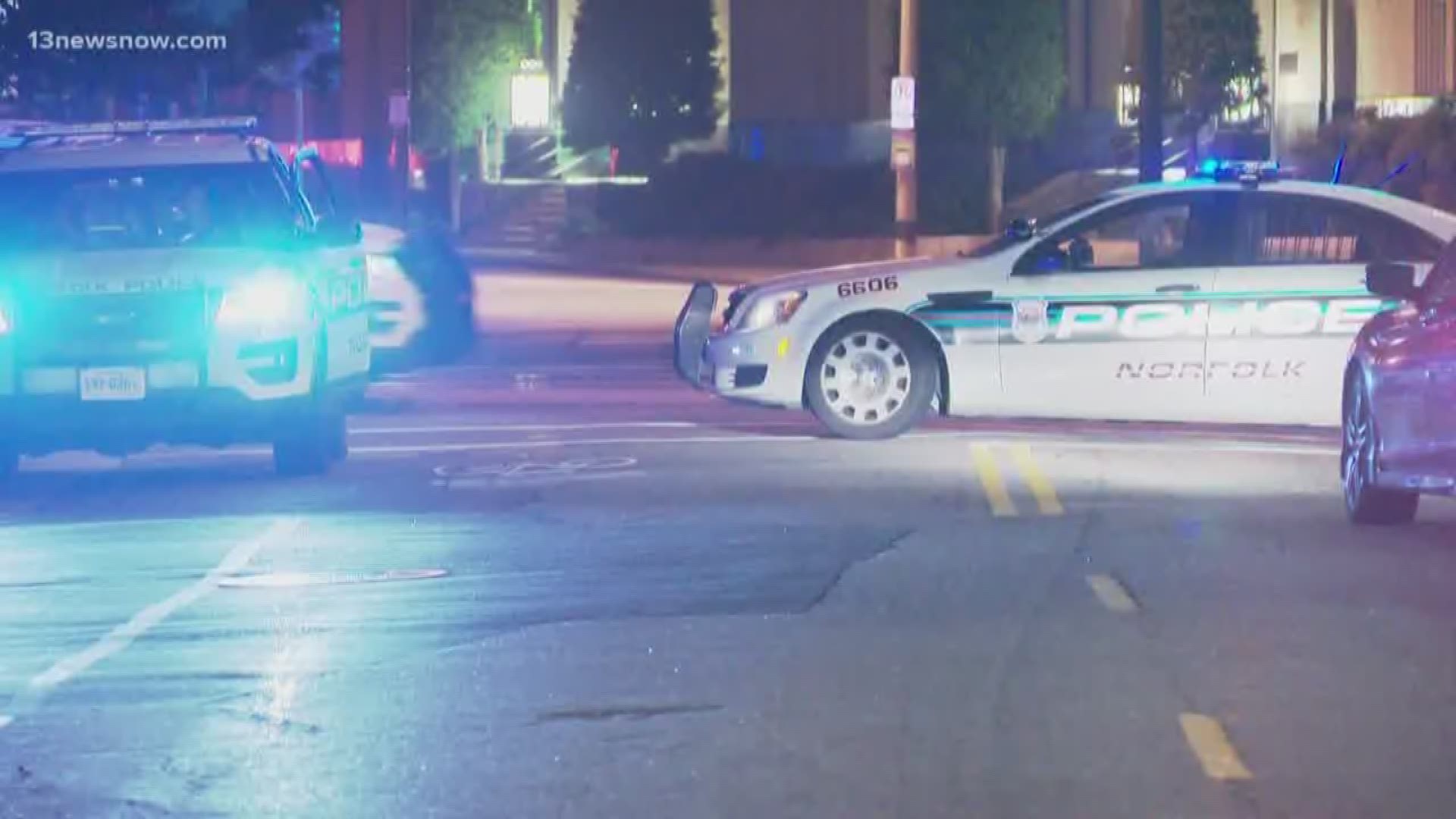 NORFOLK, Va. — Norfolk police officers are on the scene of a double shooting in downtown on Friday morning.

Officials said the incident took place at the intersection of East Freemason and Granby streets. They received a 911 call around 1:30 a.m.

Police said at this time, it is believed that the shooting resulted from a fight.

Police ask anyone with information to submit an anonymous tip through the Norfolk Crime Line at 1-888-LOCK-U-UP.