There are many opportunities to show support to the LGBTQ community. One man in Norfolk is using his new found craft to give back. 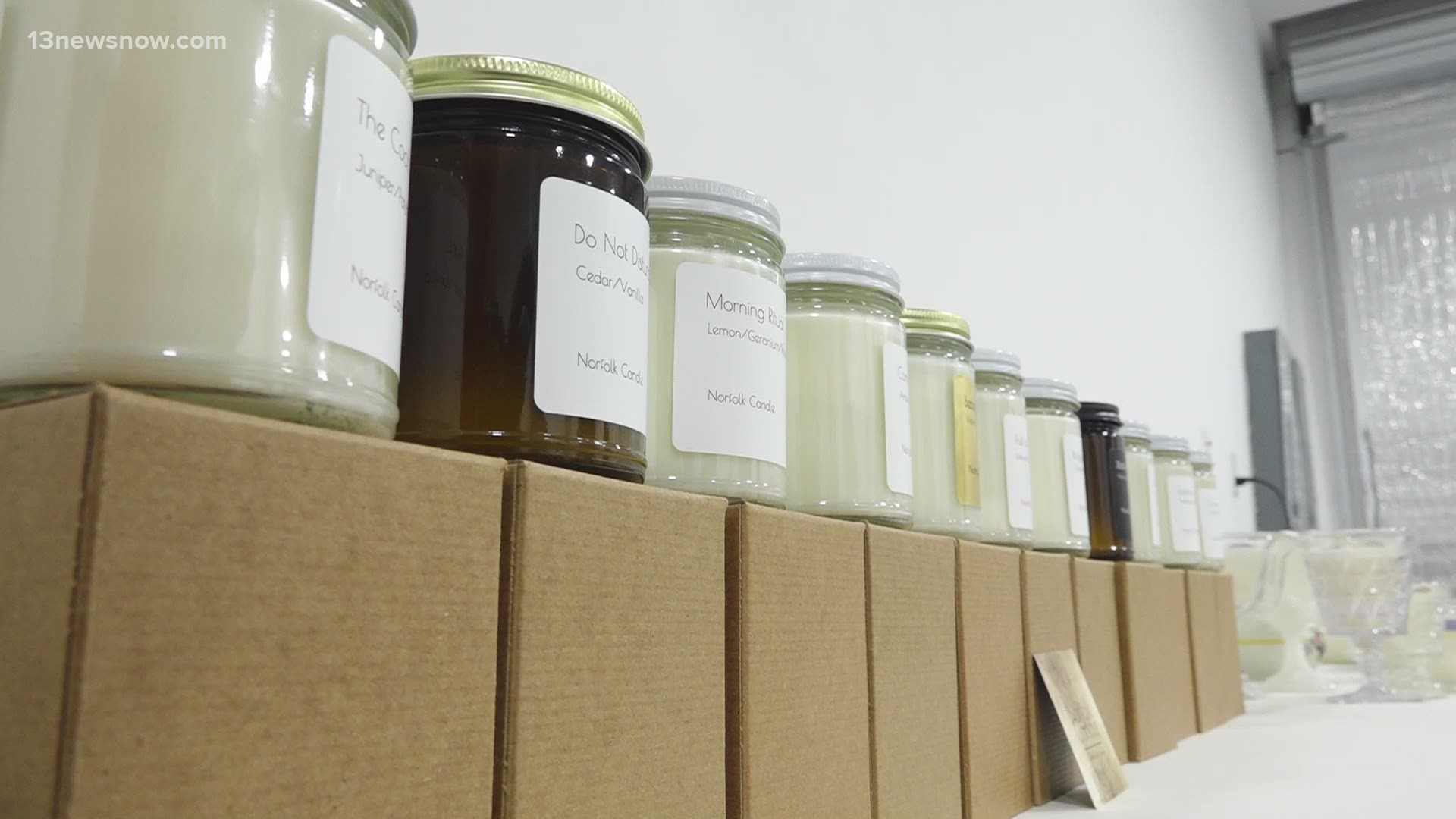 NORFOLK, Va. — Pride month is in full swing across Hampton Roads after the pandemic put a cap on events last year. There are many opportunities to show support to the LGBTQ community. One man in Norfolk is using his newfound craft to give back.

Behind every wick at Norfolk Candle is an intriguing scent, paired with a message.

“This one is wake up, start fresh and be great,” said Norfolk Candle owner Brandon Brinkley.

Brandon Brinkley came home to Norfolk and started crafting, after the pandemic shut down his work in the New York City fashion industry.

“I have always wanted to work in Hampton Roads,” Brinkley said. “This really helped me cultivate that and get back into helping in the community.”

Almost every jar he sells gives back. He’s raised more than $800 for PFLAG Hampton Roads, an organization that supports the LGBTQ community.

“So that candle is called ‘Chosen Family’ and on the back it says, ‘I choose you.’”

He also has candles for the EVMS Hopes clinic and the Virginia Stage Company.

His latest creation is ‘Full of PRIDE’. He is donating $3 to the LGBT Life Center for every candle purchased.

“It also says shine on, so don’t let anyone take your pride,” Brinkley said reading the candle.

“I think the scent needed to be like a celebration and support an organization I feel very passionate about,” Brinkley said.

The LGBT Life Center opened as a safe space for the LGBT community in 2011. Over the last 10 years, Executive Director Stacie Walls said they’ve definitely felt Hampton Roads grow with them.

“The growth since then to now is heartwarming because, when we first opened there were people that said, why do you need a center,” Walls said.

Walls said since then the center has set out to give resources and support to the LGBTQ community. Their June calendar is filled with pride events for everyone.

“It is a good place to ask questions and spend some time,” Walls said.

She’s thrilled to have Brinkley’s new Pride candle to keep spreading their message.

“And then eventually that leads to full acceptance from everybody,” Walls said. “It takes some time sometimes, but Pride is for everyone. No matter what it’s for everyone.”

Brinkley never thought a wax candle could mean so much.

“You don’t know how big of an impact you have with something you think could be small, but making it bigger than yourself, it’s pretty powerful,” Brinkley said.

But he plans to keep jarring the love across Hampton Roads.